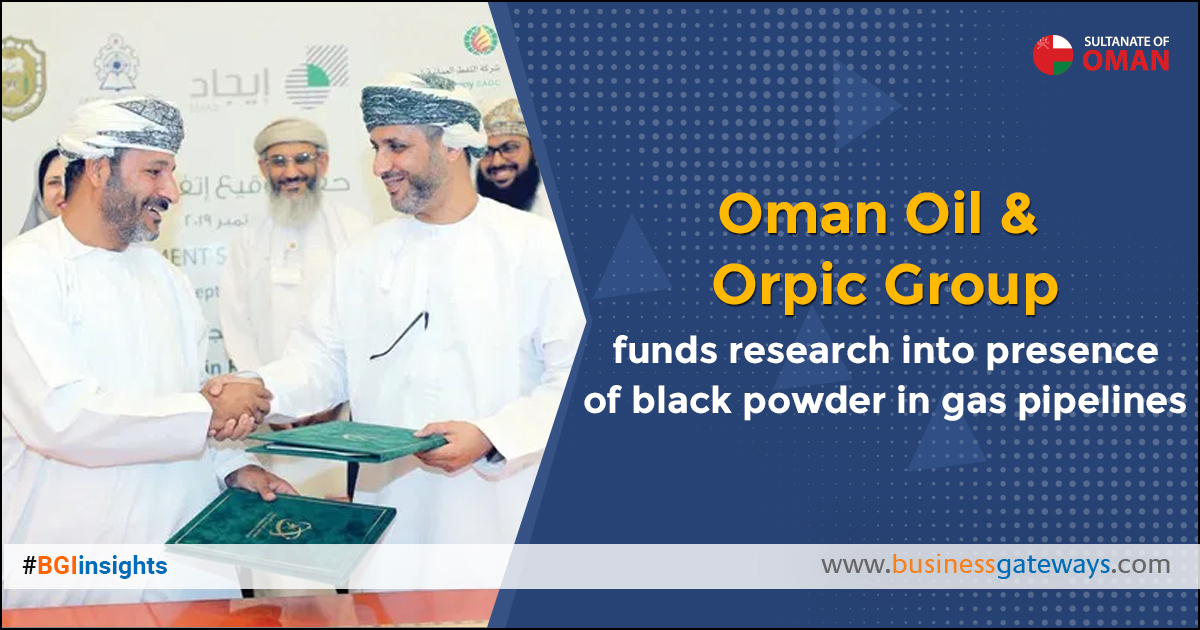 Oman Oil and Orpic Group has signed a partnership agreement under the auspices of Ejaad — a collaborative platform that connects industry with academia in the pursuit of scientific research and innovation — to study the root causes behind the build-up of a black powdery substance in the Sultanate’s extensive network of natural gas pipelines.

Under the one-year-long agreement, Oman Oil and Orpic Group will work with researchers at Sultan Qaboos University (SQU), as well as the Higher College of Technology, to investigate the causative factors behind this unexplained phenomenon.

The pact was signed by Mansoor bin Ali al Abdali, Operations Director — Oman Oil and Orpic Group, and Dr Hamood bin Khalfan al Hadhrami, the Principal Researcher of the study, from Sultan Qaboos University. Also present on the occasion were representatives of SQU, Ejaad (part of The Research Council) and other partner organisations.

The study will focus on two gas pipelines of 24-inch and 32-inch diameters extending a combined distance of 340 kilometres. As part of their investigations, the research team will delve into the factors that contribute to the formation of the black powder, and recommend options for its disposal in an environmentally safe manner.