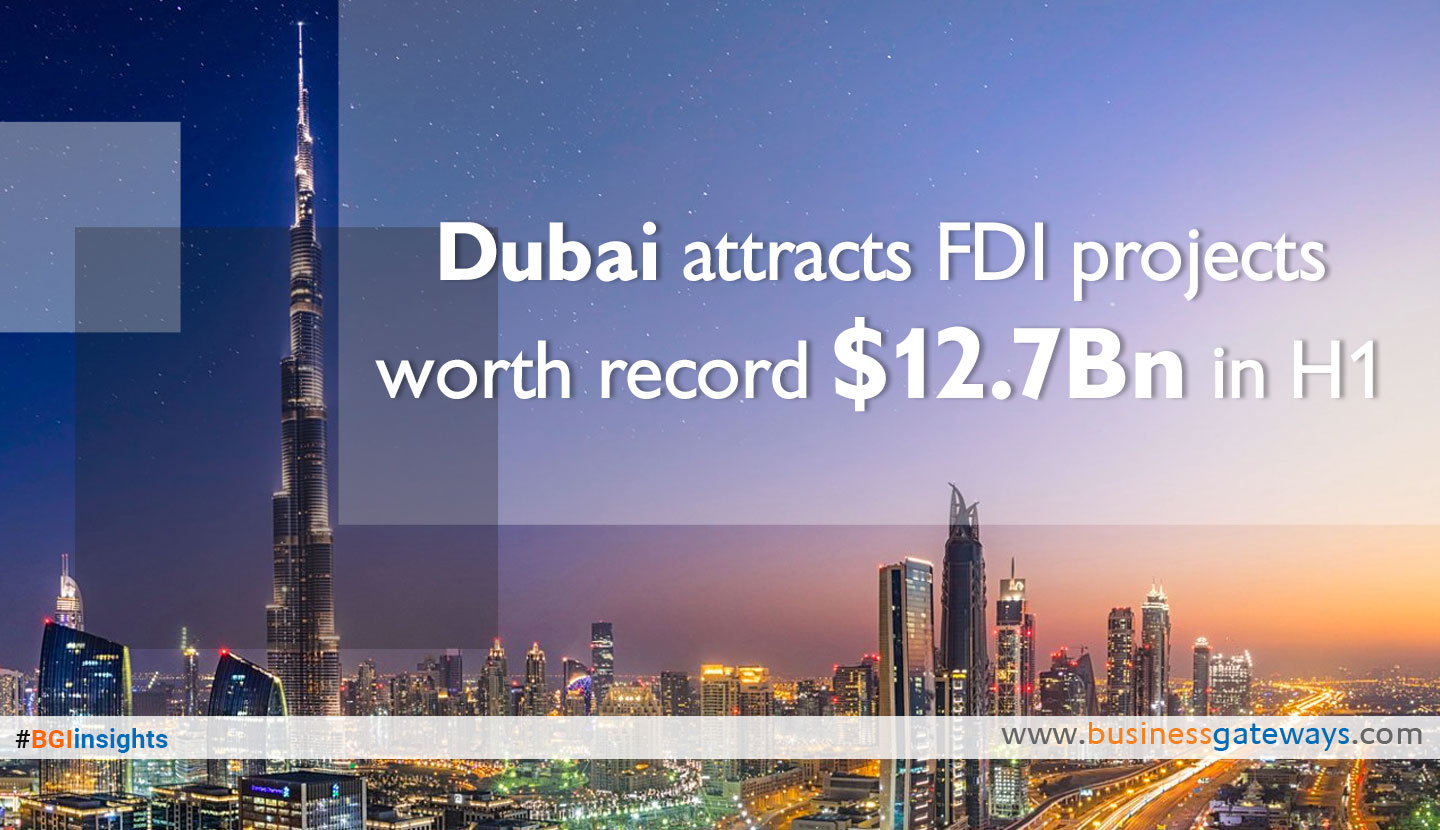 During the period, Dubai has continued to progress in global rankings of the most attractive cities for FDI, ranking third in the world in attracting FDI, in terms of both capital flows and the number of Greenfield projects.

The FDI flows and rankings results were revealed by Dubai Investment Development Agency (DUBAI FDI), an agency of Dubai Economy-Government of Dubai, based on the Financial Times’ fDi Markets, the world’s leading online platform that monitors data on capital flows and Greenfield FDI projects around the world and the ‘Dubai FDI Monitor’ data.

Sheikh Hamdan pointed out that Dubai has been particularly successful in attracting advanced technology and specialised talent in the first half of 2019. “This is a proud achievement for Dubai. With the growth of talent and technology, Dubai will accelerate its drive to become the smartest and most sustainable city of the future,” he added.

Sheikh Hamdan pointed out that Dubai ranked ninth globally in job creation through FDI, according to the Financial Times’ fDi Markets data. “This achievement will further strengthen Dubai’s position as one of the most attractive destinations for promising talent, thanks to our leadership’s initiatives to develop legislative frameworks that enhance the role of talent in building a knowledge and innovation economy in Dubai and the UAE,” he concluded.

Sami Al Qamzi, director general of Dubai Economy, noted that Dubai has maintained a leading position among top global cities in FDI attraction over the past five years.

“A new FDI Law, numerous economic incentives and concerted efforts to deepen cooperation and partnerships with the private sector have all contributed to Dubai’s record FDI achievements,” said Al Qamzi.

“Dubai is classified as a Major City in international rankings for top FDI locations, ranking third in overall rankings and second in economic potential in the latest “Global Cities of the Future 2018-2019", report by the Financial Times’ fDi Benchmark study, thanks to Dubai’s strategic initiatives across key economic sectors, which offer current and future opportunities for the investor community,” he concluded.

As for FDI source countries, according to “Dubai FDI Monitor” data, in the first half of 2019, the US continues to lead FDI capital flows to Dubai by 34 per cent, while China has risen to the second position with 28 per cent, followed by the UK with 11 per cent, France with 5 per cent and Singapore with 5 per cent. The five countries together accounted for 83 per cent of total FDI capital flows to Dubai in the first half of 2019.

Al Gergawi pointed out that FDI inflows to Dubai will help shed light on the trends that shape the future growth of investment flows to Dubai as part of the ‘Dubai Investment Week’ programme held under the patronage of Sheikh Hamdan.

The week-long programme of events will showcase how Dubai has transformed the challenges of future cities into opportunities for growth, partnership and innovation through a rich agenda that includes four strategic forums.

‘Dubai Investment Week’ will be held from September 29 to October 3, under the theme “Investing in the City of the Future”. The opening Ceremony of the event, which will be held today (September 30) at Jumeirah Emirates Towers, will feature international keynotes, dialogue between leaders and the Impact FDI Awards ceremony.