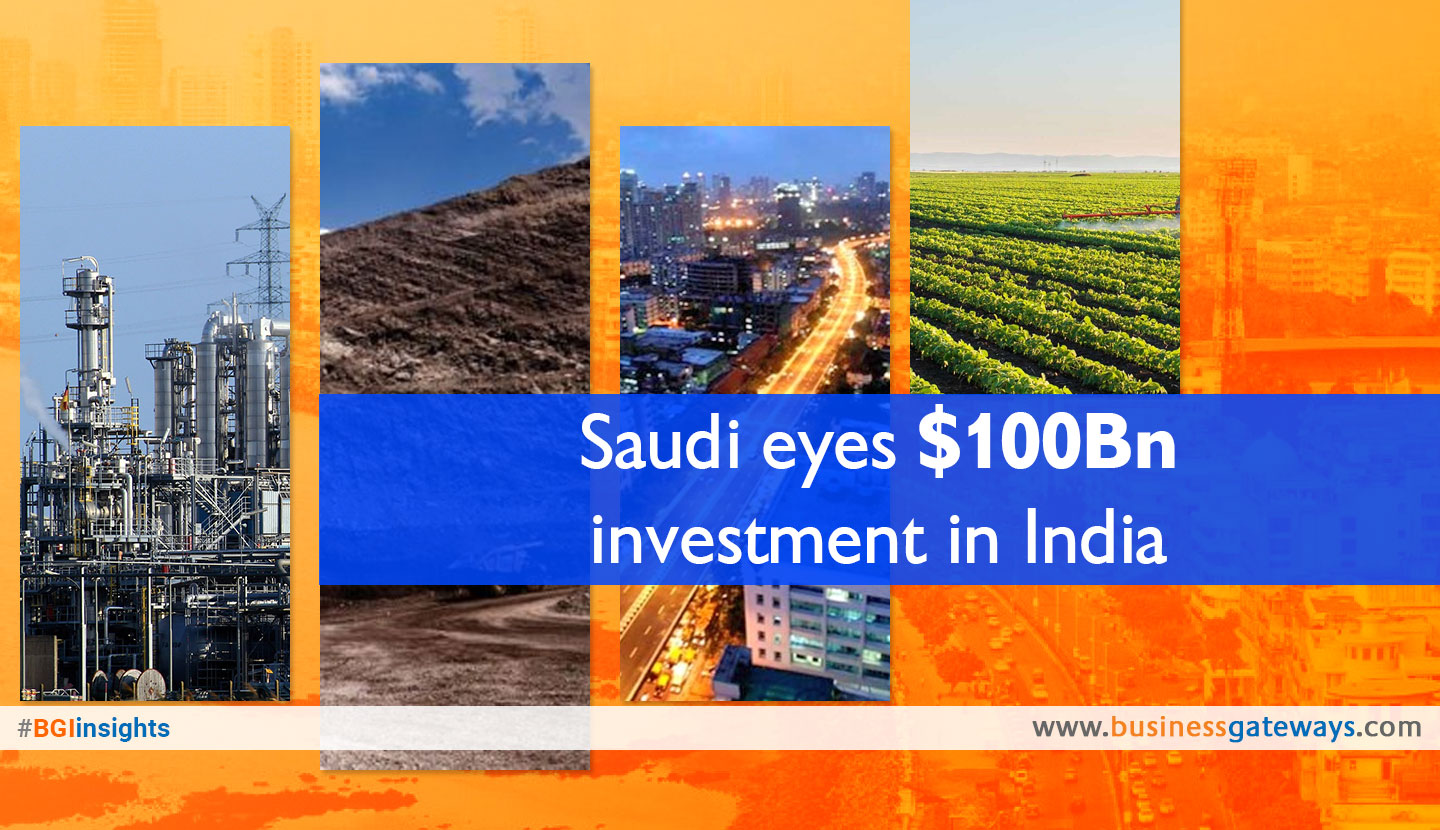 Saudi Arabia is planning to invest around $100 billion into the India's booming energy sector mainly in the areas of refining and petrochemicals, reported Press Trust of India, citing a senior Saudi government official.

The world’s biggest oil exporter, Saudi Arabia ,is a key pillar of India’s energy security, being a source of 17 per cent or more of crude oil and 32 per cent of LPG requirements of the country.

Considering India’s growth potential, the kingdom is eyeing long-term partnerships with New Delhi in key sectors such as oil, gas and mining, it stated.

This comes on the heels of a partnership between the country’s biggest oil giant Aramco and Reliance Industries Limited, which reflects the strategic nature of the growing energy ties between the two countries.

Saudi Crown Prince Mohammed bin Salman, had during his India visit in February this year, revealed "investment opportunities worth over $100 billion in India over the next two years in key sectors such as agriculture, technology and tourism."

The kingdom signed five agreements - including an MoU with regard to the kingdom's joining the International Solar Alliance (ISA) - at the start of his landmark two-day visit in the presence of Indian PM Narendra Modi.

“Saudi Aramco’s proposed investments in India’s energy sector such as the $44 billion West Coast refinery and petrochemical project in Maharashtra and long term partnership with Reliance represent strategic milestones in our bilateral relationship,” the ambassador told the news agency.

Al Sati said that the vision 2030 of Crown Prince Mohammed bin Salman will also result in a significant expansion of trade and business between the two nations.

"More than 40 opportunities for joint collaboration and investments across various sectors have been identified in 2019, adding the current bilateral trade of $34 billion will undoubtedly continue to increase," he noted.

“There is huge untapped potential available in merchandise trade, particularly in non-oil trade and we are enhancing cooperation in economic, commercial, investment, cultural and technological fields,” he added.