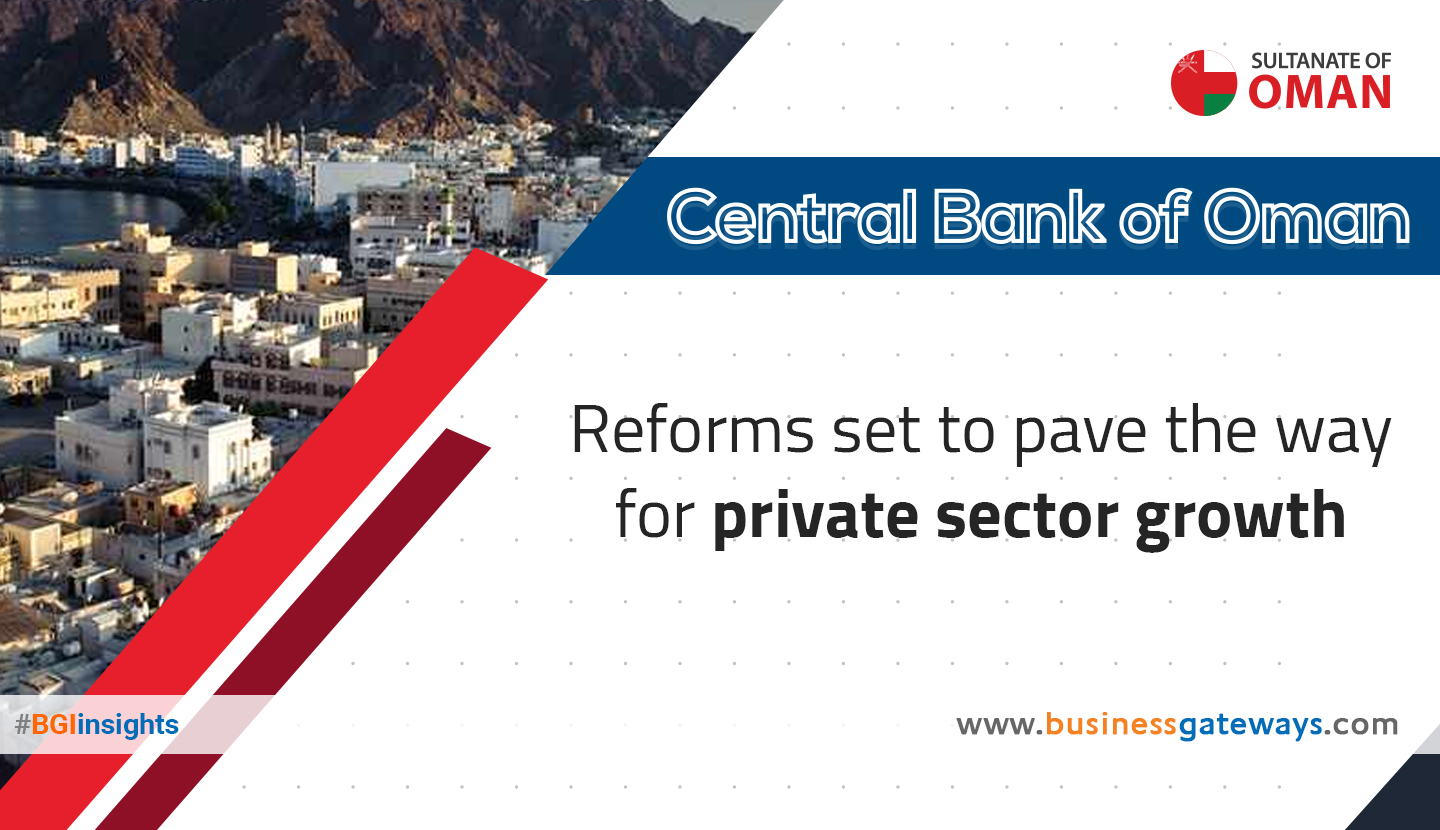 A leading official at the Central Bank of Oman has revealed Oman’s efforts to encourage more investment in the country, as the Sultanate looks to develop an economy which will have a non-oil future, and be less dependant on oil and gas.

Speaking to the Oxford Business Group, Tahir Al Amri, Executive President, Central Bank of Oman (CBO), discussed Oman’s plans to boost foreign investment among other topics in a wide-ranging interview with the company.

Al Amri highlighted the measures introduced by the CBO aimed at improving the ease of doing business in the Sultanate, which included reducing the minimum capital adequacy ratio by one percentage point in 2018 and implementing the bank resolution framework earlier in 2019. While acknowledging that some reforms, such as the bankruptcy law, will need some time, Al Amri said other steps already taken were expected to deliver results relatively quickly.

The interview will appear in The Report: Oman 2020, OBG’s forthcoming publication on the Sultanate’s economic development and investment opportunities. Al Amri also gave details of the measures implemented by the CBO to ensure that Oman is well-positioned to tap fintech opportunities.

“There have been many key developments so far; firstly, we have laid down the infrastructure for payment systems with the ratification of the payments law in February 2018, which was a huge step in establishing the usage of e-wallets,” he said. “Secondly, while at the moment all fintech-related players hold banking licences and are monitored by the CBO, we are planning to allow non-banking fintech entities to operate under a new and separate licence.”

Al Amri added that the central bank was also encouraging banks to issue contactless cards. “We are really looking forward to the extensive benefits fintech is bringing to the Sultanate, namely the provision of faster and more affordable financial services to customers and enhanced financial intermediation in terms of both increased outreach and efficiency,” he told OBG.

The Report: Oman 2020 will be a vital guide to the many facets of the country, including its macroeconomics, infrastructure, banking and other sectoral developments. It will contain special coverage of the Sultanate’s 50th National Day anniversary and its blueprint for economic diversification, Oman Vision 2040. The publication will contain a detailed, sector-by-sector guide for investors, alongside contributions from leading personalities.

The Report: Oman 2020 will be produced with the Public Authority for Investment Promotion and Export Development (Ithraa), the Oman Chamber of Commerce and Industry and Ominvest. It will be available online and in print.