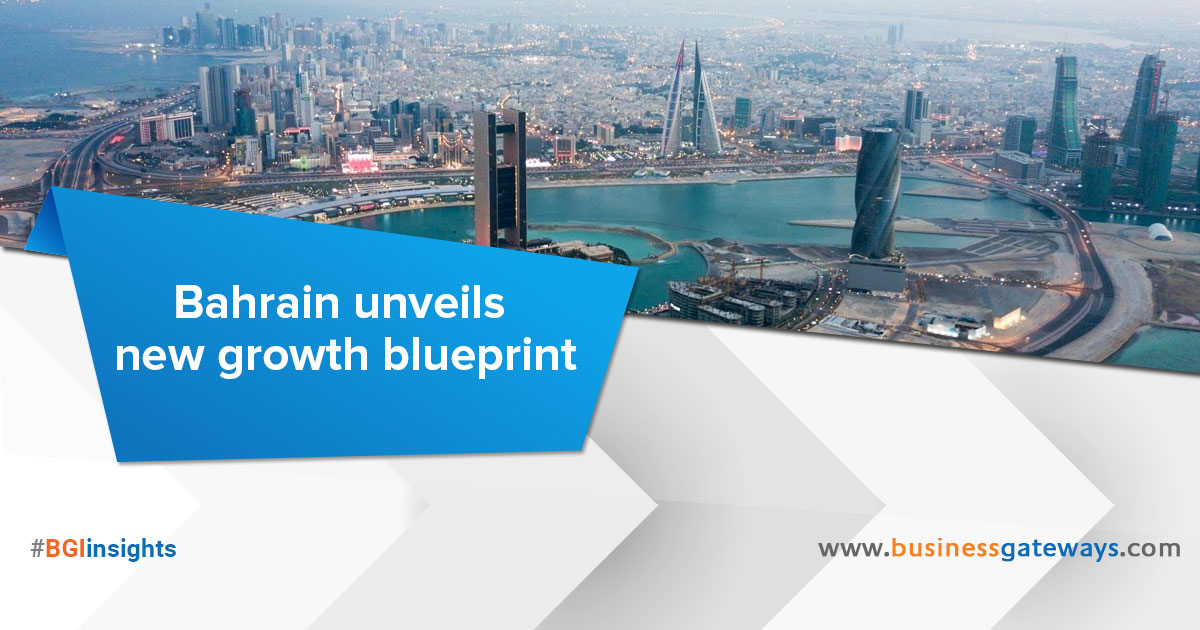 Bahrain has unveiled a new blueprint covering a wide range of development projects and innovative programmes designed to accelerate the pace of growth.

HRH the Crown Prince stressed the importance of advancing government service delivery by enhancing competition and embracing innovation in order to accelerate development, in line with the vision of His Majesty the King.

Prince Salman noted that development projects that serve citizens, residents, investors and tourists are foundations for economic success, and key to unlocking the ambitions of the kingdom and its people.

He highlighted the challenges faced by the private sector, noting that despite the positive results yielded by the kingdom, Bahrain’s economy is influenced by global economic challenges. In this regard, he emphasised that the government continues to support key economic sectors and support their innovation.

On this, he directed the Ministry of Finance and National Economy to coordinate with the Ministry of Industry, Commerce and Tourism, Bahrain Chamber of Commerce, the Labour Fund ‘Tamkeen’, and national banks to create a BD100 million liquidity fund to restructure corporate financial commitments and further support the growth of innovative activity across key sectors.

He also announced the launch of the National Genome Project that aims to introduce a genetic testing unit at Salmaniya Medical Complex. The testing unit is set to collect 50,000 samples in the upcoming five years to establish a database that together with the use of data science and technology will improve the quality of health services.

The Crown Prince highlighted Bahrain’s most important achievements, the progress of strategic projects, and the results of key economic indicators.

Speaking on the Fiscal Balance Program, which aims to achieve a fiscal balance by 2022, Prince Salman noted that the initial results were positive.

HRH the Crown Prince highlighted the progress of the National Employment Program, a programme designed to make citizens the first choice of employment, noting that since its launch 3,082 companies from the private sector have contributed to its success.

The programme has employed a total of 5,918 Bahrainis, and helped Bahrainis working in the private sector increase their income by 4.3 per cent.

He outlined key development projects supported by the GCC Development Fund and the injection of an additional $5 billion over the coming period, which include:
* Housing units in East Hidd, Khalifa Town, Salman Town and Reclamations of East Sitra;
* A number of main roads
* The development of major water and electricity stations
* Expanding public transportation
* Six new schools

He said the government housing programme has completed the delivery of 25,000 housing units and issued directives to expedite the completion of the infrastructure services for these new towns.

He said the Ministry of Housing has allocated a total of 6,000 new units this year, and directed the allocation of an additional 3,000 housing units in East Sitra, as well as inviting the private sector to increase their contribution to the Kingdom’s housing delivery process.

Health sector achievements, he said, include the ratification of a new health insurance law, the appointment of a board of directors for the heath insurance fund, and the launch of the National Ambulance System, which has already reduced ambulance response times at 8 locations, and once completed will do so across 13 locations.

HRH the Crown Prince then provided an update on the kingdom’s key infrastructure projects that aim to support government service delivery and create quality opportunities for citizens. He added that the expansion project of Bahrain International Airport is set to open in the first quarter of 2020.

He announced the near-completion of the Line 6 Expansion Project of Alba that will make Alba the world's largest aluminium smelter and further enhance Bahrain’s competitiveness.

Turning to the business environment, HRH the Crown Prince highlighted the kingdom’s efforts in streamlining the business registration process, which included the launch of Sijilat 2.0 that has issued commercial registrations in a record time of 93 seconds, and the launch of Benayat, a streamlined process for issuing building permits within five days. HRH the Crown Prince added that today, as a result of this enhancement, it now takes 2.7 days on average to issue building permits.

HRH the Crown Prince stressed the importance of facing unprecedented challenges as they arise by evaluating and addressing them. He pointed to the swift investigation into the electricity and water bills, and directed the immediate launch of a new electricity and water billing system, in addition to accelerating the deployment of a smart net energy metering system in order to build confidence in this service.

In conclusion, HRH noted that looking back at previous accomplishments should renew our drive towards the next phase of development, which requires enhanced confidence and renewed resolve.