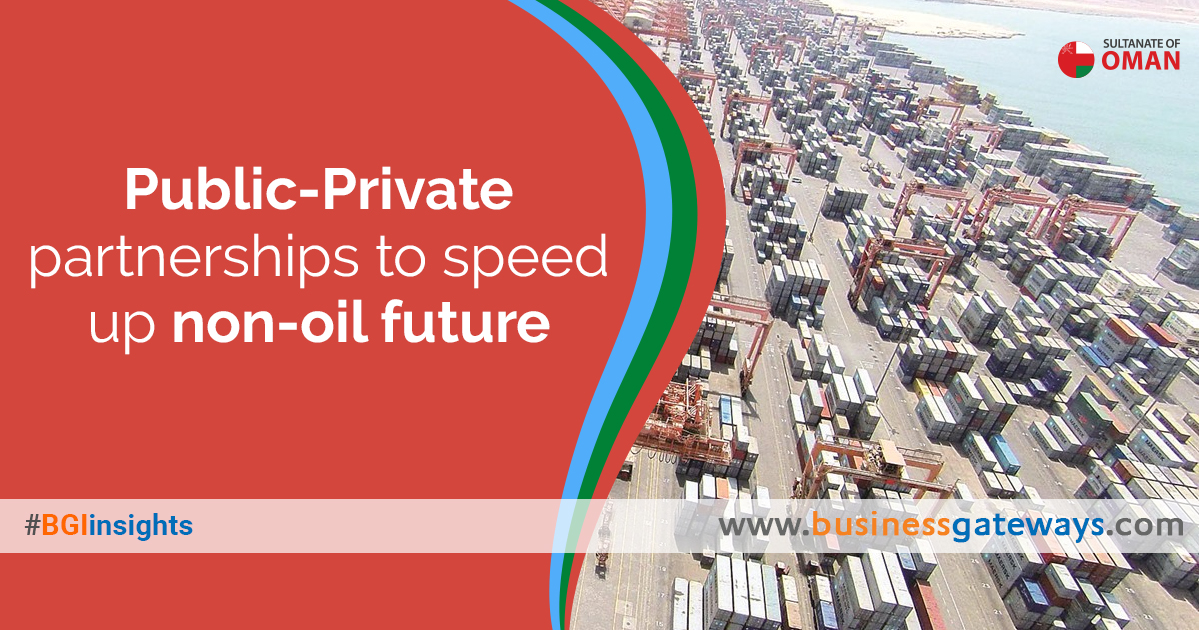 Oman’s efforts to set up partnerships between the country’s public and private sectors as it moves towards the twin objectives of economic efficiency and diversification will shield the Sultanate against a potential drop in the price of oil, the Minister of Finance said.

Speaking to Times of Oman, HE Darwish Al Balushi, the minister of finance, said, “Boosting the percentage of non-oil activities means that Oman is moving on the right track towards diversifying the economy and gradually becoming less dependent on oil.

“The contribution of non-oil activities at the end of 2018 increased to about 70 per cent of GDP, a percentage the private sector had a major role in achieving,” he added. “In this context, Oman Vision 2040 adopted the PPP concept as one of its main pillars, which will be translated in practice through the next five-year development plan.”

Al Balushi explained that even though oil prices were not expected to fall, Oman has been preparing itself for any fluctuations in the oil price. He also said that Oman had already looked at various sectors for public-private partnerships, saying, “"Oman's Vision 2040 has highlighted some promising sectors that will be worked towards in the upcoming five-year plans leading up to 2040, based on economic developments that continue to occur.”

He also said that students and the youth of Oman should always keep these plans in mind. When asked if students and jobseekers should evaluate potential job opportunities based on the sectors Oman has focused on for Vision 2040, he said, “Undoubtedly, they should. There are constant developments such as the fourth industrial revolution, renewable energy, and knowledge-based economies. All of these are clear now.

"Also, in terms of public-private partnership, this is an important factor for the future, so as to give the private sector a larger role in leading diversification efforts in the country, as well as investments and infrastructure projects and providing job opportunities,” added Al Balushi. “Just as there are promising sectors, the private sector itself is vitally important in leading the economy forward," he added.

According to him, the Public Authority for Privatisation and Partnership (PAPP) is pushing harder for partnerships that can benefit Oman. He said: "It is noteworthy that by the end of the Ninth Five-Year Development Plan, the government aim is for the value of the projects related to the PPP programmes to reach about OMR2.5 billion. In addition, the PAPP is currently studying more than 20 other initiatives for submission thereof to the private sector in the near future.”

The Minister of Finance’s comments came during the Supreme Council of Planning’s (SCP) Public Private Partnership Forum, which took place at the Oman Convention and Exhibition Centre 7 and 8 October, under his patronage.

A statement from the SCP said: “The forum aims to exchange knowledge and experience in the public-private partnership sector and lay down its principles. It will also explore aspects of some developmental projects which can be executed with the PPP model in Oman.”

HE Talal Al Rahbi, deputy secretary general of the Supreme Council for Planning, spoke on how Oman's development plans focus on the private sector to drive efficiencies and create jobs, saying: "The Ninth Five-Year Development Plan encompasses our aspirations for an effective and real public-private partnership. The plan charted a leading role for the private sector, as our ambition then was that its contribution would reach 52 per cent of the investments in development projects in addition to strengthening its role as a key driver for growth."

"Foreign investments are a big part of Public-Private Partnerships," added Al Rahbi, saying in this context, “The Ninth Five-Year Development Plan, which adopts the diversification of national economy has an ambitious target and end, which includes aspirations for the development role of the private sector in enhancing the utilisation of national resources and creating job opportunities through national and international investments.

"In this regard, the government still undertakes its responsibility to provide an environment that enables the promotion of private and foreign investments”.

"Economic diversification also had its impact and role in the Ninth Five-Year Development Plan which runs from 2016 to 2020, with the total estimated investments in the strategic sectors amounting to OMR11.409 billion, the total estimated investment for the Ninth Five-Year Development Plan stands at OMR40.812 billion, and the volume of foreign direct investment (FDI) at the end of 2018 was OMR10.6 billion," he added.

According to a statement by the Supreme Council for Planning, "HE Al Balushi affirmed that in the implementation of the Royal Directives, the government recently issued a set of legislations that regulates and stimulates the investment environment in the Sultanate, notably the Foreign Capital Investment Law, the Commercial Companies Law, the Public-Private Partnership Law, and the Privatisation Law.

"The government has recently established the Public Authority of Privatisation and Partnership (PAPP) to oversee the implementation of the government policies in the field of partnership in order to achieve the priorities of economic development," the statement added.

The forum examines global experiences of public-private partnerships, as well as some of the projects that could be implemented in Oman.