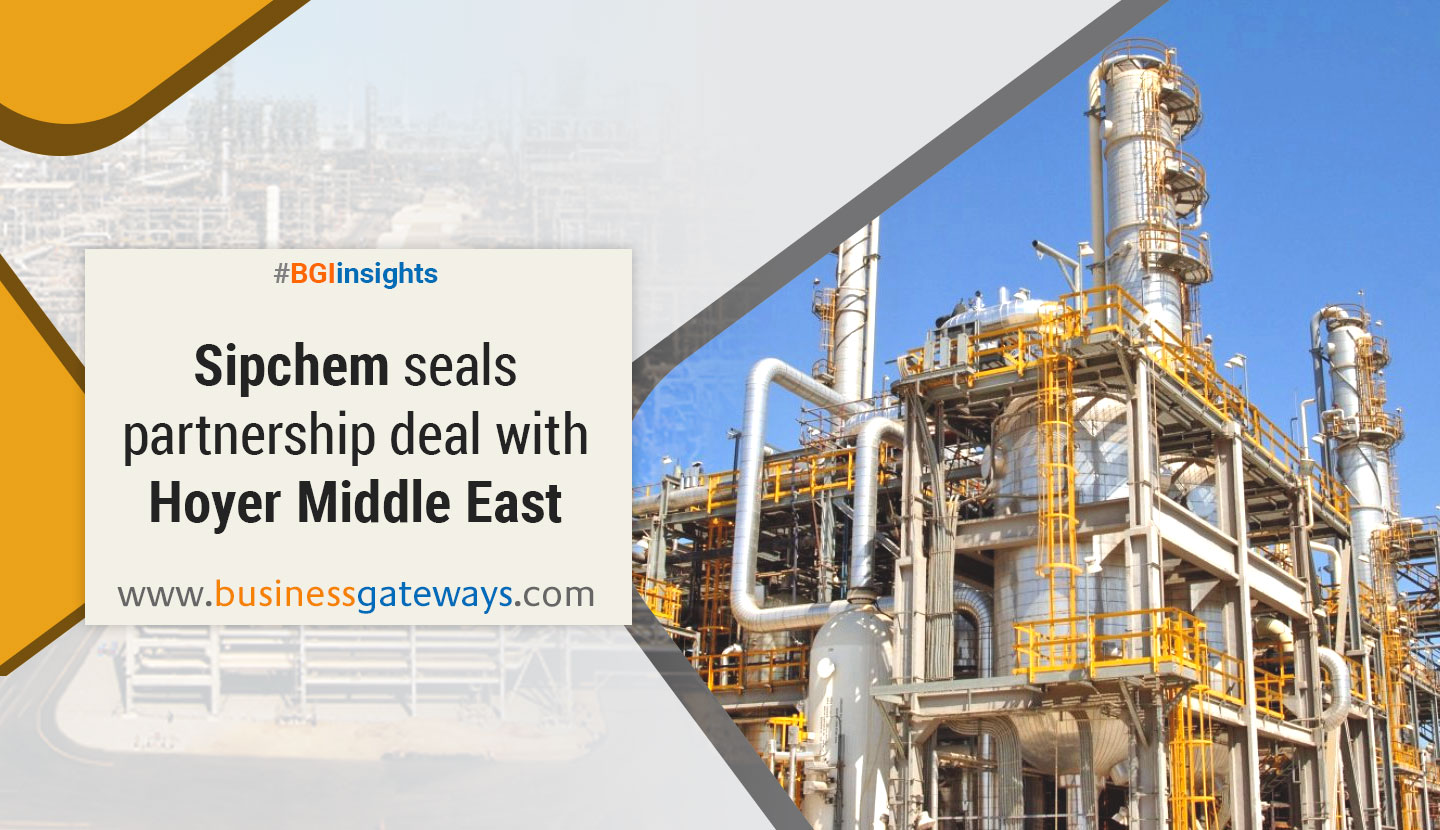 Sahara International Petrochemical Company (Sipchem), an integrated global leader in the petrochemical sector and a company listed on the Saudi Stock Exchange, signed a Letter of Intent (LOI) with Hoyer Middle East to further enhance the reach of its chemical products.

The agreement is in line with Sipchem’s vision to expand to a full-fledged distribution company capable of delivering products and services to both large and small-to-medium businesses located in the kingdom and internationally.

Hoyer Middle East is part of the Hoyer Group, one of the worldwide market leaders in moving liquids, including chemical products, by road, rail and sea.

It has been one of the world’s leading bulk logistics providers since 1946. It has extensive know-how in the provision of complex services, and has special customer proximity.

The signing took place at a recent forum organised by Sipchem, in collaboration with Argus Media, titled “Sipchem-Argus Petrochemical Forum”, at the Sipchem Technology & Innovation Center “Manar” in Al Khobar.

The forum was attended by Sipchem CEO Engineer Saleh Bahamdan along with more than 150 experts from various petrochemical companies in the region.

Addressing the gathering, Bahamdan said the deal with Hoyer Middle East was yet another step forward in its growth strategy.

"I believe that this is a major building block that will further strengthen Sipchem’s position as a leading petrochemical products supplier in the kingdom and internationally. At Sipchem we believe that the chemical industry’s growth will continue, driven by positive market dynamics," he stated.

He pointed out that the new business venture was in line with Sipchem’s commitment to support local industries within the kingdom.

The agreement will create new opportunities for SMEs within kingdom and at the same time unlock additional value potential for Sipchem, he added.

During the forum, representatives of both Sipchem and Argus Media discussed the challenges facing the petrochemical industry in 2020.

Bahamdan also provided an update on Sipchem’s progress following the successful merger of equals between Sipchem and Sahara Petrochemical Company.

"Sipchem’s growth to date and future expansion plans are in line with the strategic goal of Saudi Arabia’s Vision 2030 to build national champions with strong local and international reach in a sector that has been identified as a priority for the future economy of the kingdom," he added.