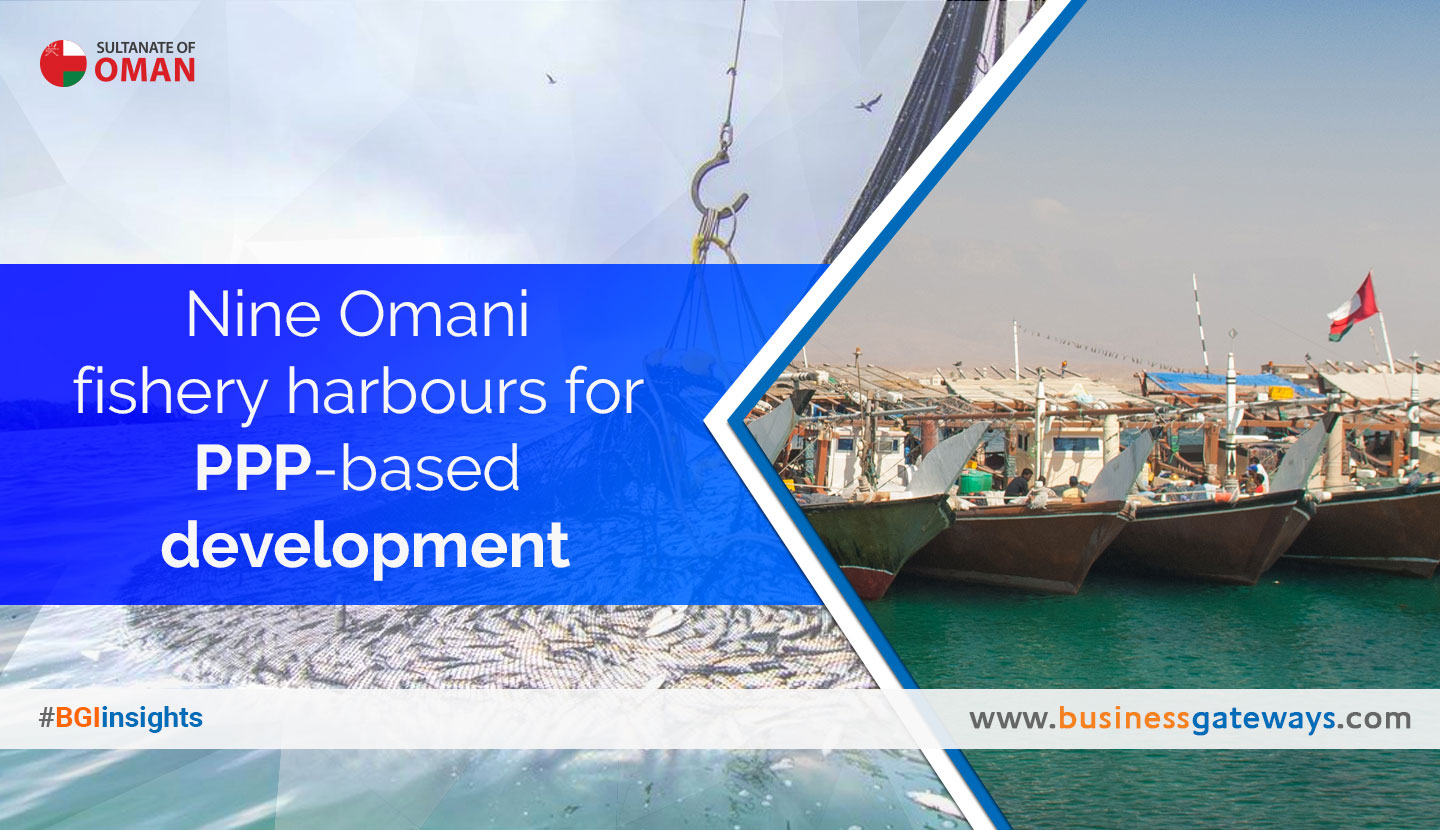 Oman’s Ministry of Agriculture and Fisheries has identified nine locations along the Sultanate’s coast for the establishment of fishery harbours via the Public Private Partnership (PPP) route.

A snapshot of the initiative was presented at the PPP Oman Forum 2019, which opened at the Oman Convention and Exhibition Centre on Monday.

“We are inviting private investors to support the development of major fishery harbours under long-term lease agreements,” said an official of the Ministry’s Operations Department, which is driving its PPP strategy.

“These projects are envisioned as multipurpose fishery harbours that offer integrated facilities designed to catalyse investment in fisheries, tourism, and commercial activities, as well as cater to the requirements of government support institutions.”

Speaking to the Observer, the official said the PPP-based fishery harbour ventures are planned at the following locations: Kumzar (Musandam Governorate), Liwa and Al Khabourah (North Al Batinah), Musannah (South Al Batinah), Sur and Masirah (South Al Sharqiyah), and Sadah, Mirbat and Rakhyout (Dhofar). Of these locations, five have already been approved for PPP-based implementation, while proposals linked to the remaining four are currently being vetted by the Ministry of Finance.

The private partner, the official said, will be responsible for the design, construction, financing and maintenance of the harbour facility during the tenure of the lease agreement. “The underlying goal is to support the development of the fisheries sector in Oman through investments in modern infrastructure and berthing facilities for local fishermen, and consequently support job creation for locals as well,” he said.

Importantly, the PPP arrangement between the government and the private partner will be modelled on agreements signed by the Ministry of Agriculture and Fisheries with private investors awarded contracts to develop multipurpose fishery harbours at Barka and Taqah, according to the official.

Falcon Tourism Investment Company, a subsidiary of prominent Omani investor and developer Al Siyabi Group, is upgrading Barka Fishery Harbour at a cost of $130 million that includes a lavish waterfront development to serve as a new landmark for shopping, entertainment, leisure and hospitality. As part of its obligations under a lease agreement with the Ministry, Falcon Tourism Investment has committed to the construction of a full-fledged, modern fish market complex, complete with support facilities that will be integrated with the marina development. The project will also exploit its waterfront location to offer adventure watersports and boat racing activities, in addition to a 4-star luxury resort and serviced apartments.

In Taqah (Dhofar Governorate), the Ministry has signed a deal with Al Madina Taqah, a wholly owned project company of Al Madina Real Estate, to transform the Taqah fish harbour into a tourism and leisure destination as well. Under the agreement, the Ministry is leasing part of the waterfront overlooking the fish harbour for development into a mixed-used property. As the Master Developer, Al Madina will develop this site at Taqah into a mixed use destination featuring tourist elements, including a marina for leisure boats, among other tourism related facilities. There will be restaurants and a boulevard to attract crowds to enjoy fresh local food, as well as the waterfront ambience.