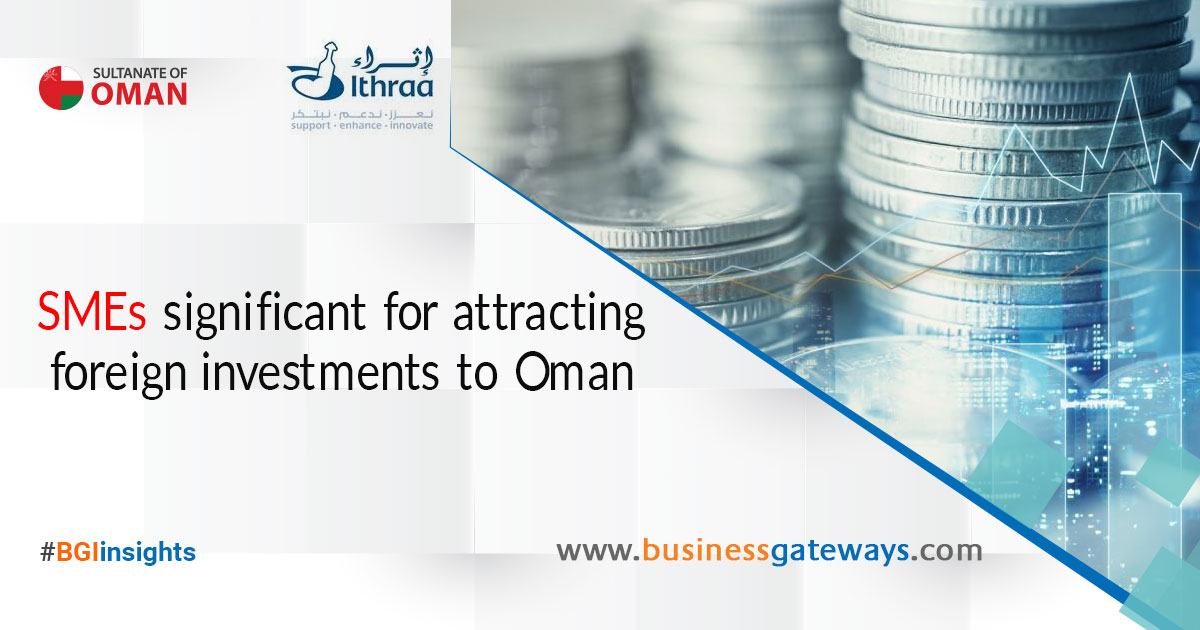 The presence of Small and Medium Enterprises (SMEs) in Oman is a potential draw for foreign investors and companies hoping to do business in Oman, according to the CEO of the Public Authority for Investment Promotion and Export Development (Ithraa).

Azzan Al Busaidi, the CEO of Ithraa, told Times of Oman that their is a definite link between growing SMEs in the Sultanate and attracting foreign investment, when asked about the role of SMEs in drawing investors for Public-Private Partnerships and whether Ithraa makes an effort to introduce investors to Omani SMEs.

Al Busaidi said: "Yes [we do]. In Ithraa, this is a part of the visit programme that we prepare for potential investors, either at their request or our own discretion.

"We believe that there should be a link between money invested in Oman no matter what sector it is in and between the grown number of SMEs that the government has spent quite a bit of money investing in, bringing them up to a level where they can provide services at the world level.

"This is done by us in Ithraa and using tools we will be introducing quite soon it will also be done electronically to ensure that there is a link between potential investors and SMEs in Oman" he added.

Al Busaidi made these statements during the Supreme Council of Planning’s (SCP) Public Private Partnership Forum, which is taking place at the Oman Convention and Exhibition Centre on 7 and 8 October.

A statement from the SCP said: “The forum aims to exchange knowledge and experience in the public-private partnership sector and lay down its principles. It will also explore aspects of some developmental projects which can be executed with the PPP model in Oman.”

According to Ithraa’s CEO, Oman has progressed by leaps and bounds towards making Oman more attractive for private investors by issuing a list of economic laws in July, which included the Foreign Investment law removing the minimum capital requirements on foreign investments and also creating government agencies to encourage business in Oman.

According to a presentation by Al Busaidi, current incentives for foreign investors include: "100 per cent ownership of projects, freedom in transferring capital and revenues, the lack of a personal income tax, a lack of VAT, and a low income tax for companies at only 15 per cent."