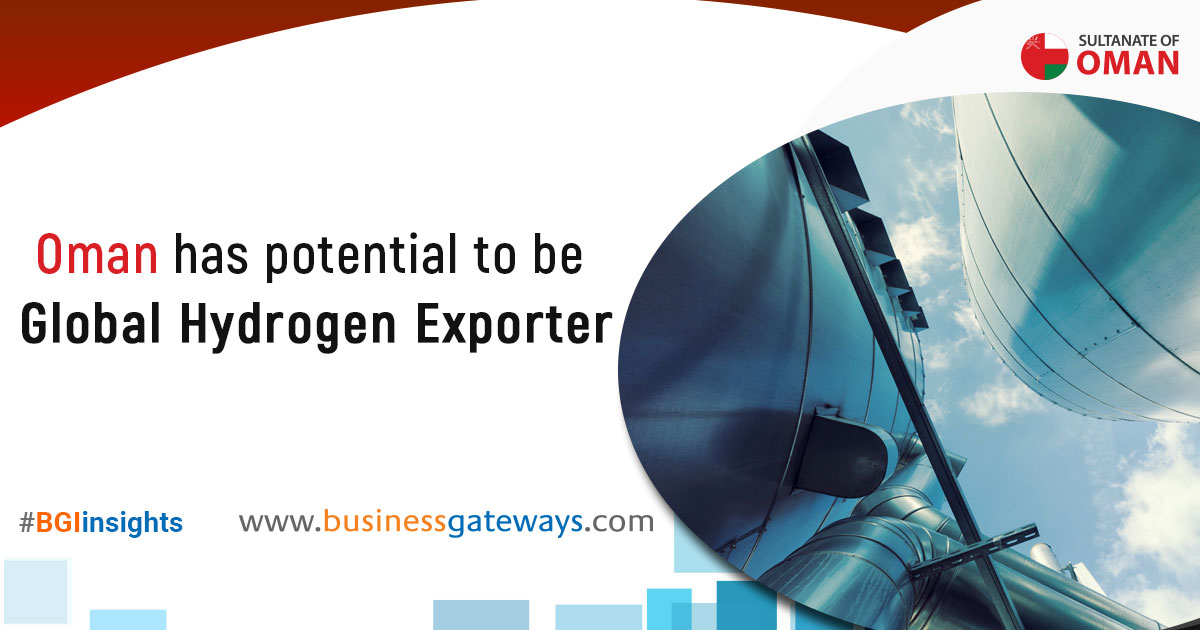 A preliminary study undertaken by a pair of German organisations has underscored the Sultanate’s potential to evolve into a world-scale producer of green hydrogen fuel, with an export capacity that can outstrip current oil exports by a factor of ten.

The findings of the pre-study, jointly undertaken by the world-renowned Technical University of Munich (TUM) in collaboration with Hydrogen Rise AG, a German firm specialising in hydrogen fuel technologies, were presented at the 1st Oman Hydrogen Symposium held at the German University of Technology in Oman (GUtech) last week.

Environmentally friendly hydrogen is billed as the ideal alternative to fossil fuels currently singled out at the principal contributor to greenhouse gas emissions driving global warming and climate change. By harnessing renewable energy resources, chiefly solar and wind, hydrogen can be produced for local use, supply, storage and export, with the gas serving as an energy carrier in its own right in transportation and e-mobility applications, or used as feedstock in Oil & Gas, industrial and chemical processes.

“Oman could become a key player in the international green hydrogen economy,” said TUM’s Clara Orthofer (pictured), who participated in the pre-study. She cited in this regard the immense potential of Sultanate’s renewable energy resources, which can be developed to generate competitively priced electricity necessary to produce green hydrogen fuel on an industrial scale.

In technical terms, Oman has the potential to generate around 7,200 terawatt-hours/year of electricity from solar and wind resources, which is roughly equivalent to 220 times the current power demand in the country.

According to the German researcher, a hydrogen-based economy that roughly equates to Oman’s current oil export industry is equivalent to around 1,900 trillion BTU per annum in calorific value, which corresponds to 17 million tonnes of hydrogen. But with Oman’s green hydrogen fuel potential projected at close to ten times the current oil exports (equivalent to 20,000 trillion BTU per year), the hydrogen economy will be correspondingly greater.

To achieve this scale of hydrogen production, the Sultanate will require around 200 gigawatts of renewable energy capacity (producing around 700 TWh/year of electricity) in addition to 150-300 million cubic metres of desalinated water (equivalent to 8-15 per cent of water consumption at 2016 levels) for the electrolysis process. The land area required for solar PV and Concentrated Solar Power (CSP) based infrastructure would cover an estimated 3,000 sq kilometres.

These resources, chiefly solar PV and CSP, can be harnessed to guarantee high full load hours (FLH) at highly competitive generation costs, to enable continuous H2 generation, said Orthofer, noting the Sultanate can produce green hydrogen at costs averaging $3 per kilo of hydrogen, which is below the global average.

Clara stressed however that the findings would need to be further validated and fine-tuned through, among other initiatives, GIS modelling for detailed RE infrastructure demand assessment, and sensitivity analysis for dynamic price development and investment risks.