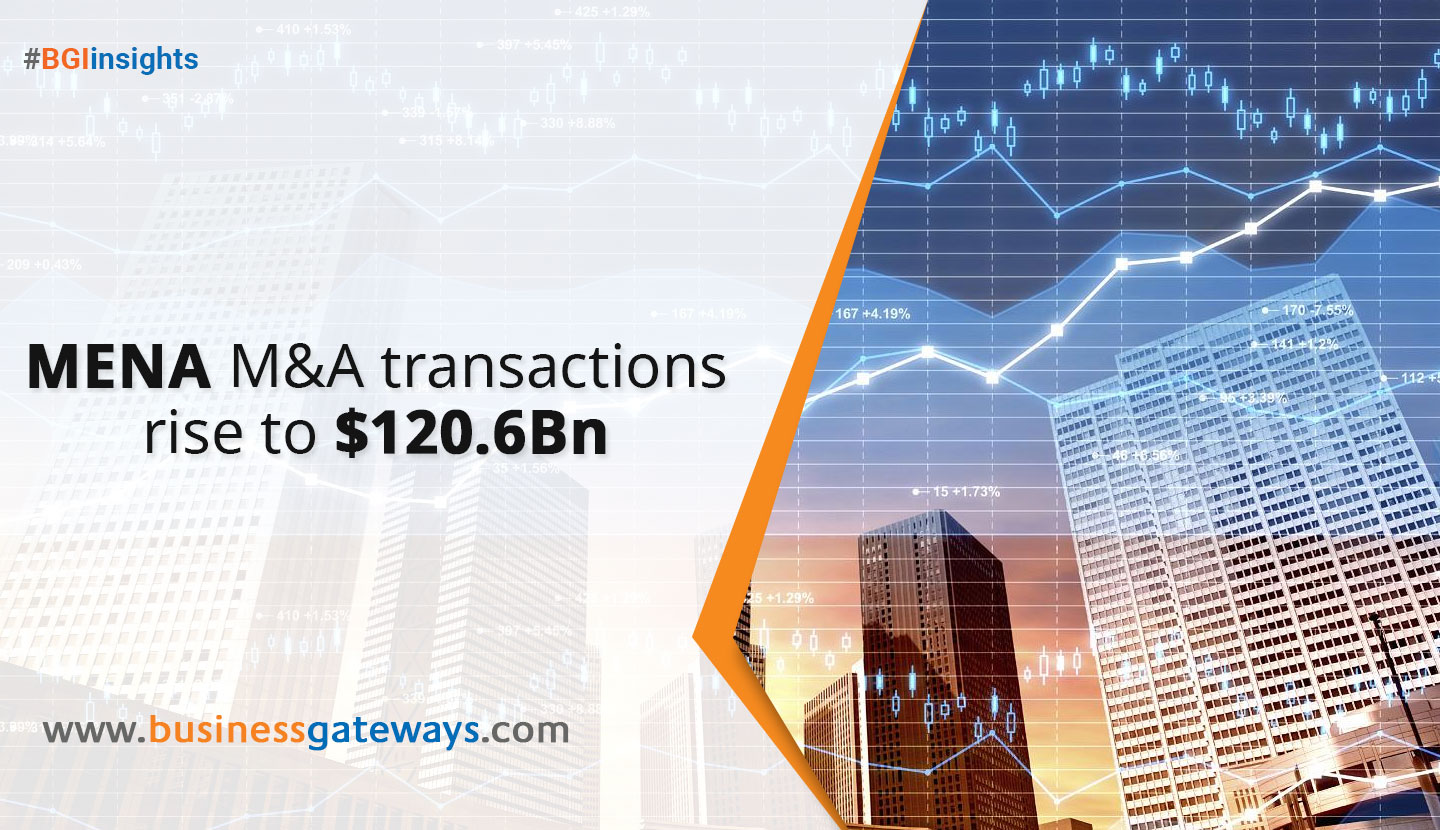 Middle Eastern and North African investment banking fees totalled an estimated $651.4 million so far during 2019, 15.2 per cent more than the value of fees recorded during the first nine months of 2018 and a 3-year high, according to Refinitiv’s 2019 third quarter investment banking analysis for the Middle East.

Fees generated from completed M&A transactions totalled $210.3 million, a 218 per cent increase from last year to an 11-year high. Syndicated loan fees reached $268.4million, down 9.6 per cent from YTD 2018. Debt capital markets fees accounted for 23 per cent of the overall MENA investment banking fee pool while Syndicated lending fees accounted for 41 per cent.

The share of completed M&A advisory fees up from 12 per cent to 32 per cent, to reach a 4-year high. Equity capital markets underwriting fees accounted for 4 per cent, down to a 10-year low. HSBC earned the most investment banking fees in the Middle East and North Africa so far during 2019, a total of $70.3 million for a 10.8 per cent share of the total fee pool, followed by JP Morgan and Standard Chartered in second and third place, respectively.

The value of announced M&A transactions with any Middle Eastern and North African involvement currently stand at an all-time high, up 160 per cent from YTD 2018 reaching $120.6 billion so far this year.

On the other hand, outbound volumes fell 29 per cent from YTD last year to $9.2 billion so far this year. Energy and Power deals currently account for 78 per cent of MENA target M&A by value, followed by the Financial sector with a 14 per cent market share. HSBC currently leads in the 9M any MENA involvement league table, followed by JP Morgan and Goldman Sachs in second and third place, respectively.

MENA equity and equity-related issuance totalled $1.7 billion so far during 2019, a 57 per cent decrease year-on-year to the lowest level since YTD 2004. With $1 billion, IPOs represent 61 per cent of the region’s ECM issuance, up from 25.1 per cent during YTD last year. Morocco stands out as the top issuing nation with $1 billion raised in ECM issuance, followed by Saudi Arabia and Kuwait. At a sector level, Real Estate account for 39 per cent of the region’s issuance with Financials coming in second place. Arabian Centres Co $660 million raised through an IPO, stands out as the biggest deal in the region so far this year.