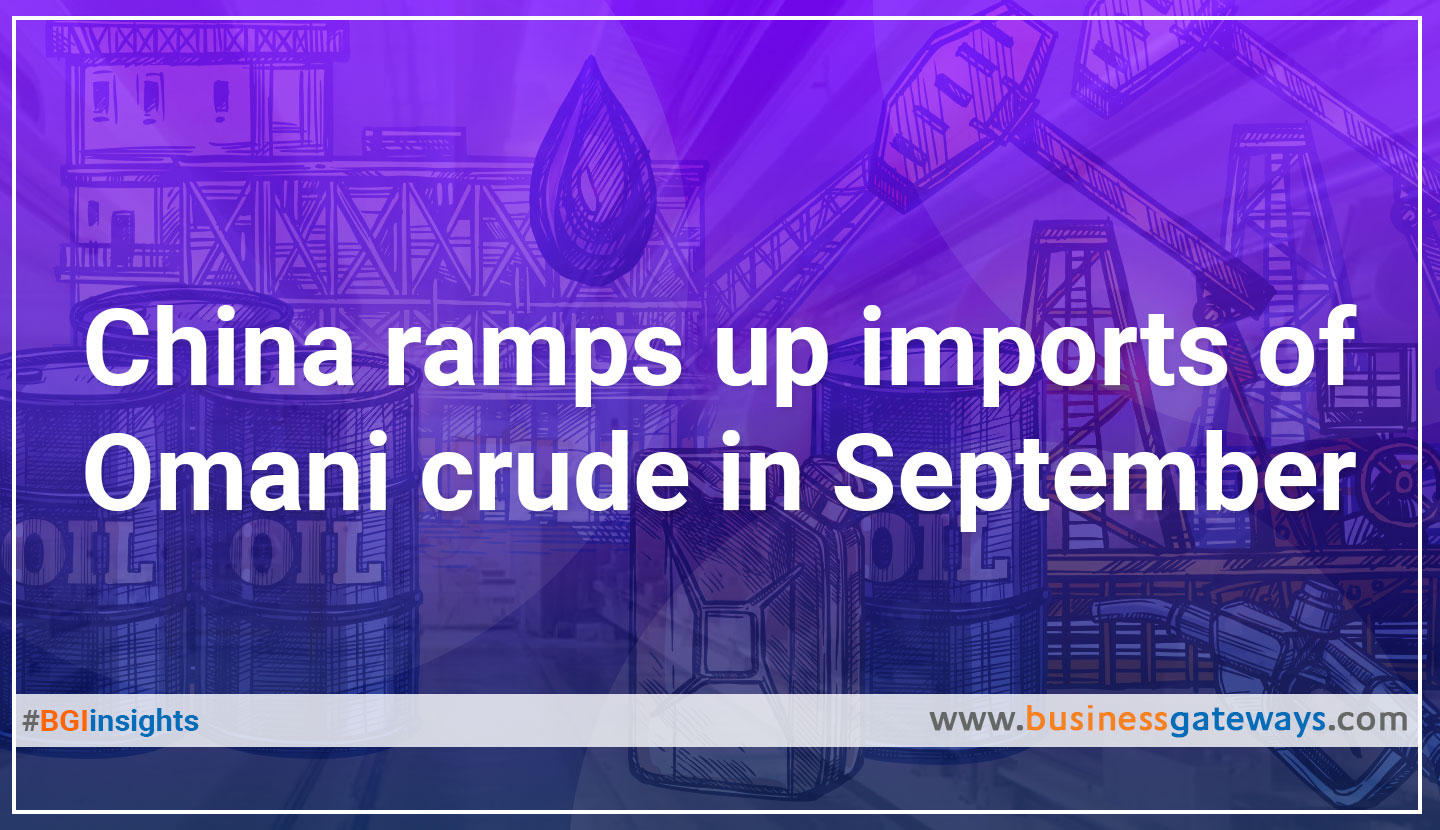 Omani crude exports to China jumped 22.46 per cent m-o-m to 77.96 per cent of total exports of 25.778 million barrels during September 2019, the Ministry of Oil and Gas said in its monthly report.

This uptick came at the cost of exports to Japan (7.27 per cent), Myanmar (2.12 per cent) and India (1.94 per cent), which reported notable declines in their imports of Omani crude in September versus figures for August.
Demand from South Korea (9.16 per cent) and Tanzania (1.55 per cent) grew during September, the report said.
The Sultanate’s total production of crude oil and condensate during September 2019 reached 29.182 million barrels, representing a daily average production of 972,750 barrels. Daily exports averaged 859,290 during the month.

The average monthly price for Oman Crude Oil Future’s Contract on the Dubai Mercantile Exchange (DME) jumped 3.6 per cent compared with the previous month. The official selling price for Oman Crude Oil during trading in September 2019, for the delivery month of November 2019, settled at $61.81, representing an increase of $2.14 compared to November 2019 delivery. The daily trading marker price ranged between $57.29 per barrel, and $68.44 per barrel.

“Crude oil prices during September 2019 increased due to several factors, the most notable being falling US crude oil inventories, as well as the agreement of the Organization of Petroleum Exporting Countries (Opec) and its allies to extend crude production cuts to support oil prices. The drone attacks on the Khurais oil field and the Abqaiq crude processing plant also contributed to the rise in prices this month, which cut the Kingdom’s output by half,” the report stated.