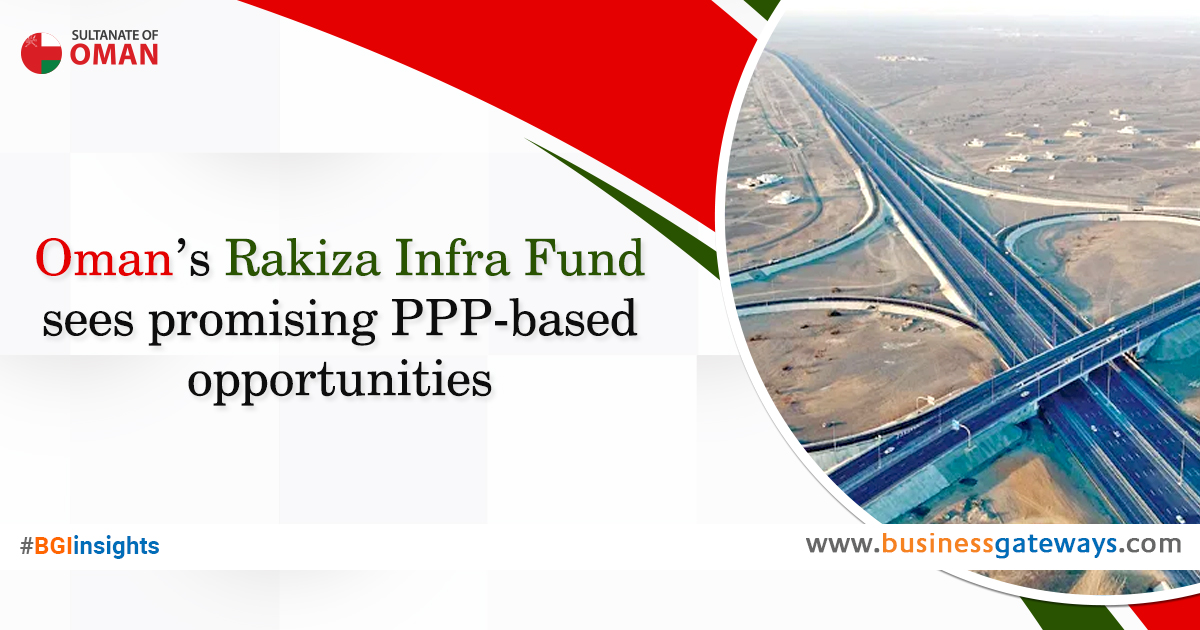 Rakiza, an infrastructure-focused fund set up by the State General Reserve Fund (SGRF) — the largest sovereign wealth fund of the Sultanate of Oman — says it is optimistic about joint venture opportunities with international investors in the implementation of strategic projects based on the Public Private Partnership (PPP) model.

Muneer al Muneeri, CEO — Oman Infrastructure Fund (Rakiza), cited the newly promulgated PPP Law, as well as the revamped Public Authority for Partnership and Privatisation (PAPP), as grounds for the renewed optimism in the growth of the PPP market in the Sultanate.

Rakiza — the first fund of its kind in the Sultanate — was launched last year to enable foreign equity investors to explore opportunities in Oman’s infrastructure sector. Areas of strategic investment interest include: Renewables, Oil & Gas, Social Infrastructure, Power and Water, Telecommunications, Transport & Logistics, and the Environment.

Speaking at a forum held in the city recently, Al Muneeri said the new thrust towards PPP-based project implementation in the Sultanate bodes well for efforts to woo foreign investors as partners in the delivery of strategic ventures.

We saw the need for a platform like Rakiza in bringing financial investors from outside the country, who represent a critical element in the (PPP) ecosystem necessary to drive these initiatives, said the CEO.

The Sultanate’s commendable track record in the implementation of PPP-based ventures, notably in the power generation and water desalination sector, bodes well for the growth of PPP-based opportunities, said Al Muneeri.

Buoying this promising outlook is the establishment of a dedicated PPP Authority, which signals to international investors that Oman is open to new, innovative ideas that can offer efficient infrastructure solutions for the country, he noted.

Al Muneeri said he was hopeful that the private sector would step up to the plate and play its part in the execution of infra projects via the PPP route. The private sector, he said, has a critical role in the delivery of quality and efficient services, such as in healthcare, under a PPP arrangement.

With a sizeable chunk of Oman’s population still below the age of 30, infrastructure development will continue to be an ongoing priority to meet their requirements — a responsibility that the private sector will be expected to shoulder, he said.

Over time, the private sector will acquire the requisite capabilities to complement the government’s efforts in building the nation’s basic infrastructure, he added.