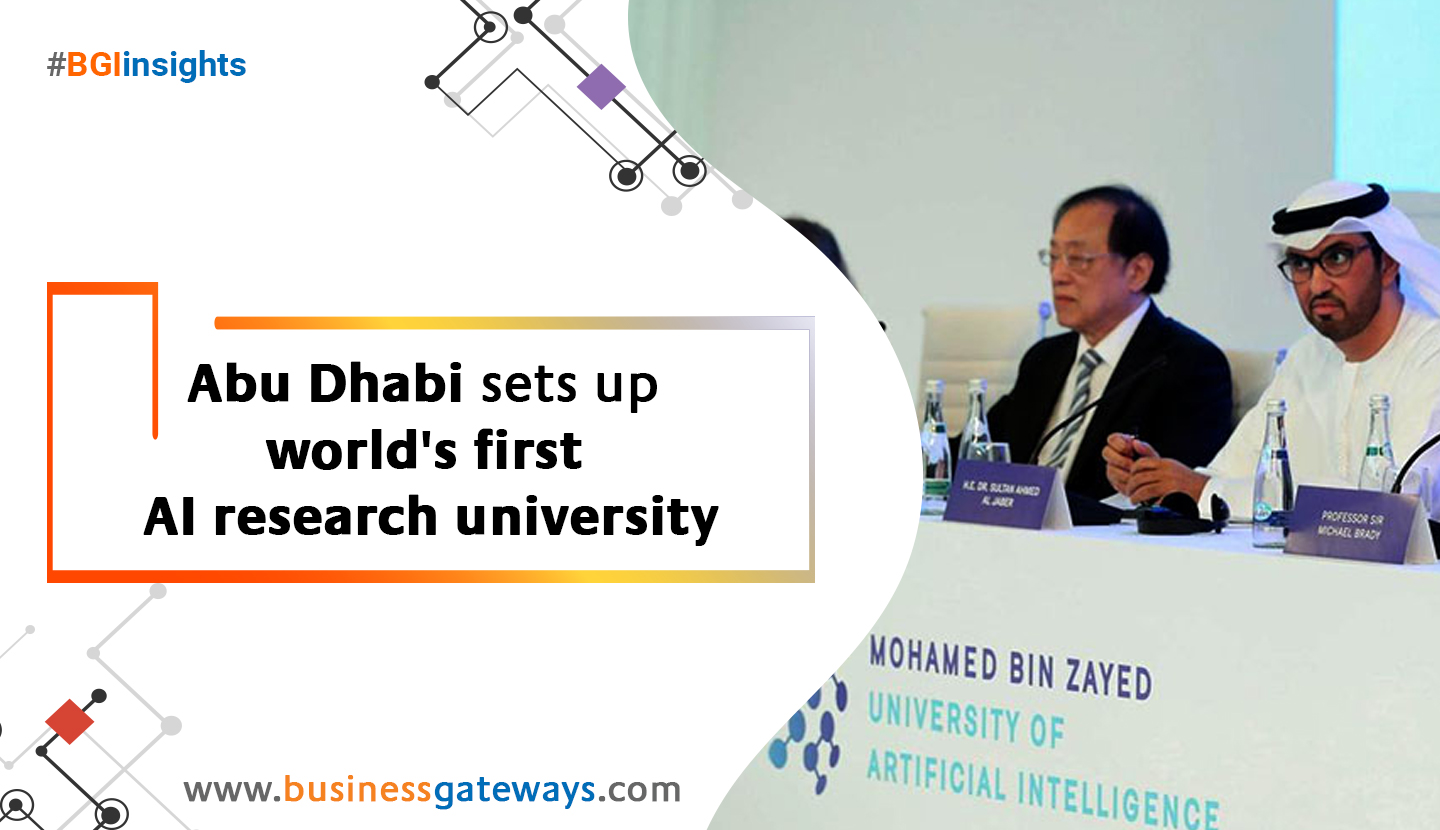 Abu Dhabi has announced the establishment of the Mohamed bin Zayed University of Artificial Intelligence, MBZUAI, the first graduate level, research-based AI university in the world.

The university is named after HH Sheikh Mohamed bin Zayed Al Nahyan, Crown Prince of Abu Dhabi and Deputy Supreme Commander of the UAE Armed Forces, who has long advocated for the UAE’s development of human capital through knowledge and scientific thinking to take the nation into the future.

It will introduce a new model of academia and research to the field of AI, providing students and faculty access to some of the world’s most advanced AI systems to unleash its potential for economic and societal development.

The announcement was made at a press conference at the University campus in Masdar City and was immediately followed by the first meeting of the MBZUAI Board of Trustees.

Dr Sultan Ahmed Al Jaber, Minister of State, who has been appointed Chair of the MBZUAI Board of Trustees and is spearheading the establishment of the University, said the university aligns with the vision of the UAE leadership that is based on sustainable development, progress and the overall well-being of humanity and underpinned by capacity-building and active participation in finding practical solutions based on innovation and state-of-the-art technology.

"As such, the Mohamed bin Zayed University of Artificial Intelligence is an open invitation from Abu Dhabi to the world to unleash AI’s full potential," he noted.

"AI is already changing the world, but we can achieve so much more if we allow the limitless imagination of the human mind to fully explore it," stated Dr Al Jaber.

"The University will bring the discipline of AI into the forefront, molding and empowering creative pioneers who can lead us to a new AI empowered era," he added.

Experts from around the world have been selected for the University’s Board of Trustees. They include MBZUAI Interim President, Professor Sir Michael Brady, professor of Oncological Imaging at the University of Oxford, UK; Professor Anil K. Jain, a University Distinguished Professor at Michigan State University, USA; Professor Andrew Chi-Chih Yao, Dean of the Institute for Interdisciplinary Information Sciences at Tsinghua University, Beijing, China; Dr. Kai-Fu Lee, a technology executive and venture capitalist based in Beijing, China; Professor Daniela Rus, Director of Massachusetts Institute of Technology Computer Science and Artificial Intelligence Laboratory, USA, and Peng Xiao, CEO of Group 42.

Experts now estimate that, by 2030, AI’s contribution to the UAE’s GDP will rise to nearly 14 percent – the largest GDP share in the Middle East.

Al Jaber said: "The invention of electricity, the railroad, smartphones all transformed the world as we knew it. AI can lead to an ever greater societal and economic transformation, but first we must ensure we have the right infrastructure, talents, and academic institutions."

"The launch of the Mohamed bin Zayed University of Artificial Intelligence is a clear demonstration of the UAE's commitment to encouraging innovation and empowering younger generations in the UAE and around the world," he added.

The University will offer Master of Science, MSc, and PhD level programmes in key areas of AI – Machine Learning, Computer Vision, and Natural Language Processing – while also engaging policymakers and businesses around the world so that AI is harnessed responsibly as a force for positive transformation.

MBZUAI has partnered with the Abu Dhabi-based Inception Institute of Artificial Intelligence, IIAI, a global force in excellence and leadership of AI research, for the supervision of PhD students and curriculum development. IIAI will also serve as a principal partner for collaborative research.

It will provide all admitted students with a full scholarship, plus benefits such as a monthly allowance, health insurance, and accommodation.

The University will work with leading local and global companies to secure internships, and also assist students in finding employment opportunities.

Graduate students can now apply to MBZUAI via the University’s website with registration set to open in August 2020. The first class of graduate students will commence coursework at MBZUAI’s Masdar City campus in September 2020.