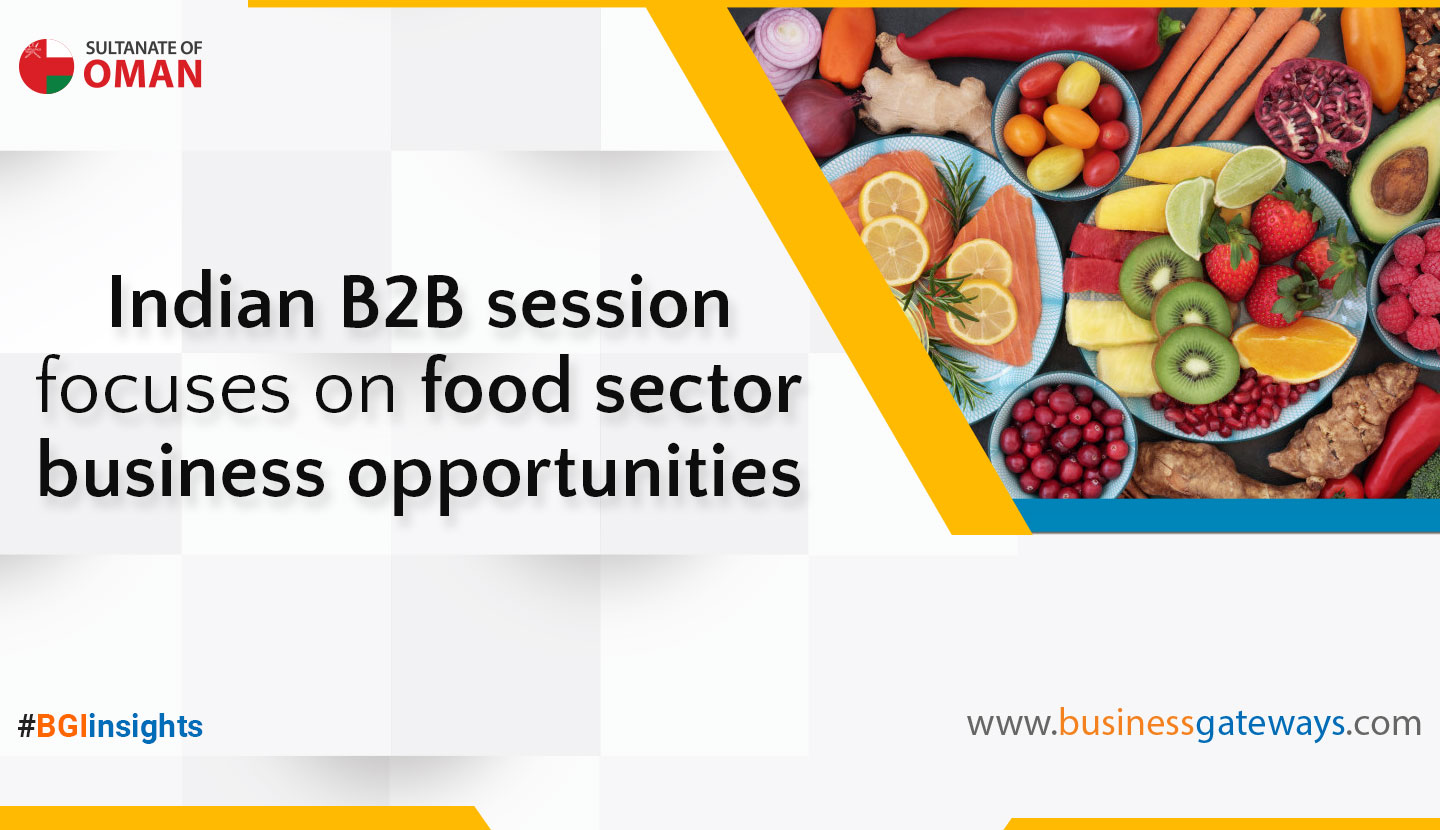 The Embassy of India, Muscat, organised an India-Oman Business-to-Business (B2B) meeting on the food sector earlier this week. The B2B session helped in facilitating interaction and tie-ups between representatives of Indian companies visiting Oman to participate in ‘Food and Hospitality Oman 2019’, with their Omani counterparts. Dr Salim Suleym Saleh al Junaiby, Vice-Chairman of the Oman Chamber of Commerce and Industry (OCCI), was the Chief Guest on this occasion.

India Trade Promotion Organisation (ITPO), a Government of India enterprise and India’s premier trade promotion body under the Department of Commerce, engaged in promoting trade and commerce of India along with 7 leading Indian companies and Coconut Development Board (India) is participating in this year’s edition of Food and Hospitality Oman.

In his welcome remarks, Rakesh Adlakha, Deputy Chief of Mission at the Embassy, referred to the historical ties between Oman and India, which span over several millennia, and stated that trade and commerce has been a key facet of this relationship. He also mentioned that food sector offered huge potential for cooperation between the two countries.

As part of its endeavours to enhance contacts between business communities of both countries, the Embassy has been organising various Business-to-Business meetings, roadshows, seminars, and so on. Embassy has also been facilitating participation of Omani companies in trade exhibitions in India as well as participation of Indian companies in trade exhibitions in Oman.