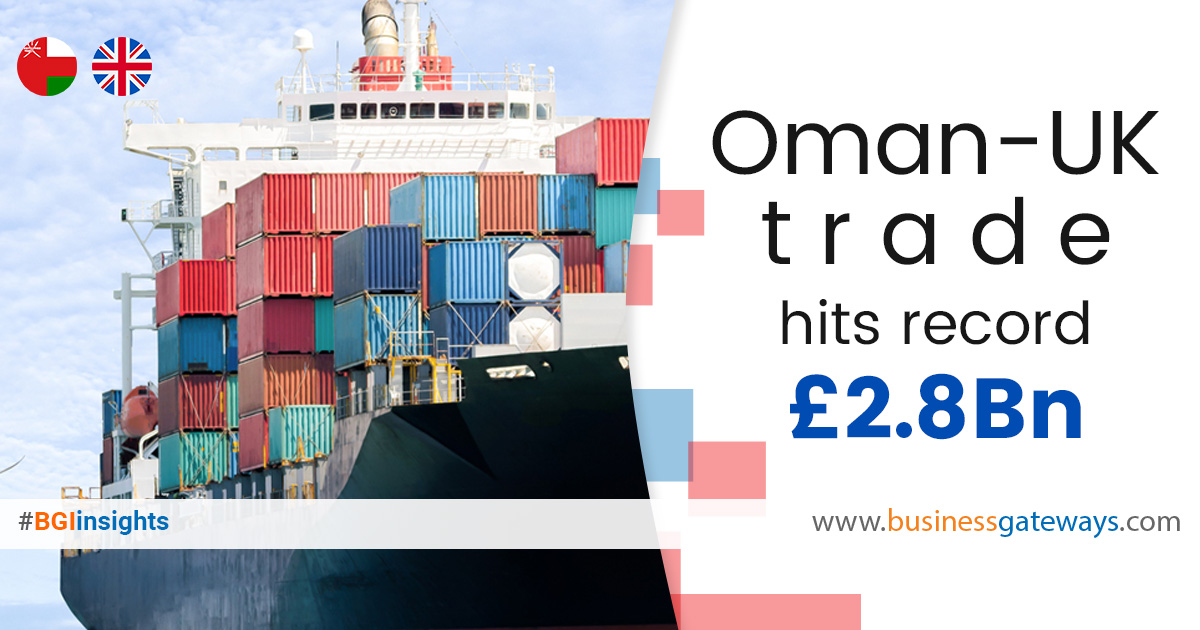 Bilateral trade between Oman and the United Kingdom (UK) soared 90 per cent to around 2.8 billion pounds sterling (approx. RO 1.4 billion) in 2018 in comparison with figures for 2016, a high-level British government official announced here on Monday, October 21.

Simon Penney, the UK’s Trade Commissioner to the Middle East, Pakistan and Afghanistan, said the figure represents an “all-time high” in bilateral trade between the two countries.

Speaking at the Oman Economic, Industrial & Free Zone Summit 2019 (OEFZS), which was held at the Oman Convention and Exhibition Centre yesterday, Penney said the upsurge in trade underscored the strength of Oman-UK ties.

“Friendship is at the backbone of our bilateral relationship,” said the official, adding: “Ours is a friendship that is deep, historic and enduring!”

He recalled in this regard the signing in May this year of the Oman-UK Comprehensive Agreement, which he said, “demonstrates our two countries’ commitment to working together across a number of sectors”.

“In signing this agreement, our ministers jointly stated that for decades His Majesty Sultan Qaboos and our Prime Ministers have been at the forefront in ensuring that our friendship has been maintained in the spirit of the 1800 Unshook Treaty, which we will be celebrating the 220th anniversary next year,” Penney stated.

This “enduring friendship” has had a positive impact, not only in the goods and services as well as increased trade and investment, but crucially in exchange of ideas and strengthening of relations at every level, said Penney.

“As Oman seeks to drive diversification to create new economic opportunities across key sectors, my message to you is that the UK is here to support your message,” he said. The UK government, he said, supports efforts to create a partnership at a government-to-government level with the goal of “working together to tackle common challenges and deliver the solutions that would benefit both of our countries”.

The UK’s Department of International Trade, said Penney, continues to encourage UK companies to do more business outside of the UK, noting that the Sultanate is a “very important destination” in this regard. “The UK is already the number one investor into Oman, making up approximately 50 per cent of all FDI into the Sultanate,” he pointed out.

He also underlined the promising role of Omani ports and free zones in driving Oman’s economic development. Their relative proximity to East-West shipping lanes will enable to flourish and secure a larger share of global trade flows.

The two-day OEFZS 2019 forum opened yesterday under the auspices of Dr Yahya bin Mahfoudh al Mantheri, Chairman of the State Council. It was hosted by Ithraa with the support of Free Zone Watch.