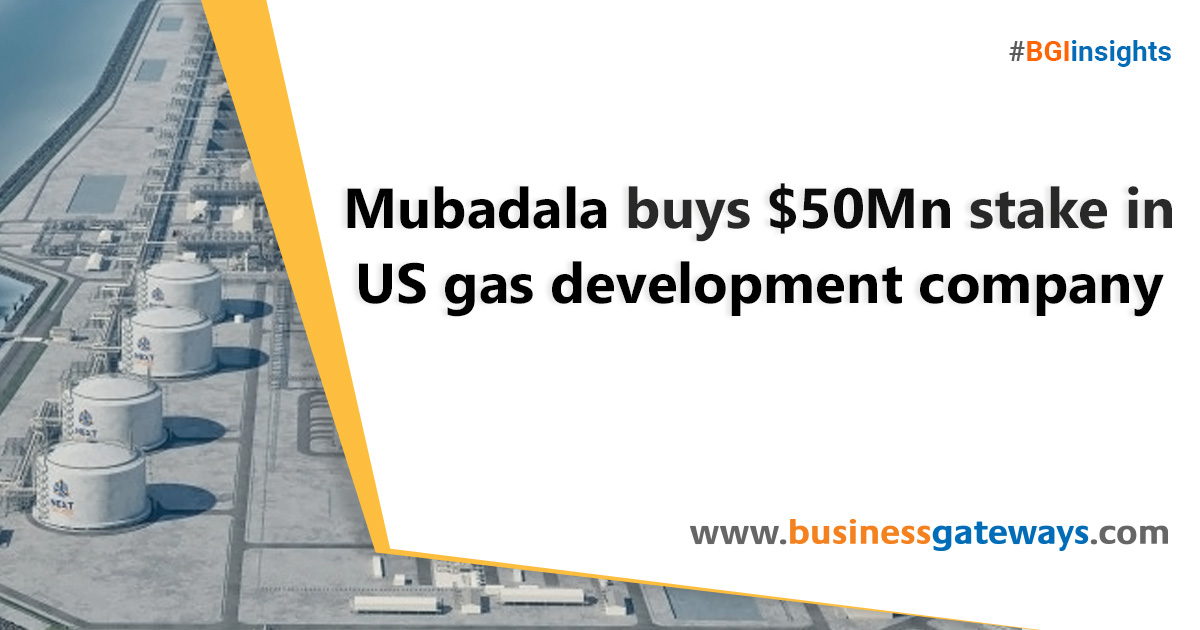 Abu Dhabi-based Mubadala Investment Company said it has reached an agreement with NextDecade Corporation, a US-based liquefied natural gas (LNG) development company, to purchase $50 million of its common stock in a private placement.

NextDecade will issue the common stock to the Abu Dhabi-based sovereign investor at a price of $6.27 per share, said a statement from Mubadala.

"We are honoured to welcome Mubadala, a leading global investor, as a shareholder in our company," said Matt Schatzman, the chairman and chief executive of NextDecade.

"Mubadala brings a valuable perspective on large-scale infrastructure investment and the growing role of LNG in the Middle East and other markets around the world. We look forward to a strong and lasting partnership," stated Schatzman.

Mubadala’s Executive Director (Midstream) Khalifa Al Romaithi, said: "We are pleased to make this investment in NextDecade. We strongly believe that the Rio Grande LNG project is optimally positioned to provide a highly competitive export route for the abundant gas resources of the Permian Basin and a compelling commercial proposition for LNG customers, Permian producers and NextDecade shareholders alike."

"Our investment also reflects Mubadala’s positive outlook on the global gas market and the growing role of gas in the energy transition," he stated.

As part of its investment in NextDecade, Mubadala will receive one seat on NextDecade’s board of directors. It will also have the right to contribute a certain amount of project-level capital upon the final investment decision of NextDecade’s Rio Grande LNG project.