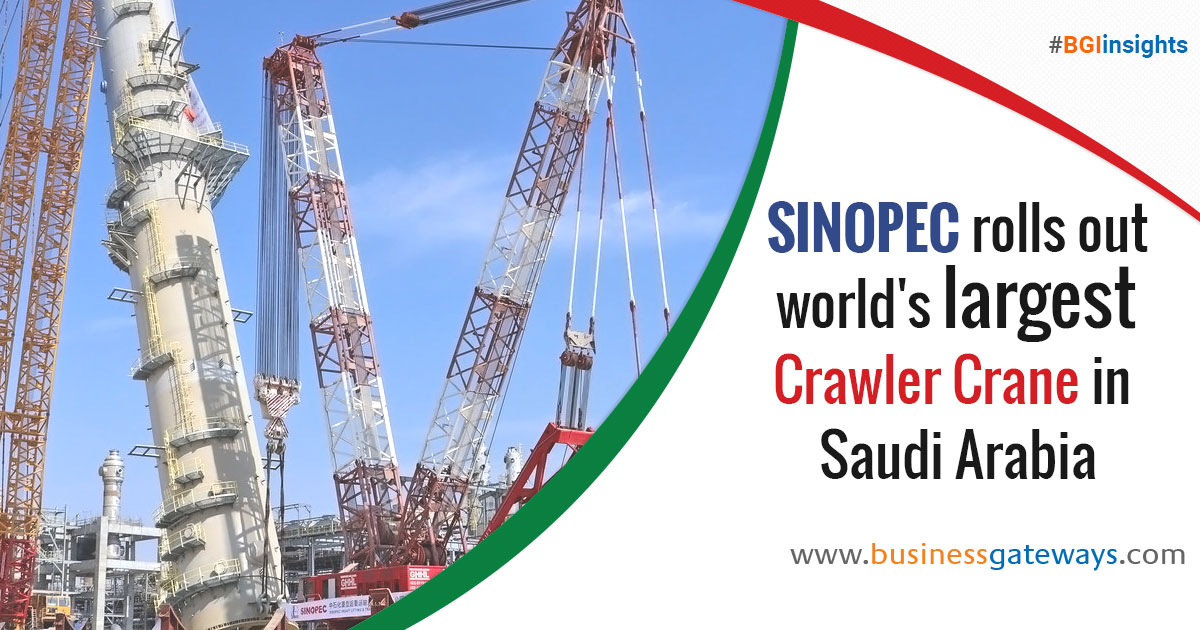 The XGC88000 currently holds the world record as the highest capacity crawler crane.

Jointly developed by Sinopec and China's leading construction machinery manufacturer XCMG, the XGC88000 is one of Sinopec's flagship products.

It is internationally recognised for its application of three pioneering technologies, six world-leading technologies and more than 80 national patents.

Representatives from Sinopec, Sabic, Samsung Engineering and more than 20 other companies were present for the debut of the XGC88000 and witness the moment the crane hoisted a 1,926-tonne washing tower - the heaviest and most crucial piece of equipment in the Unite EOEG III project - in under five hours on its first attempt.

"With its world-leading lift capacity, the XGC88000 is well equipped for energy construction projects in the oil, chemical and coal chemical industries," said Wang Guohua, vice-president of Sinopec Engineering Group and the general manager of SEG Heavy Lifting.

"It has already demonstrated its capabilities in multiple key projects within China, and we are confident that the world's largest crawler crane will continue to achieve success in the international market," he added.

In addition to having the highest lifting capacity of any crawler crane worldwide, the XGC88000 boasts a massive lift momentum of 88,000 tonne per meter and is equipped with a long-distance wireless remote control system for different foundation conditions and is designed for quick and convenient disassembly.

Since 2013, the model has travelled more than 30,000 km and has hoisted 150 pieces of equipment with a collectively weighing 120,000 tonnes. It currently holds the hoisting world record for lifting a 2,155-tonne piece of equipment to a height of 118 m.

Following its debut, the XGC88000 will stay at Jubail to hoist two 1,312-tonne reactors before being transported to the GAS-P9 air separation project for the National Industrial Gases Company (NIGC) in Saudi Arabia and the Duqm oil refining project in Oman.