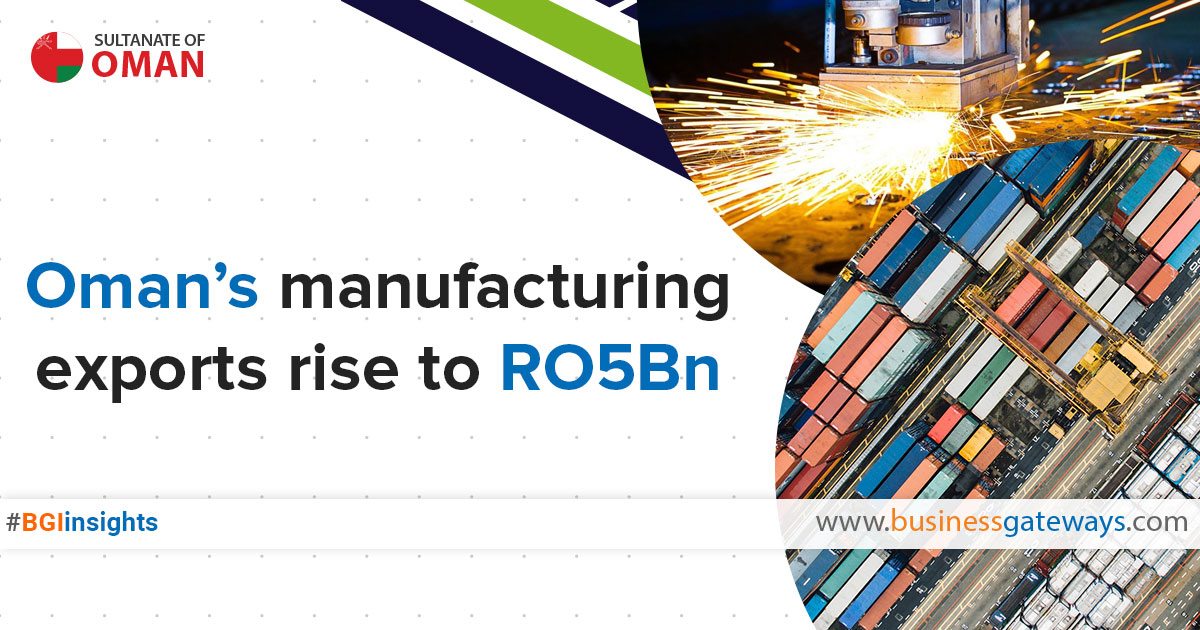 The total value of Oman’s manufacturing industry exports increased 6.2 per cent to reach RO5bn in 2018 compared to the previous year.

With growing demand for non-oil Omani exports, the manufacturing sector’s contribution to the sultanate’s GDP (at current prices) has reached to 9.6 per cent, delivering a value added of RO3bn, according to figures released by the National Centre for Statistics and Information (NCSI).

With a total direct investment of RO241.2mn, the UAE was the biggest contributor in terms of FDI in Oman’s manufacturing sector, representing 19 per cent of total volume of FDI in manufacturing at the end of 2018.