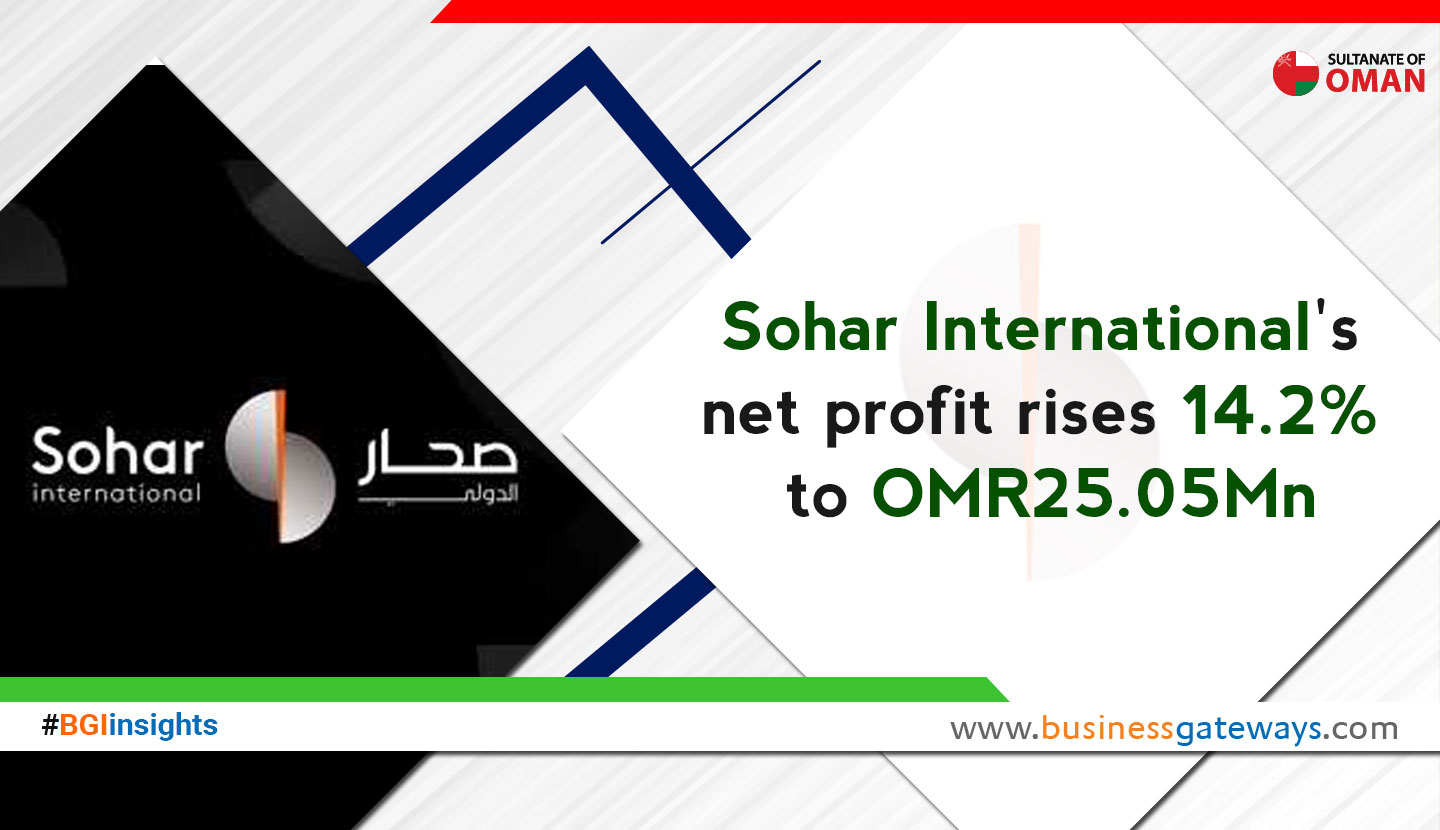 Sohar International continues to outperform with a funnelled vision to be a world-leading Omani service company that helps customers, communities and people to prosper and grow.

The bank announced its net profit for the nine months ended 30 September 2019 of OMR25.059 million compared to OMR21.940 million during the same period in 2018, reflecting a progressive growth of 14.22 per cent.

Commenting on the financial results, Mohammed Mahfoudh Al Ardhi, Chairman of the Board of Directors of Sohar International, stated, “Buoyed by government’s economic diversification initiatives, Oman’s banking sector is geared towards robust business growth and profitability. Despite the challenging economic and financial situation driven by volatile oil prices, the government’s continued focus on key diversification sectors such as ports and logistics, manufacturing and tourism creates ample opportunities for the banking and finance sector in the country to contribute to the sustainable development of the national economy. Cashing on these positive sentiments, Sohar International is well-positioned to further build on its market excellence, capitalise on upcoming opportunities, play a positive role in enhancing the national economy, and continue to create sustainable value for its stakeholders.”

Commenting on the results, Chief Executive Officer of Sohar International - Ahmed Al Musalmi remarked, “With our 5-year strategy in place and in full execution, Sohar International experienced another strong quarter from all segments of business; and I am particularly proud of our ability to complete the rights issue resulting in an increased shareholder’s equity of OMR 40 million. This has been part of our strategic plan, and it enables us to continue to expand whilst maintain strong investor confidence and a leading market position.”

In the bank’s journey towards achieving excellence and the purpose of winning, Sohar International was honoured and acknowledged with various awards and accolades for their business leadership, growth, and CSR initiatives which are a testament to the bank’s strategy and outlook. The recent period also witnessed Sohar International sign an agreement with European Financial Group (EFG), one of the largest and best capitalised Swiss private banks to join efforts to provide exclusive access to global investment opportunities and innovative products. This agreement was amongst the several memorandums of understanding signed to fulfil the bank’s promise of helping customers ‘win’ and is a statement demonstrating the bank’s investment banking and advisory capabilities.

As part of its ongoing commitment to society at large, the bank continues to engage with the community through conducting regional events and online engagement initiatives. With an effort to further empower the Omani youth, the period also saw the bank open up its ‘Tomohi’ programme for the next batch of interns aligning its activities with the national agenda. The bank’s Islamic window also witnessed developments during the quarter as it continued to sponsor key activities such as the 2nd Salalah International Financial Islamic Conference.