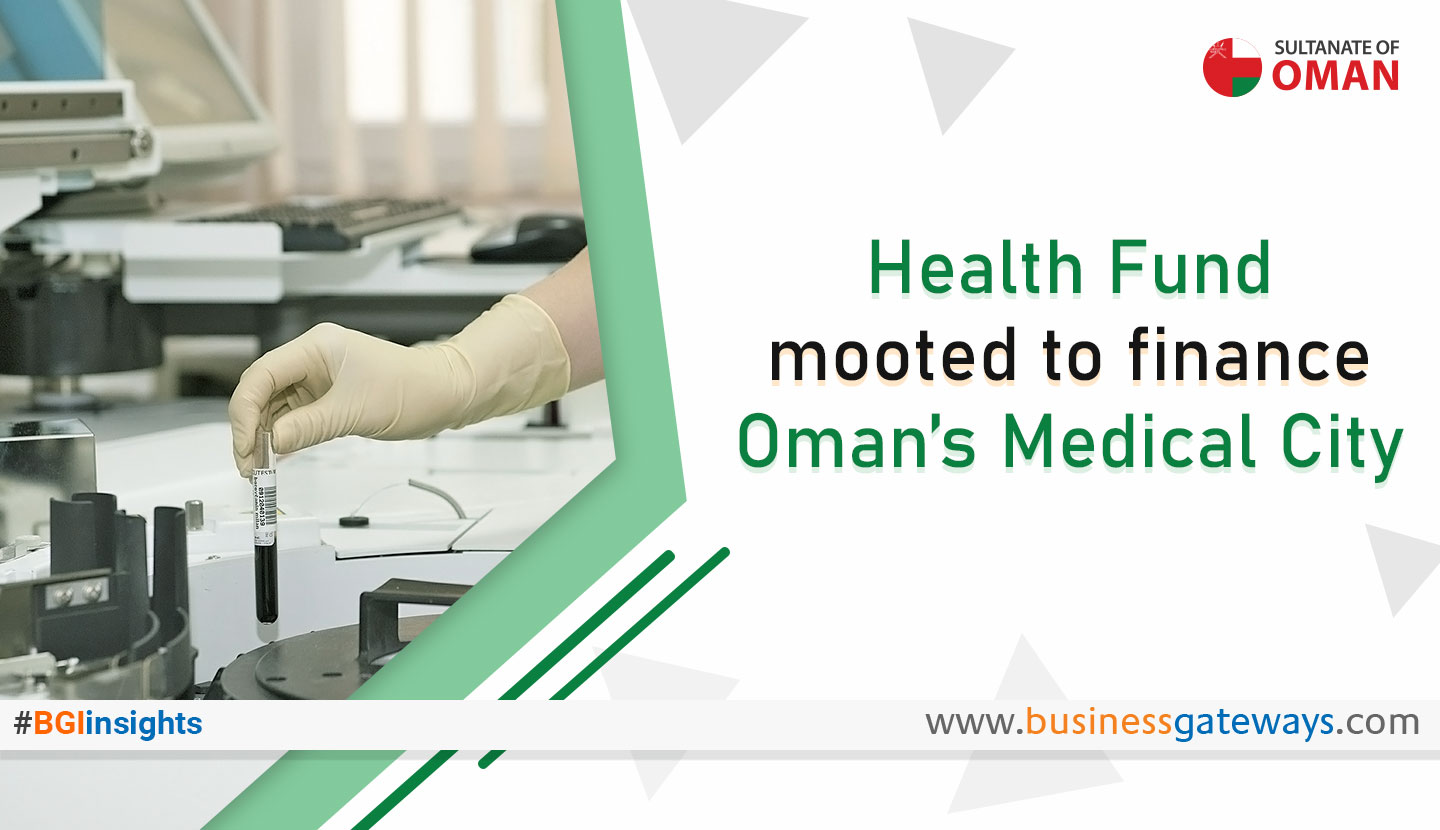 Plans for the establishment of a fully autonomous, integrated Medical City in the Sultanate envision the institution of a Health Fund to support and sustain the operation of the ambitious project over the long term. The Ministry of Health is overseeing the implementation of the proposed Medical City — a flagship healthcare destination planned at Al Fulaij, about 6 km off the Batinah Expressway near Barka. Envisaged in the first phase is a cluster of government tertiary hospitals offering a total of 1,250 beds across a wide spectrum of specialities and super-specialities, as well as the Oman College of Health Sciences, Higher Institute of Health Specialities, and the headquarters of the Oman Medical Speciality Board.

As the first large-scale project of the Health Ministry to be developed on the Public Private Partnership (PPP) model, the Medical City will also seek to attract private sector investments in private clinics and hospitals, hotels, residential and commercial blocks, and shopping and entertainment components.

According to Dr Ali bin Talib al Hinai, Under-Secretary for Planning Affairs at the Ministry of Health, more than half of the 5 million sq metre area of the Medical City is earmarked for private sector investments, underscoring the important role envisioned for local and international investors in this signature development.

Speaking at an investor forum held in the city recently, Dr Al Hinai noted that capital costs towards building the Medical City, based on estimates provided by strategic partner Oman Investment Fund (OIF) — a sovereign wealth fund of the Sultanate of Oman — are projected at RO 480 million. But operating costs are projected at a ballpark RO 160 million annually, which will necessitate sustainable sources of funding to run this financially autonomous project over the long-term.

In this regard, he mooted the need for a Health Fund managed independently of the Ministry of Health to serve as the investment arm of the Medical City and other related projects pursued in partnership with the private sector. The Ministry of Finance or the State General Reserve Fund (SGRF), among other entities, could take on that responsibility, he said.

Revenue inflows into the proposed Health Fund could come from various sources, notably excise tax on alcohol and tobacco, future tax on sugar and fast food, levies on certain medical services such as imaging, premiums on private rooms offered at the Medical City, and so on. He also underlined the potential for ‘Health Endowments’ — grants made by philanthropists to the healthcare sector.

Other sources of revenue include: Health Insurance, fees earned from the management of hospitals, investments in catering and laundry services, investments in pharmaceutical and surgical consumable projects, commercialisation of proprietary IT services, and so on, he added.