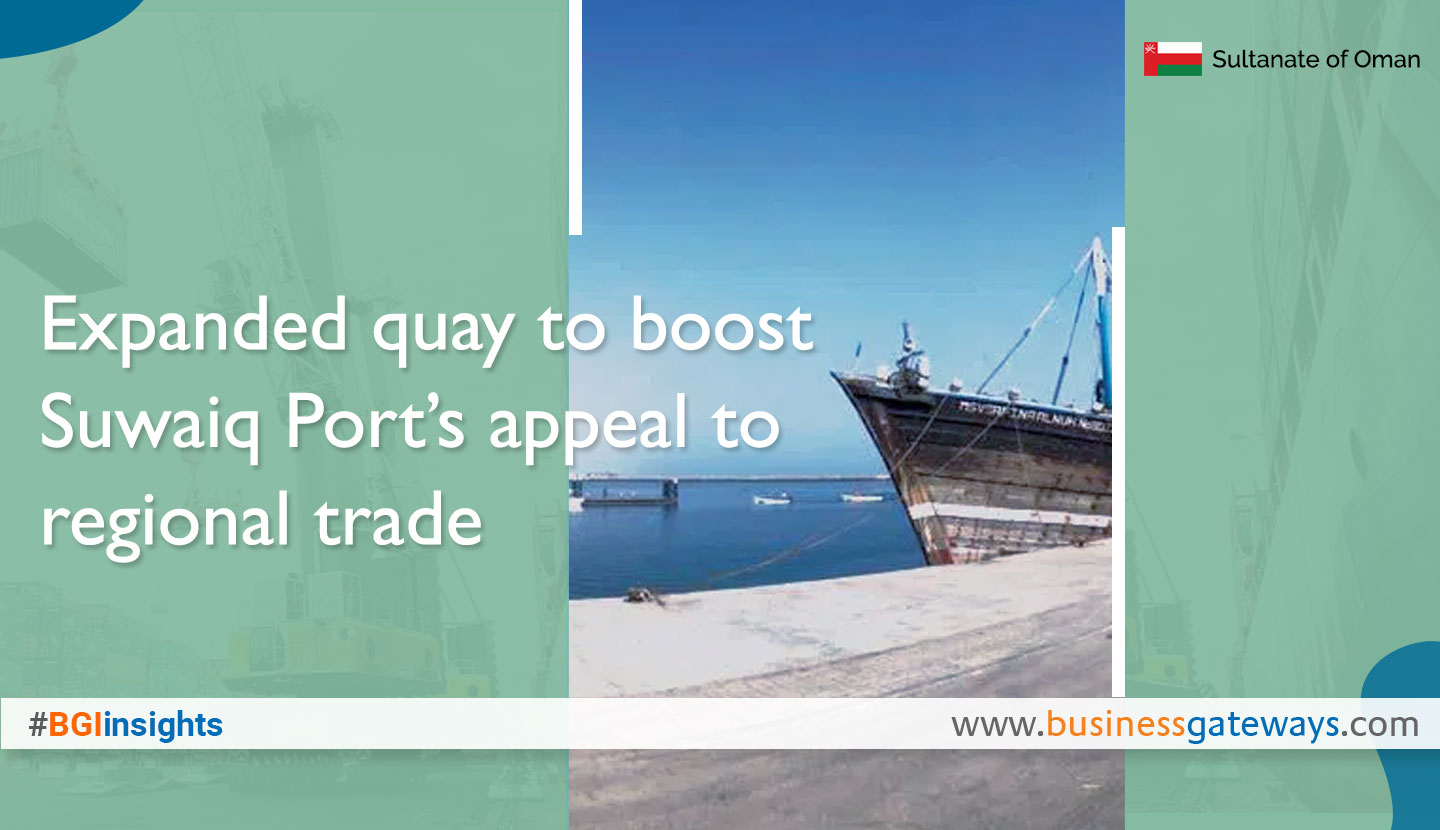 Marafi, the wholly Omani operator of ports and maritime terminals celebrated on Sunday, November 3, the launch of its expanded commercial quay wall at Al Suwaiq Port in North Al Batinah Governorate an investment that will lift the port’s cargo throughput capacity to two million tons per annum. Dr Ahmed bin Mohammed al Futaisi, Minister of Transport, led a number of dignitaries at the formal opening of the extended commercial quay. Also present were high level officials of Asyad Group, the integrated logistics and transport investment flagship of the Omani government and the parent organisation of Marafi.

As a result of the expansion works, which were undertaken by Marafi, the commercial berth now extends a total distance of 300 metres and a width of 40 metres. The draft alongside is 5 metres features that will for cargo ships of up to 10,000 metric tonnes to dock at Al Suwaiq Port. The expanded berth is also equipped to handle dry bulk cargo for the first time. In a statement, Dr Al Futaisi said the upgraded port will now position Al Suwaiq as a maritime hub for regional trade, while also energising the local economy. “These enhancements will support commercial and economic activities at the port, as well as cater to projected growth in cargo capacities and volumes. It will also attract private investors who see the potential to leverage Al Suwaiq Port for trade and economic exchange,” he said.

According to Dr Ahmed bin Mohammed al Abri, CEO of Marafi, Al Suwaiq Port has witnessed a strong uptrend in vessel movement and cargo flows since commercial operations began in September 2018. The launch of the extended commercial quay, he said, will open up opportunities for further investment and development in and around the port, particularly in the areas of import and export, shipping and customs clearing services and small business start ups.