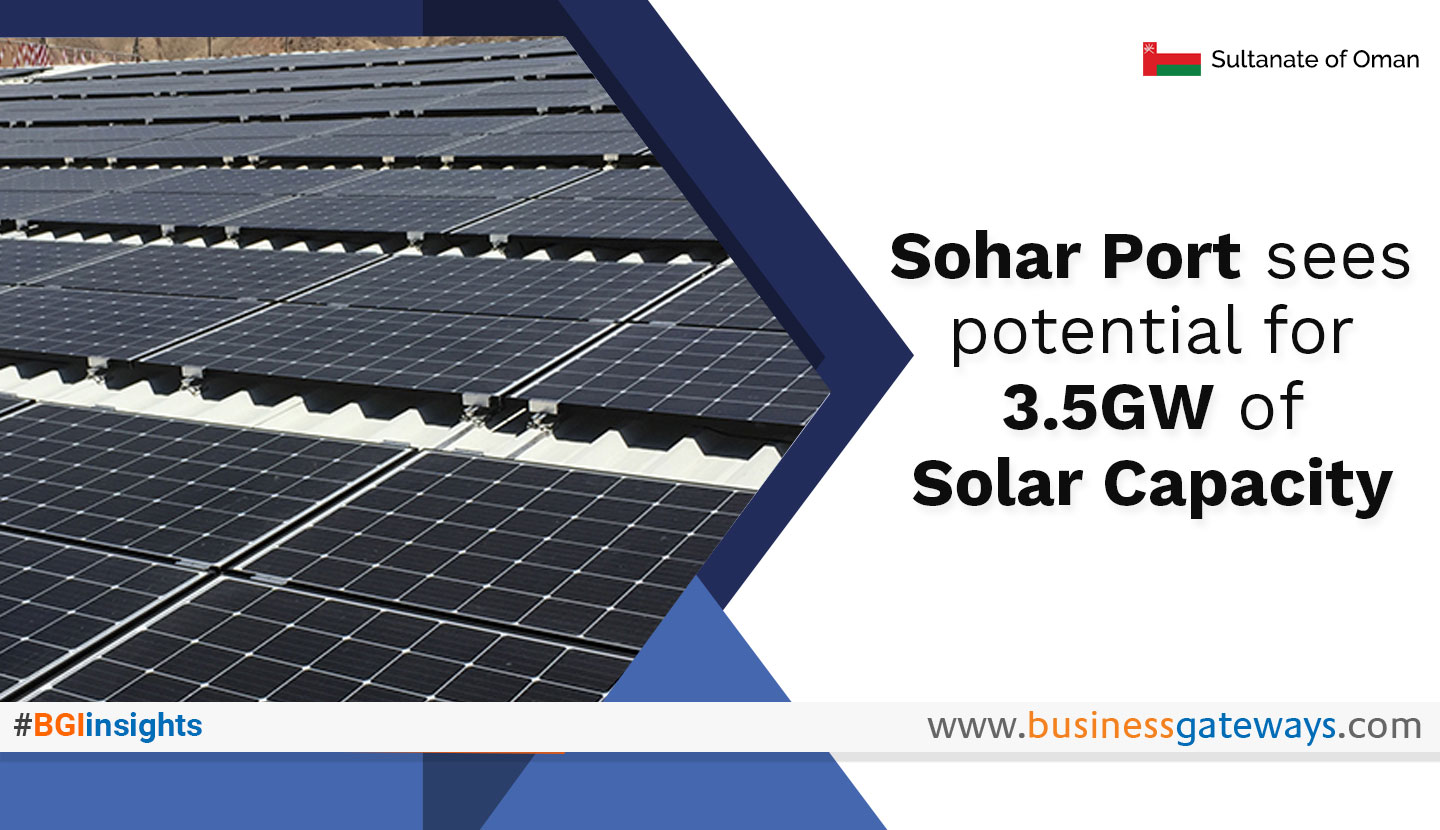 As many as five initiatives are currently under way in support of solar photovoltaic based power generation at Sohar Port and Freezone — part of a push to reduce the hub’s dependence on natural gas for energy.

Equally ambitious is a drive to embrace hydrogen as a zero-carbon alternative to natural gas for use as fuel and feedstock by industries operating at the port, according to CEO Mark Geilenkirchen.

Speaking to journalists, Geilenkirchen said the pursuit of renewables and other green energy alternatives are in line with SOHAR’s aspirations to reduce the overall carbon footprint associated with the port and free zone.

“We are looking to make use of Oman’s natural resources in the best possible way, notably by making use of solar for electricity generation, thereby freeing up natural gas for (value-add) industrial processes, which in turn yields higher margins for the country, while also contributing to employment and other benefits,” he stated.

First off is a small-scale ‘Solar Park’, due to be launched shortly, that will power the port’s headquarters in Sohar, said the CEO. Larger utility-scale solar farms are planned at various locations within the industrial port and the adjoining free zone in line with the company’s strategy to offer competitively priced, solar PV based electricity to industrial end-users and other tenants operating within the hub.

“So far there are five initiatives involving solar,” said Geilenkirchen. “As for capacity, the maximum will be 3.5 gigawatts (GW), which is equivalent to what we are consuming in the port,” he noted.

Likewise, the port is also keenly exploring the potential for introducing environment-friendly hydrogen as fuel and feedstock for use by the port’s industries and tenants. To this end, Sohar Port is working in collaboration with its strategic partner, Port of Rotterdam, as well as the Hydrogen Group, among a host of research institutes worldwide, to identify cost-competitive solutions for the adoption of hydrogen as an alternative to natural gas, he said.

Meanwhile, a contract for the civil works linked to the addition of around 200 hectares of prime waterfront acreage at the southern end of the port is slated to be awarded early next year, according to the CEO. Investor interest in the reclaimed land — created as a result of the Sohar South and Terminal D expansion projects — is promising, he said.

“We are currently expanding the port — adding around 250 hectares in total, initially with 200 hectares in the petrochemicals cluster of the port. We have a few companies lined up now to join us; one is Mannesmann, a German company, while we are also talking to a few others. Hopefully, this year they will sign up to come to his part of the port.”

“In another part of the port we have Terminal D, where we will be building a quay well so we can house another 6 – 7 companies.”