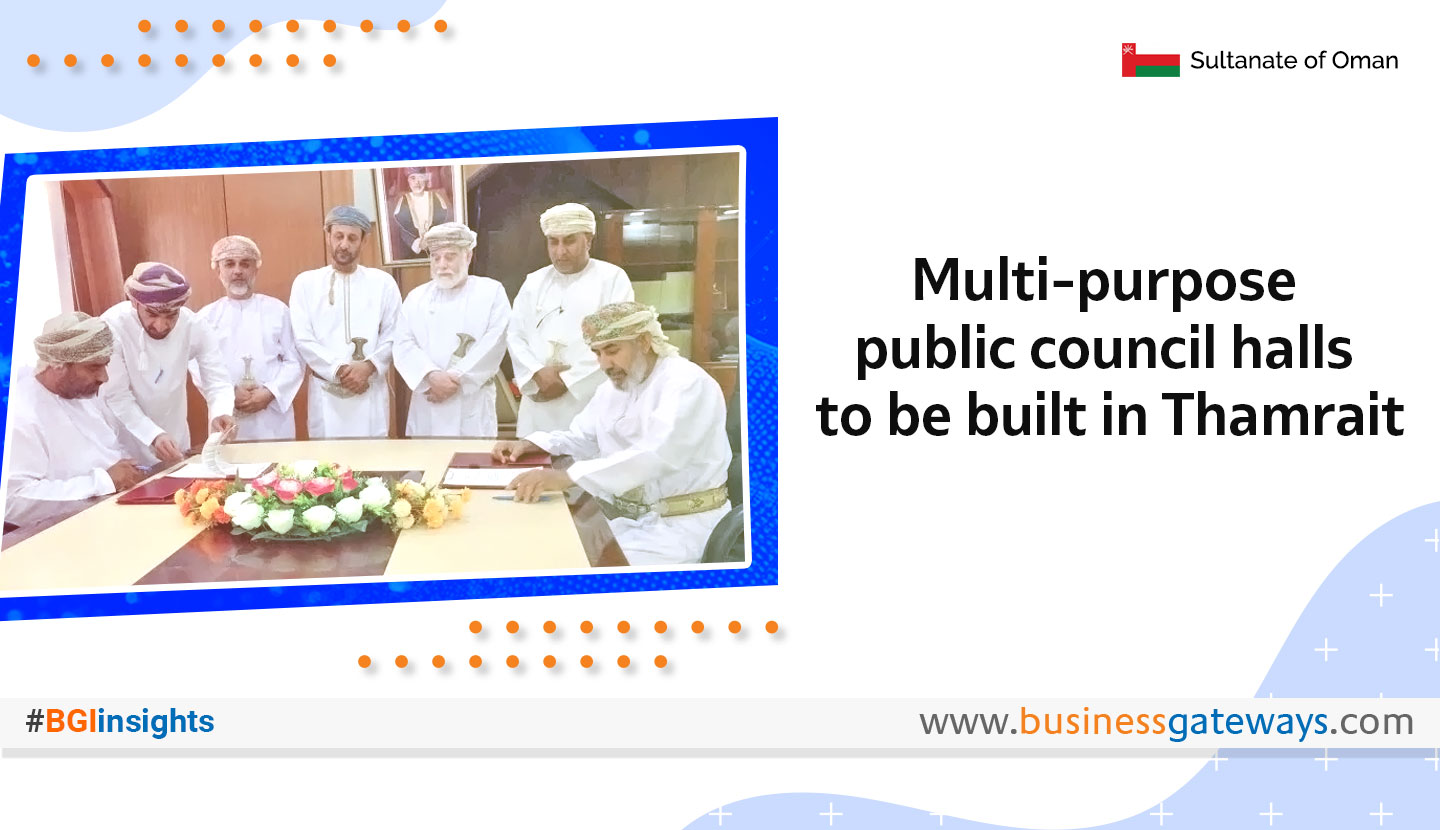 Thamrait will soon have multi-purpose public council halls equipped with several facilities for the local people. The halls are being constructed by Petroleum Development Oman (PDO) in line with its social commitment under corporate social responsibility (CSR). An agreement in this regard was signed recently in the presence of Musallam bin Ahmed al Hadhari, Wali of Thamrait, members of the Municipal Affairs Committee and local dignitaries. An estimated RO 300,000 would be spent on four council halls with the involvement of local contracting companies. The halls would have an estimated area of 330 square metres, as the PDO has committed to finance the project for the welfare of the local community.

Musallam bin Ahmed al Hadhari said he was happy to see the involvement of corporate houses in social welfare schemes and he exhorted the corporate houses both in the private and public sectors to come out with need-based social projects. “The private-public partnership (PPP) is a very good model of development in which both the sectors work jointly for the country’s development. I am happy to see that the social responsibility programmes being implemented under their CSR schemes are addressing the needs of the people. “There has been a qualitative leap in the country’s development. And this is everyone’s responsibility to make pace with this development.” He thanked the PDO for its contribution to the development of the local community.

Ali bin Isa bin Ibrahim al Ajmi, PDO’s Head of Community Development in South of Oman, said the signing of agreements to establish the council halls were within the framework of the PDO’s social investment initiatives to engage with the local communities. He cited many other initiatives in which the PDO was directly involved in setting up health centres, schools, or even in creating traffic awareness, water desalination etc for community development.