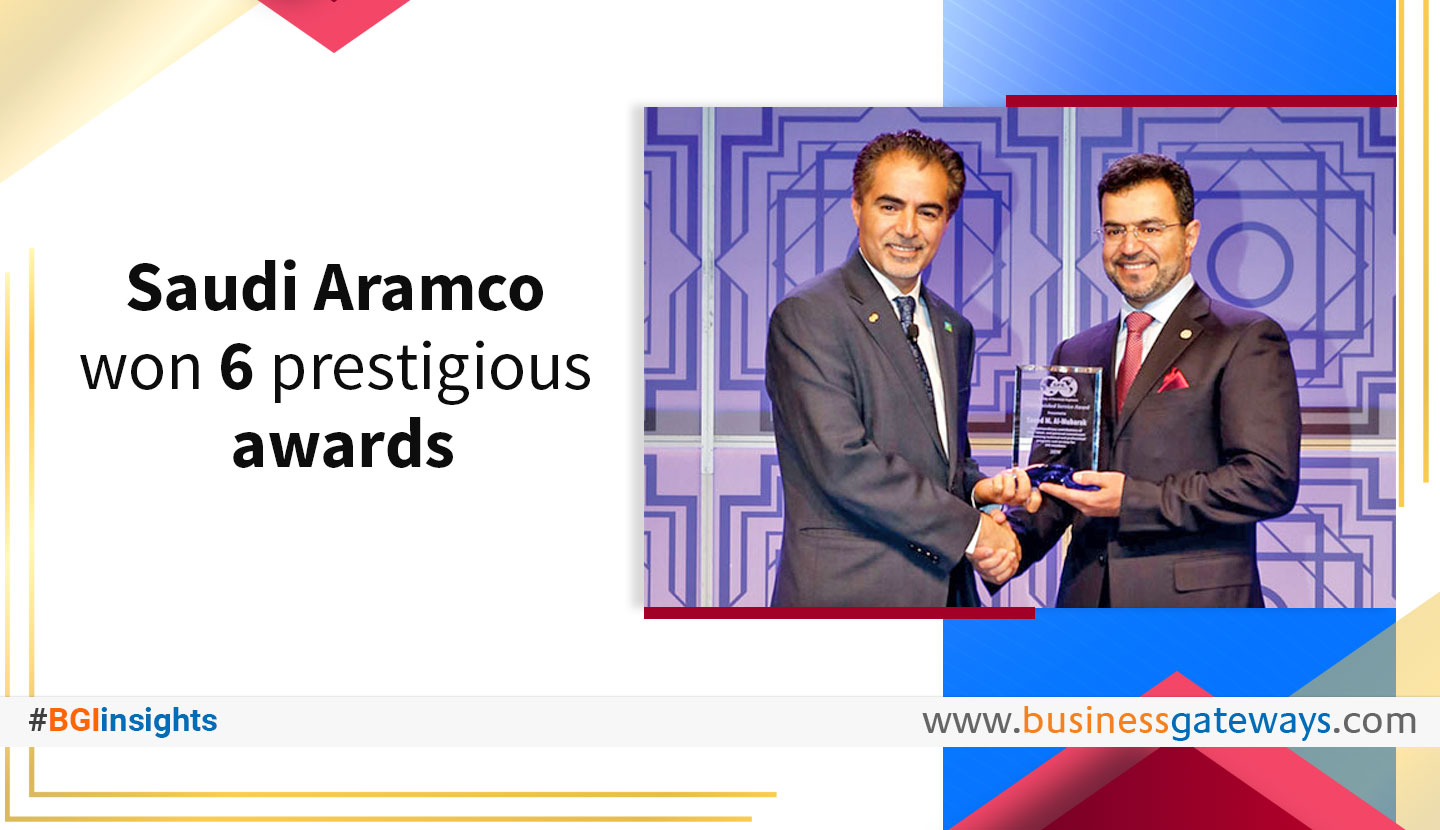 The SPE is the largest individual organization serving managers, engineers, scientists, and other professionals worldwide in the oil and gas industry. Each year during its Annual Technical Conference and Exhibition (ATCE), SPE honours members whose outstanding contributions to SPE and the petroleum industry merit special distinction. Recipients of the 2019 International Awards were recognized at the annual reception and awards banquet in Calgary.

Taking home the SPE Distinguished Service Award was Saeed M Al-Mubarak, a petroleum engineering consultant who has led the Intelligent Field Unit in the Production and Facility Development Department. Al-Mubarak was recognized for his “contributions to the society that exhibit such exceptional devotion of time, effort, thought, and action as to set them apart from other contributions.”

In addition to intelligent fields, Al-Mubarak has led important teams, including the strategic team managing the world’s largest intelligent fields. He has also worked in reservoir, production, drilling and completion, facilities, and knowledge management positions.

Alnuaim said: “On behalf of the SPE board of directors, I would like to take this opportunity to thank Saudi Aramco for supporting the active involvement of Saeed in the SPE. Member participation and leadership are important factors that enable the SPE to achieve its mission of collection, dissemination, and exchange of technical information.”

Alnuaim was himself the first Saudi winner of the SPE Distinguished Service Award in 2011. The award was established in 1948.

Kersey has been chairman of the SPE Java Indonesia and Saudi Arabia sections. He also initiated the formation of a Hawaiian SPE section. He is an SPE Distinguished Member, has been recognized three times as an outstanding technical editor, and received the Asia Pacific and Middle East regional SPE service awards.

Receiving Honorary Membership was Anuj Gupta, a senior petroleum engineering consultant at the Aramco Research Center-Houston, where he conducts and leads research on simulation modelling workflows for unconventional reservoirs, an area of growing importance as Saudi Aramco increases its unconventional exploration activities in the Rub’ al-Khali and the northern regions of Saudi Arabia. Gupta’s research has advanced the disciplines of unconventional reservoirs, reservoir characterization, enhanced oil and gas recovery, petrophysics, and drilling.

In addition to these awardees, the SPE also awarded Distinguished Membership to the following: