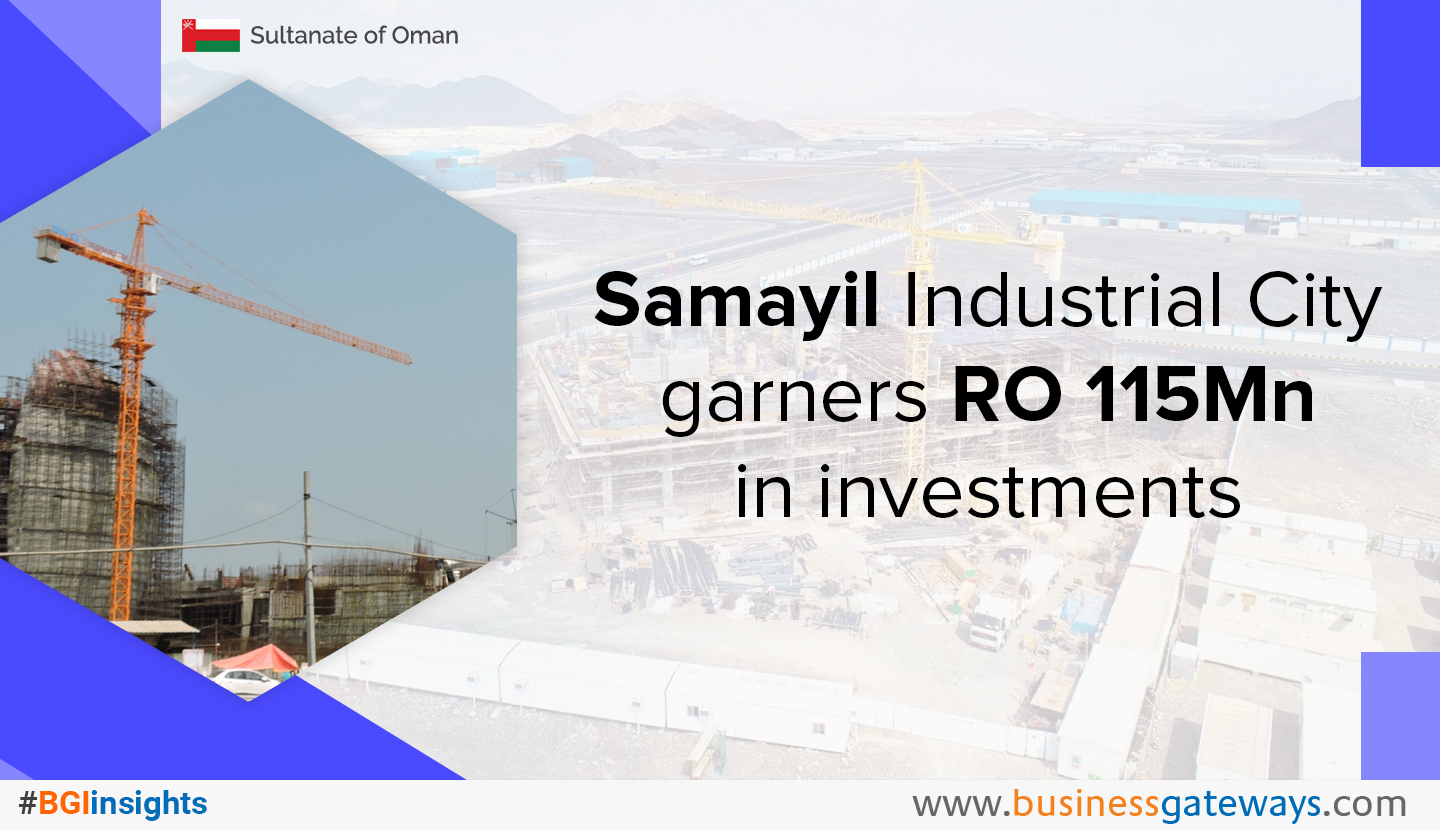 Samayil Industrial City has received a total of 25 investment applications during the first half of 2019, according to Dawood bin Salim al Hadabi, Director General of Samayl Industrial City. “The 25 applications represent industrial, service and commercial projects. Of the 25 applications, 15 have already been localised and the rest of the applications are under study and evaluation before they get localised,” Al Hadabi noted. He added that the total number of the signed agreements has reached 185 with an investment volume touched RO115 million.
There are also plans for the factories to expand and introduce new production lines at the current stage. “The number of operating factories has reached 51 representing various industries. In addition, there are 65 factories under construction and many of these factories will commence production by the end of the current year with an investment volume amounting to RO 85 million,” said Al Hadabi, adding: “The mining, processing, marble and steel industries are among the most developing sectors in Samayil Industrial City. Space has also been allotted for high-tech industries, which shall contribute to the advancement of the local economy and the food industry in Oman.”
Samayil Industrial City represents the newest industrial city pertaining to the Public Establishment for Industrial Estates (Madayn). It has been designed according to the latest international standards, taking into account the environmental and civil defence requirements as well as the social and recreational aspects for the employees and the wilayat’s population.
The total area of Samayil Industrial City has touched 7.5 million sqm, divided into several sectors including food industry, plastic materials industry, steel industry; marble industry; building materials industry; and other industries comprising chemicals, glass, wood, fibreglass, and supporting services sector (e.g. warehouses).
Samayil Industrial City is currently implementing several projects, which include the infrastructure project that is expected to be completed by the end of the current year. The industrial city is also developing the administration and facility building, which is scheduled to be completed by the last quarter of 2020. The completion rate of the building has touched 20 per cent, and the cost of developing this project is estimated at around RO 4.5 million. With a total building area of 18,000 sqm, the project will consist of 8 floors (ground + 7 floors) with a rental area reaching 12,280 sqm, which will offer various services for the workforce in Samayil Industrial City and neighbouring areas. The building will offer space dedicated to public and private bodies, commercial stores, banks, international cafes and restaurants, telecom companies, among other services.
Another project will also be implemented in the coming period in Samayil Industrial City which is the medical fitness examination centre of the Ministry of Health, while a Civil Defence Centre in Samayil Industrial City is currently under discussion with the Public Authority for Civil Defence and Ambulance.