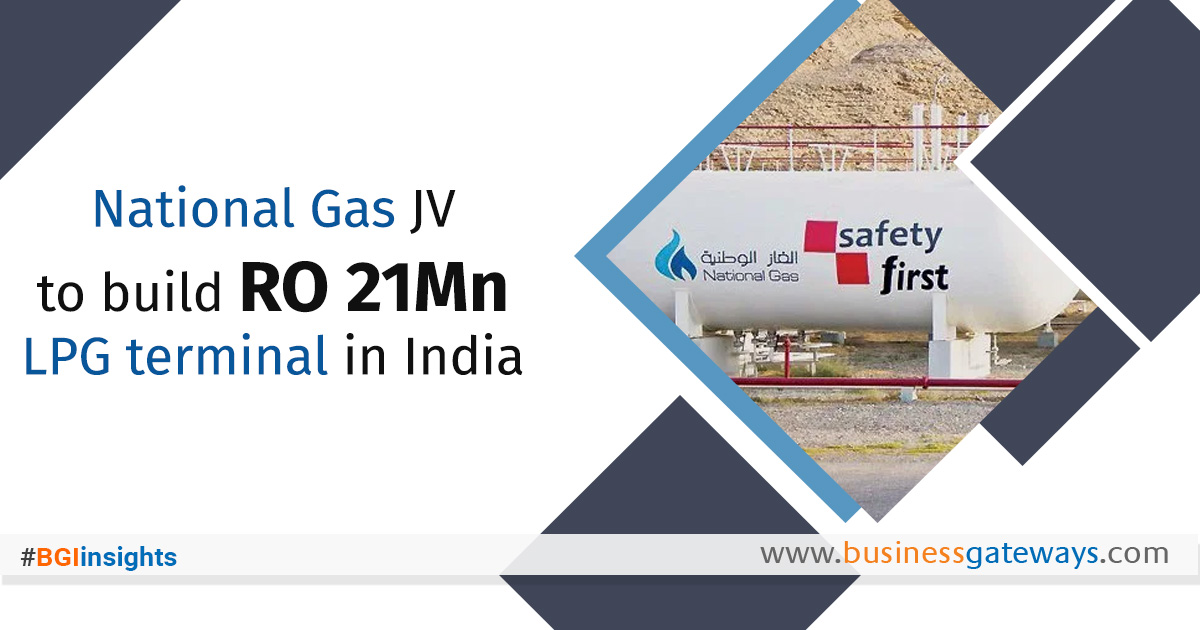 Omani listed firm National Gas Company Oman SAOG (NGC), in partnership with Singapore-headquartered Petredec, a Singapore-based international fuels supplier, has broken ground on an LPG import and storage terminal at Krishnapatnam port in the south eastern part of India. The project, valued at around RO 21.6 million (Rs 400 crore) will be set up under a joint venture in India, NGC Energy India Pvt Ltd, in which NGC will have a 60 per cent stake, while Petredec, a global LPG and other fuels trading and shipping conglomerate, will hold the remaining 40 per cent.
The foundation stone was laid by Abdullah al Harthy, Chairman, National Gas Company SAOG, at a ceremony held in the Indian port city recently.

NGC said that construction work is expected to commence soon. The project is expected to take 15-18 months for completion after securing all approvals. The refrigerated LPG import and storage terminal will have a storage capacity of 30,000 tonnes and a throughput capacity of 1.4 million tonnes per annum for servicing public sector undertakings (PSUs) and private sector companies in the remote areas of India. The terminal will also have a re-export facility to serve other markets.

The plan to set up an LPG terminal is in line with NGC’s vision to expand its footprint into newer geographies and comes on the heels of a growing demand for LPG in India, as well as the favourable outlook over 10-15 years. The joint venture is expected to generate over 400 jobs, directly and indirectly. The proposed facility is being setup at Krishnapatnam port, 180 kms north of the southern Indian city of Chennai. This port is the largest port in India by area and is well connected by air, rail and road channels. This is a state of the art, all weather, deep draft port strategically located near the largest LPG consuming markets in South India.

India is a strategic market for LPG, its importance bolstered by the government’s impetus on promoting LPG usage and reducing use of hazardous cooking fuels as charcoal, firewood, and others. The country is the second largest consumer and importer of LPG in the world, with an LPG demand that grows at the rate of about seven per cent annually.