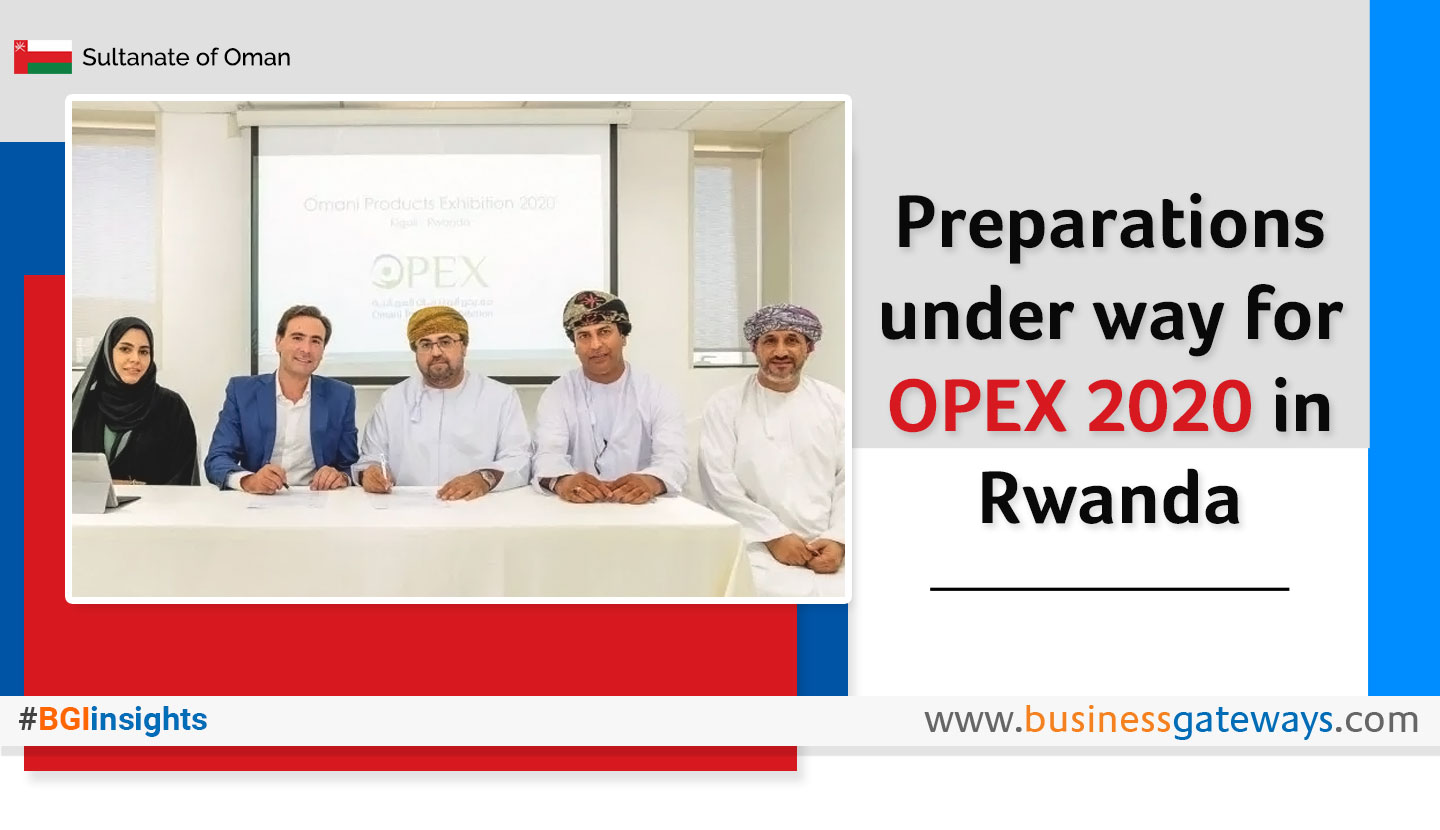 The Organising Committee of Omani Products Exhibition (OPEX) organised a coordination meeting at the Knowledge Oasis Muscat on Thursday with representatives of Omani industries. The attending companies and factories were acquainted with the preparation updates for the upcoming Omani Products Exhibition (OPEX 2020) that will take place during the period from January 15 to 18, 2020 in Kigali, Rwanda.

An agreement was also signed during the meeting with Planitswiss Company to manage, organise and promote the exhibition in Rwanda. The company will also plan and coordinate the B2B meetings between the Omani industries and the investors, business owners and commercial agencies in Rwanda. The agreement was signed by Ayman bin Abdullah al Hasani, Chairman of Omani Products Exhibitions (OPEX) Organising Committee, and Arthur Bontemps, managing director of Planitswiss.

Ayman al Hasani, Chairman of OPEX Organising Committee, stated that the number of confirmed companies and bodies which will participate in OPEX Rwanda has touched 70. It is worth to mention that the Sultanate’s exports to Rwanda in 2018 varied between food, beverages, aluminium, asphalt, cables, among others. The coming period is expected to witness an advancement in Omani exports to Rwanda in various sectors.

Arthur Bontemps, managing director of Planitswiss, emphasised that Rwanda has demonstrated sustained economic growth in the fastest growing region of Africa. “Rwanda represents an incredible success story of Africa as it is the first in Africa known for network readiness, the second fastest growing economy in Africa, the second in Africa for doing business, and it takes only six hours to register business (considered the fastest in East Africa),” Bontemps said.
Organised by a committee formed by the Public Authority for Investment Promotion and Export Development (Ithraa), the Public Establishment for Industrial Estates — Madayn, and Oman Chamber of Commerce and Industry (OCCI); the Omani Products Exhibition in Rwanda aspires to enhance the Sultanate’s presence on the global trade map, explore new markets for the Omani products in Rwanda and the neighbouring African countries, observe promising trade opportunities and deals, and strengthen bilateral relations between the two countries.