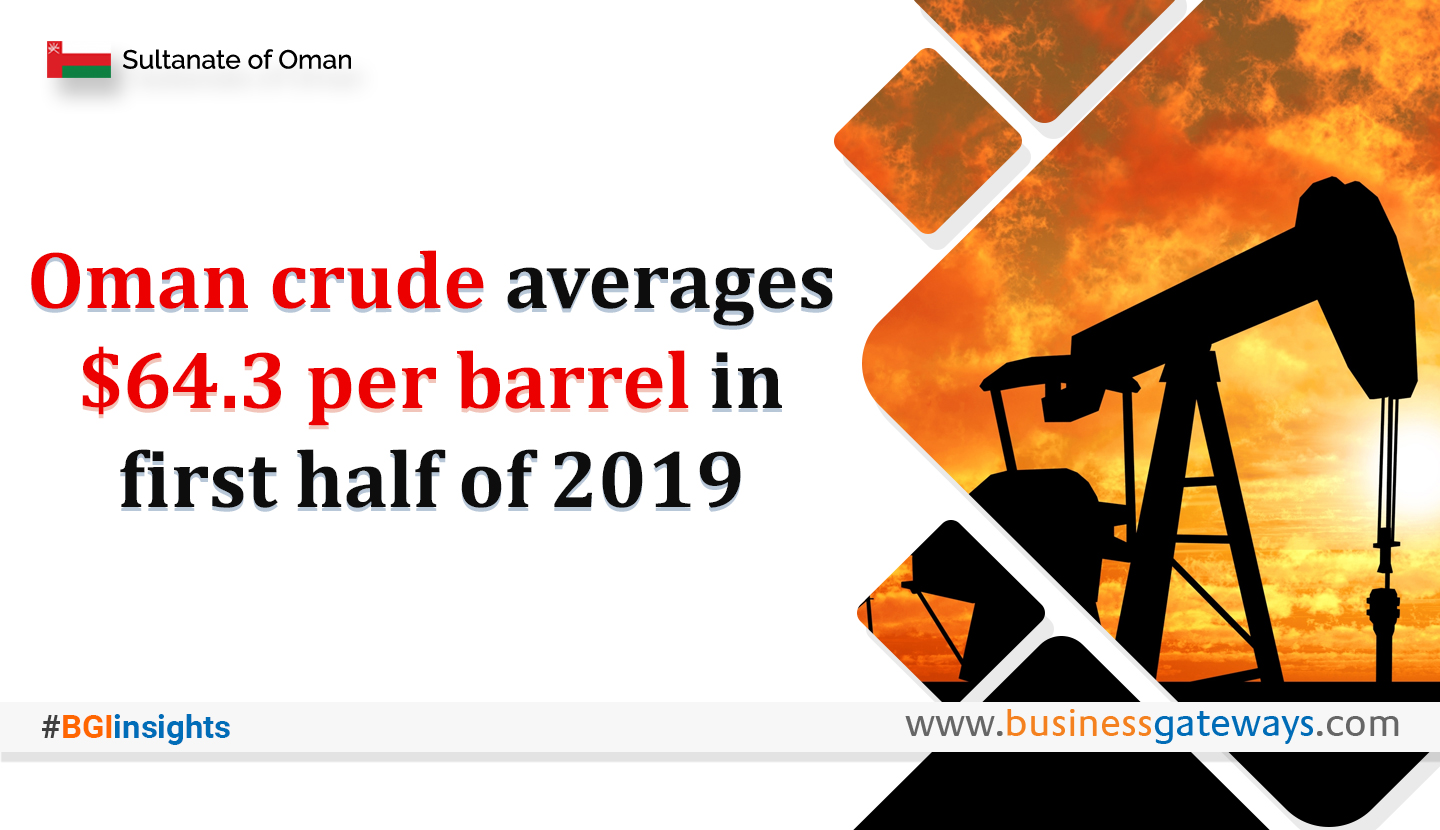 Omani crude oil prices averaged $64.3 per barrel during the first half of 2019, which was higher by 0.6 per cent over the corresponding period of last year an uptick that also boosted the contribution of the hydrocarbon sector to GDP, the Central Bank of Oman (CBO) stated in the latest monthly review of banking and economic developments for the month of September 2019. Daily crude production was up 0.2 per cent to 970.6 thousand barrels during this period, the apex bank stated. It noted that the hydrocarbon sector grew in nominal terms by 2.1 per cent during the first half of 2019 with nominal GDP emanating from crude oil and natural gas increasing by 1.5 per cent and 5.6 per cent, respectively.

However, despite the robust pace at which the Omani economy expanded for two consecutive years, it contracted in nominal terms during the first half of 2019, the Central Bank stated in its newly published review.

“The nominal Gross Domestic Product (GDP) declined by 1.9 per cent during the first half of 2019. The nominal contraction in the economy was driven by the non-hydrocarbon sector that declined by 3.4 per cent mainly because of a drop in nominal GDP emanating from the non-petroleum industrial activities and the services sector,” it said.

Inflationary conditions, the Central Bank noted, remained benign as the retail inflation averaged 0.3 per cent during Jan-Sept 2019 in comparison with 0.9 per cent during the same period of last year.
Commenting on the performance of the banking industry, the CBO said the sector continued to “perform well in terms of meeting credit requirements and providing other banking services.

Total outstanding credit extended by conventional banks increased YoY by 2.7 per cent as of end-September 2019, with credit to the private sector growing by 1.3 per cent to RO 19 billion. Conventional banks’ total investments in securities increased YoY considerably by 11.3 per cent to RO 3.6 billion at the end of September 2019 — out of which, the investment in Government Treasury Bills stood at RO 293.2 million.

The total assets of Islamic banks and Windows combined amounted to RO 4.8 billion, constituting 13.8 per cent of the banking system assets at the end of September 2019, the apex bank added.