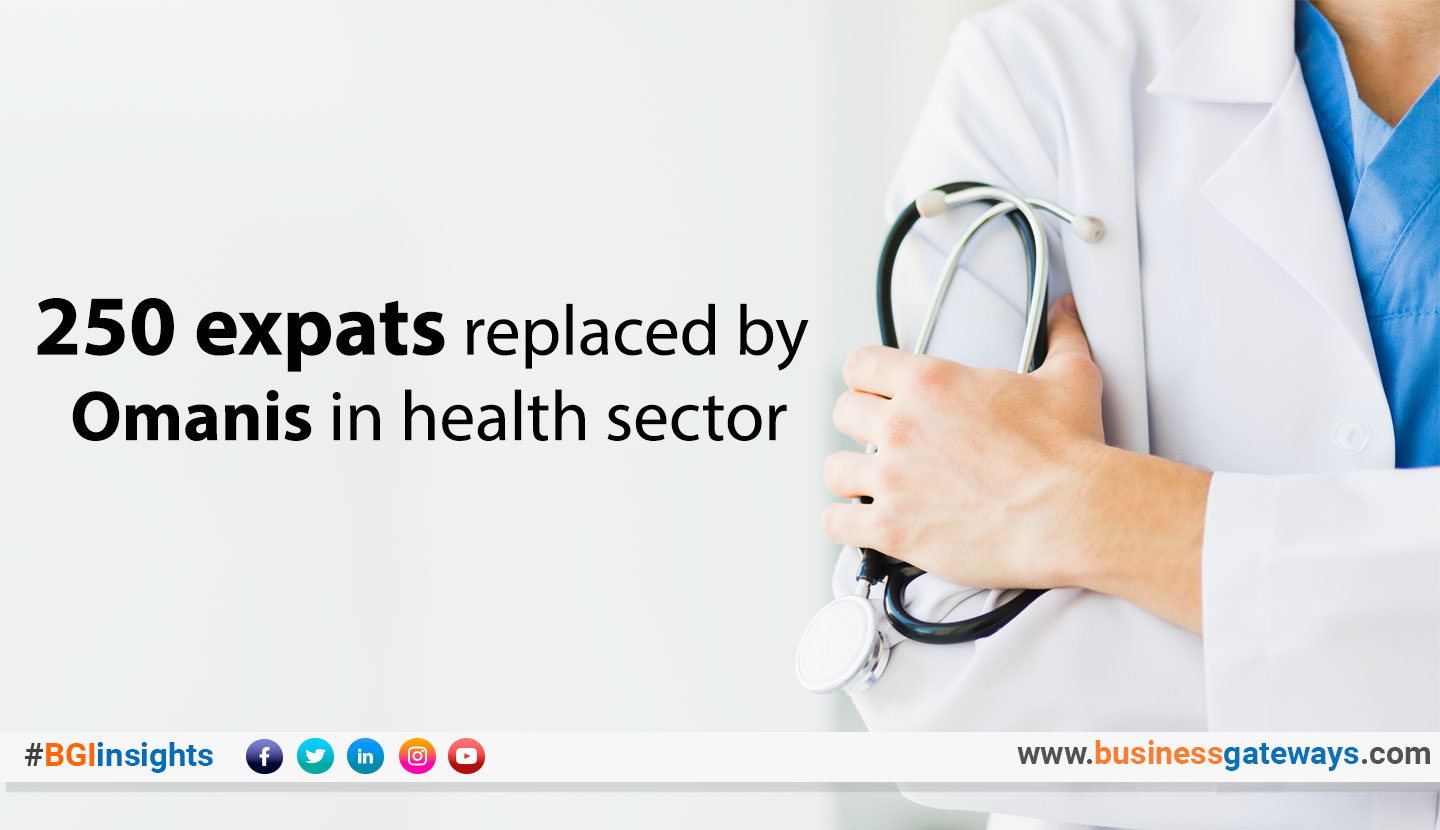 More than 250 expats were replaced by Omanis in the health sector in 2019, according to the Ministry of Health. Figures showed that 262 Omanis have been appointed this year so far to health jobs with 600 expat nurses replaced in the last two years.

The ministry announced on Monday that 44 Omani citizens will take up positions in hospitals and clinics all over Oman.

A statement by the Ministry of Health read, “The Ministry announces the names of citizens accepted to work as technicians in the Genetics, Biochemistry, Microbiology and Haematology departments which are vacant in some health institutions to replace expatriate workers in these professions.

The move is part of a plan by the government to step up its Omanisation drive, replacing expats with Omanis from the local workforce. These jobs are mostly based in hospitals and clinics in the governorates of North Sharqiyah, South Batinah, Dakhiliyah, Buraimi and the Royal Hospital.

In May, eighteen Omani citizens were offered therapist and technician jobs across various departments at the Ministry of Health to replace expatriate workers.

Over the last two years, more than 600 expat nurses have been replaced, as a similar number of Omani nationals have been hired to fill the same positions. The country continues to advance its Omanisation efforts in both the private and public sectors.

The Ministry had previously said, “Because of the increase in the number of graduates from the local educational and training institutions, there has been a substantial increase of Omanis in recent years in certain categories.”

Omanisation rates for MOH nurses have climbed steadily since 1990, when the rate was just 12 per cent. By December 2014, that number had rocketed to 59 per cent and rose again in 2016 to 61 percent. The highest rate of Omanisation on record so far is 67 per cent in 2010.