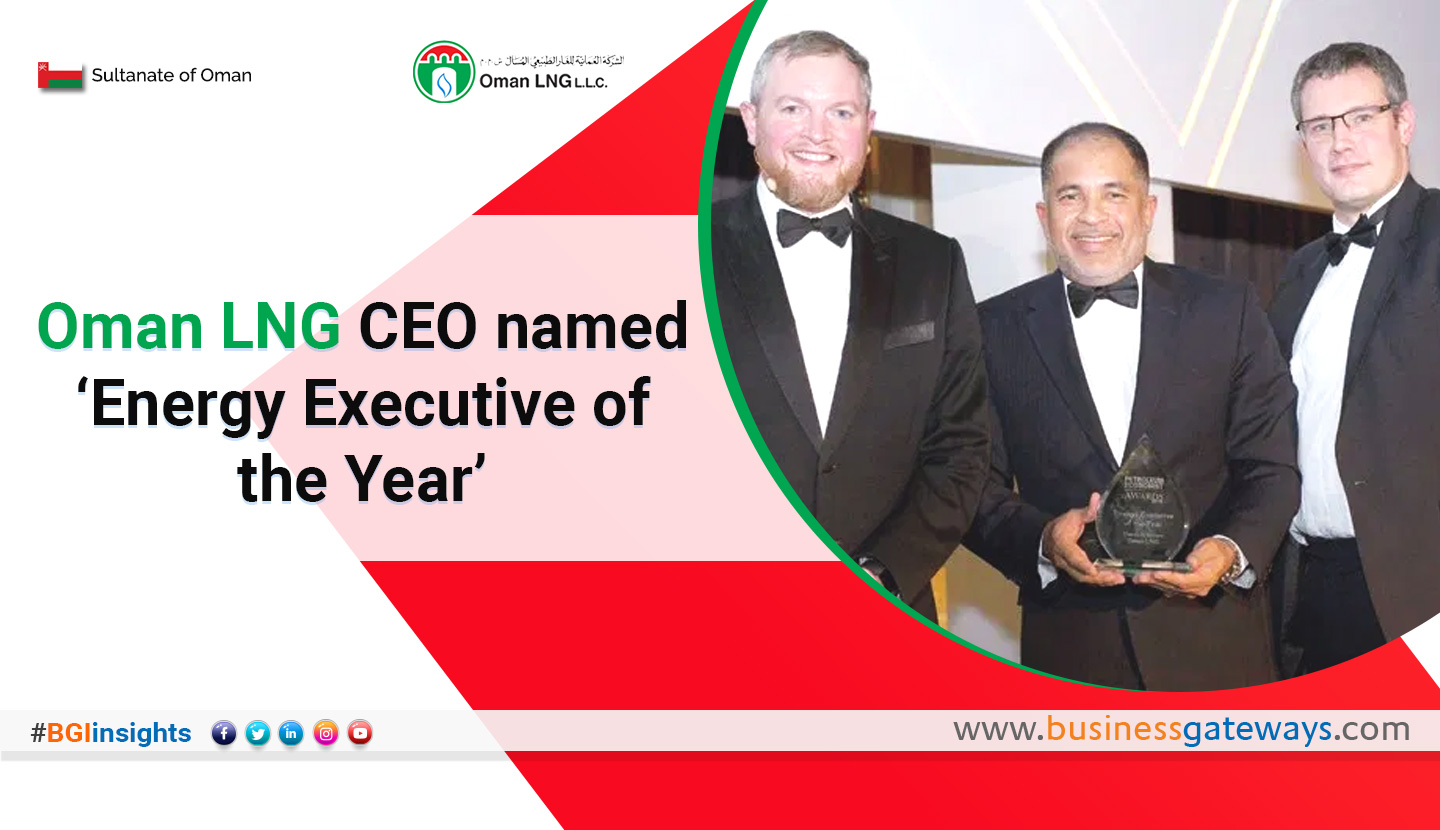 It is the second of two coveted honours presented by the reputable energy magazine to top officials in Oman’s Oil and Gas industry. At the same awards, Dr Mohammed bin Hamad al Rumhy, Minister of Oil and Gas, was conferred the ‘Minister of the Year’ title for his immense contribution to the rapid development of Oman’s Oil and Gas sector and beyond.

During a distinguished career spanning four decades in the Oil and Gas industry, Al Kitani has emerged as a key figure in driving Oman’s natural gas evolution. His work and pedigree in the LNG sector have been a pivotal driving force behind the successful integration of Oman LNG and Qalhat LNG. Since then, Oman LNG has witnessed many successful milestones across all fronts; such as reaching highest production rate, unmatched safety records, and second-to-none social investment programme.

In recognising Al Kitani, the awards panel considered his 40-year career in the oil and gas sector with particular focus on the gas sector from varying positions in top energy companies including Shell and Qalhat LNG.