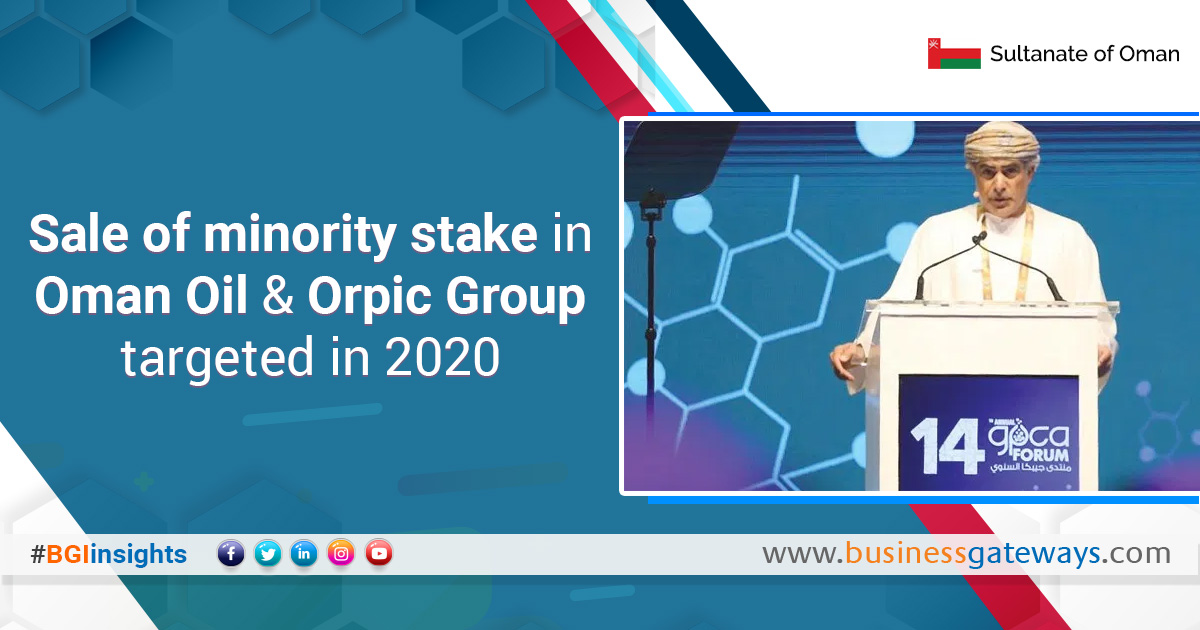 The planned sale of a minority stake in Oman Oil and Orpic Group — the Sultanate’s integrated energy and petrochemicals powerhouse — will be completed during 2020, Dr Mohammed bin Hamad al Rumhy (pictured), Minister of Oil and Gas, announced on Wednesday.

In comments during the inaugural session of the 14th Gulf Petrochemicals and Chemicals Association’s (GPCA) annual forum, underway in Dubai, he said a “20-25 per cent” divestment from the wholly-government owned corporation is being weighed either via an Initial Public Offering (IPO) or a private placement with an international investor.

The process is expected to be completed before the end of next year, he noted.

Last month, Dr Al Rumhy told local media in Muscat that the stake sale will be pursued once a year-long integration of Oman Oil Company and Orpic Group is fully completed and formalised.

Earlier this year, Oman Oil and Orpic Group outlined a strategy to invest, together with its local and international partners, in excess of $28 billion in the energy sector over the next 10 years. It has also pledged to more than double its contribution to the Gross Domestic Product (GDP), from around $8 billion per annum currently, to around $20 billion by 2030.

Additionally, the new Board has pledged to start making dividend payments to the government projected at a minimum of $1 billion per annum from 2029 onwards. The market capitalisation of the Group is anticipated to rise to $30 billion by 2030.