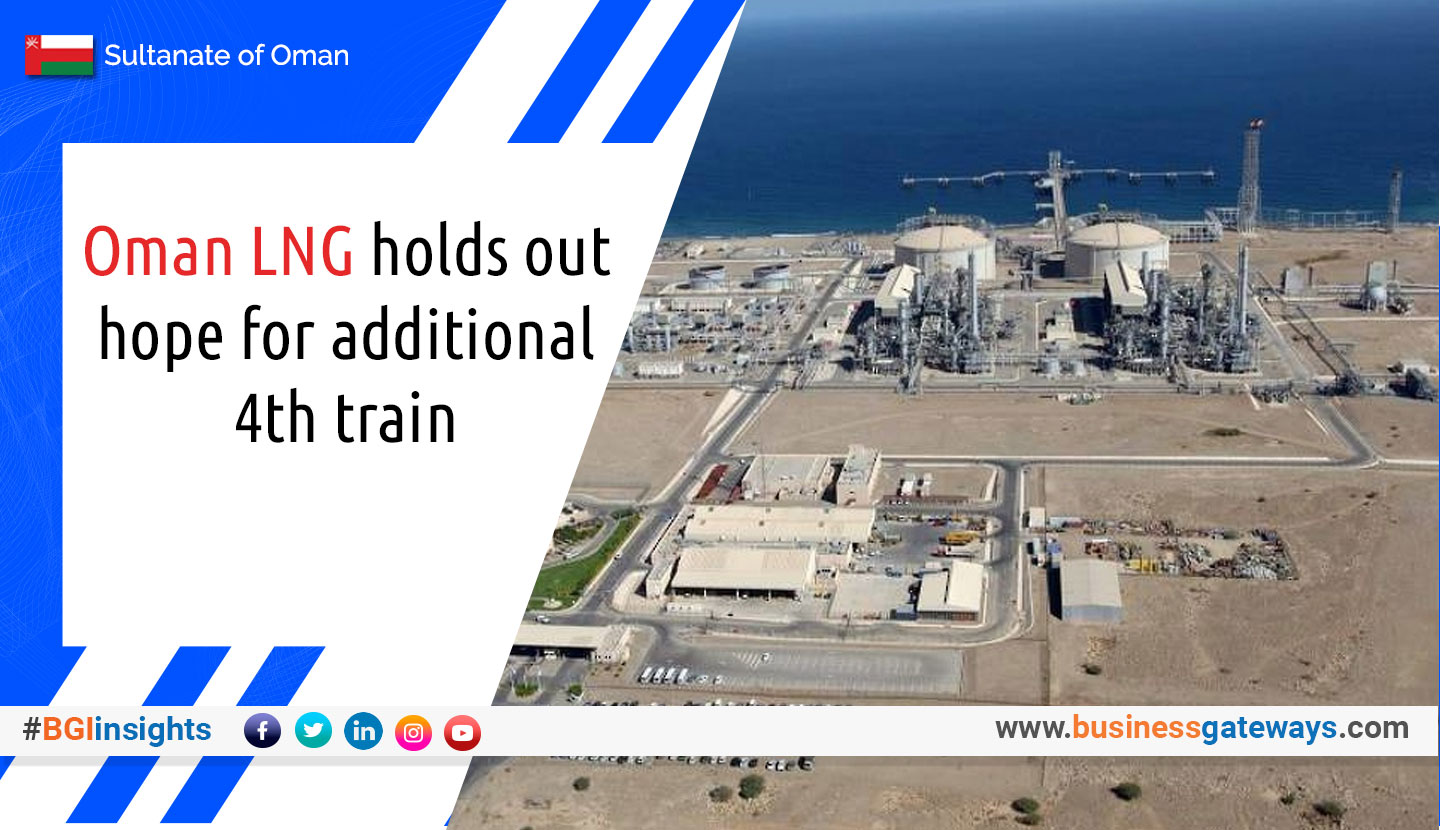 Oman LNG is banking on its hugely successful revenue generating potential, which topped $3.5 billion last year, coupled with its laudable performance on the productivity, operations, safety and CSR fronts, to a make a compelling argument in support of its longstanding desire to see a fourth train added to its 3-train liquefaction complex at Qalhat. However, Oman LNG Chief Executive Officer Harib al Kitani stressed that any decision to this effect would be essentially the prerogative of the company’s principal shareholder — the Omani government — and subject to enough gas volumes becoming available to support the feedstock needs of this expansion.

“Let’s say the government is successful in finding a lot of gas, beyond the needs of our present three trains, as well as our new debottlenecked capacity, and what is needed for all other projects in the country. In that event, I don’t see why we shouldn’t have a fourth train! After all, Oman LNG is a good revenue generating business, and we continue to do very well. But a fourth train will ultimately be the government’s call, based on its strategy. For our part, we are ready (to deliver on it,” Al Kitani told the Observer.

The official made the comments on the sidelines of the 2nd Gas and LNG Middle East, which opened at the Radisson Blu Hotel Muscat on Monday. The two-day event has been organised by London-based Wisdom Events with the support of Oman LNG and Malaysian energy giant Petronas.

Earlier, in opening remarks, Al Kitani underscored Oman LNG’s pivotal role in driving the growth of the gas business in the Sultanate and supporting the nation’s economic development over the past year.

“We have continuously been present throughout the gas journey in Oman since 1979 when we found a lot of gas, and then decided to export LNG. We delivered three trains at the lowest cost per tonne in this industry, and since then we have adopted the strategy of adapting with Oman gas quality and quantity. In a couple of months, we will be celebrating 20 years of operations — this is an amazing journey for the company and the country,” he said.

To date, Oman LNG has delivered 2,527 LNG cargoes to almost 20 countries around the world, underscoring the company’s global reputation as a “safe and reliable LNG supplier”, said the CEO.

This gas grid continues to grow, with initial cargoes from Oman LNG’s new volumes created as a result of its debottlenecking exercise, having been shipped to customers, said Al Kitani. The multi-year exercise, which kicked off in September, is set to boost the plant’s current nameplate LNG capacity of 10.4 million tonnes per annum (mtpa) to 11.4 mtpa.

“The debottlenecking project is progressing very well,” said the CEO. “We have already produced two cargoes from this new debottlenecked capacity this year, but we will reach the plateau — the maximum production from debottlenecking — in 2025.”

Oman LNG executives, he further said, are currently scouting the market for buyers for this additional capacity of 1 million MTPA. “We are looking for buyers to this volume for the remaining five years, but I think at the end of the day, we will end up with a term deal, maybe spot, and short term. So it’s a mix of everything.”

Looking to the future, Oman LNG has embarked on a life extension project, designed to add a further 25-30 years to the operational life of its liquefaction complex in Qalhat, beyond its current concession with the government concluding in 2025.