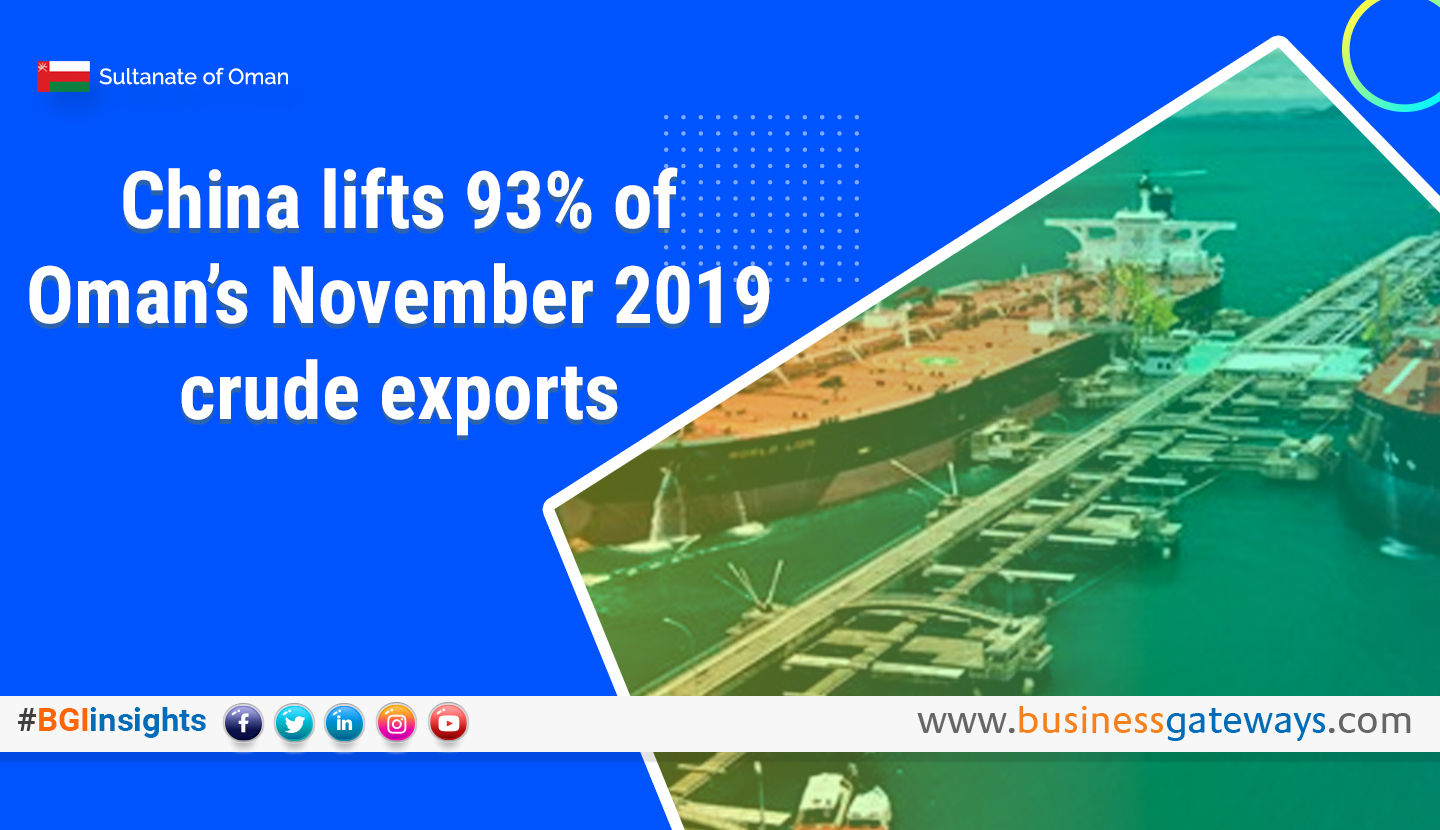 China remained the top destination for Omani crude exports during November 2019, lifting 92.99 per cent of total exports of 28.857 million barrels during the month, the Ministry of Oil and Gas said. Exports inched up 1.03 per cent over the previous month. Shipments to Japan rose 0.27 per cent to account for a 3.55 per cent share of November exports. The balance 3.46 per cent share was lifted by India. The monthly report published by the Ministry of Oil and Gas (MOG) has indicated that the Meanwhile, Oman’s total production of crude oil and condensate during November reached 29.151 million barrels, representing a daily average of 971,704 barrels.

Exports totaled 28.857 million barrels, representing a daily average of 961,926 barrels. International crude prices were up in November for the major crude oil benchmarks around the world. West Texas Intermediate crude oil at the New York Mercantile Exchange (NYMEX) averaged $57.09 per barrel, up $3.06 compared to October 2019 trading. North Sea Brent blend on the ICE in London averaged $62.71 a barrel, up by $3.08 compared to October 2019. The average monthly price for Oman Crude Oil Futures Contract at the Dubai Mercantile Exchange (DME) climbed 4.2 per cent compared with the previous month.