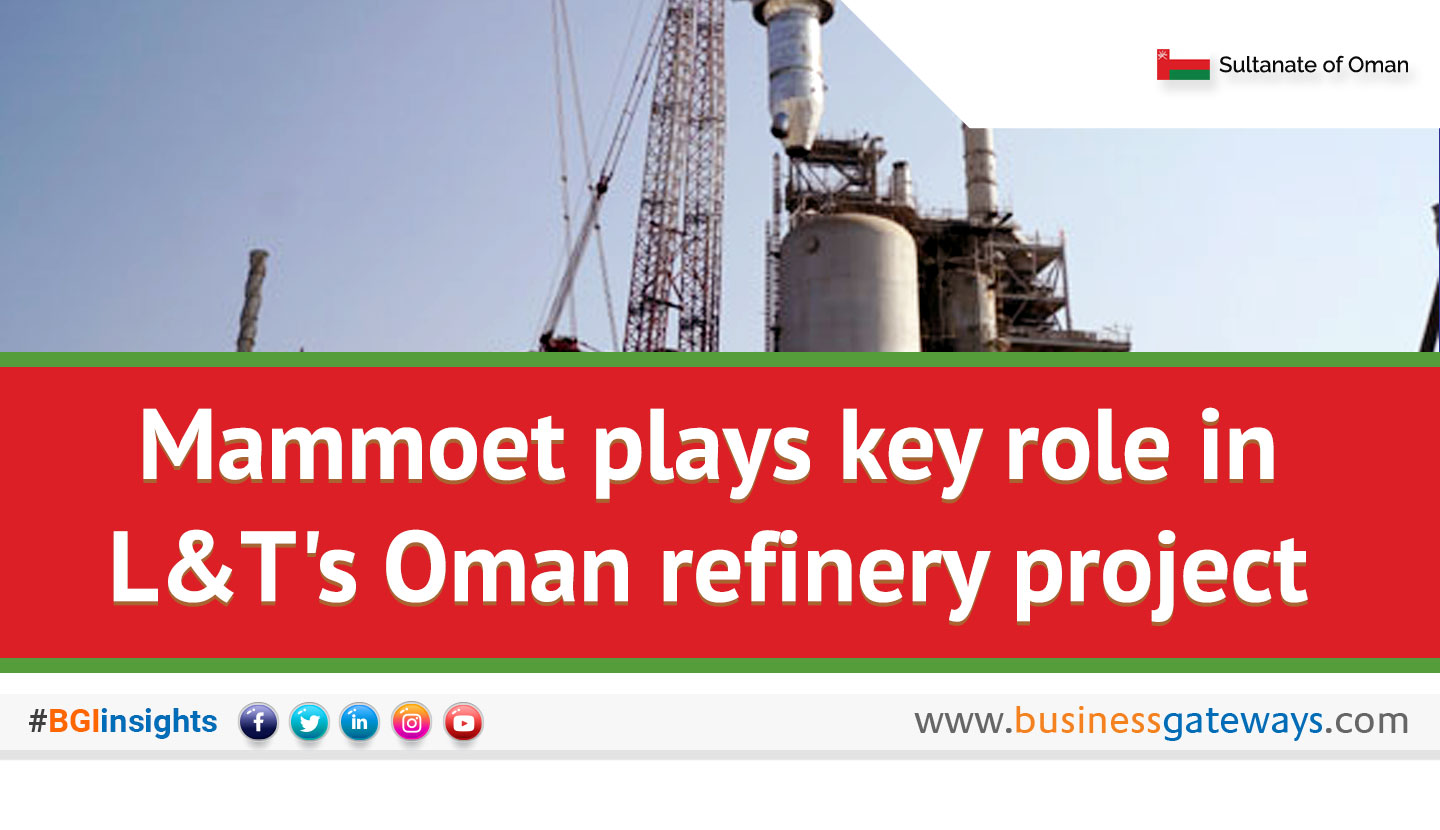 The scope of work included removal of the existing RFCC Reactor in one piece and installation of a new reactor, external riser and associated components during the Turnaround 2019, stated the company.

On the contract win, Mammoet said it had been chosen for its expertise in turnarounds and shutdowns, focus on safety and ability to minimise downtime.

Also, the global heavy lift specialist’s knowledge of the site played an important role in the decision: in 2005 Mammoet had assisted in the construction of the Sohar refinery and installed the original reactor using its ultra-heavy lift ring crane - PTC-35, it stated.

On the choice fo the crane, Mammoet said the PTC was the ideal crane for the construction and revamp projects in refineries with complex, congested spaces because of its vast lifting capacity, long reach and relatively small footprint. Hence the company proposed to re-use the crane for the exchange of the reactors.

Project-specific challenges were overcome in the positioning of the PTC crane at site, which included limited working space to assemble the crane and minimum clearance for lifting maneuvers.

Mammoet said it had charted out detailed erection and lifting plans, and procedures, in close collaboration with L&T for the Omani project. In some cases clearances of only 500mm were possible, thus requiring close co-ordination and co-operation on site, it stated.

As a result, the 1600-tonne crane safely removed the old reactor and successfully positioned the new 37-m-long reactor, weighing 740 tonne onto its foundation. The lifts were carried out effectively within the lifting height of 99 m.

Hamed Faqir Al Balushi, the manager project management at Orpic, commended the entire L&T team for having completed all the heavy lifts of RFCC Reactor Replacement Project successfully and safely.

"The flawless execution of these critical Turnaround activities demonstrates L&T’s strength in planning and execution of such high-risk jobs," stated Al Balushi.

"Kudos to entire construction team for converting plan into reality ahead of time, particularly engineering, manufacturing teams of L&T and heavy lift crew of Mammoet, as the components went into the place as they were expected to," he added.

Anupam Ghosal, the head of modification, revamp and upgrade (MRU) business of L&T Heavy Engineering, said: "It’s a proud moment for L&T. Conclusion of this very critical project of RFCC Revamp to the satisfaction of ORPIC once again establishes world-class competencies of MRU business. As part of this project, Reactor and Riser assembly was manufactured in the state of art facilities of L&T Heavy Engineering located at Hazira, India."

"All activities for the turnaround, from engineering to execution, were planned over a course of more than a year," observed Ghosal.

"Reactor lift, weighing 740 tonne, was challenging with several variables affecting the flexibility and needed a meticulous planning over a course of several months by L&T in coordination with Mammoet," he explained.

"Flawless lifting of the reactor was a momentous occasion. We are indeed happy with the end result and thank Mammoet team for their professionalism," he added.