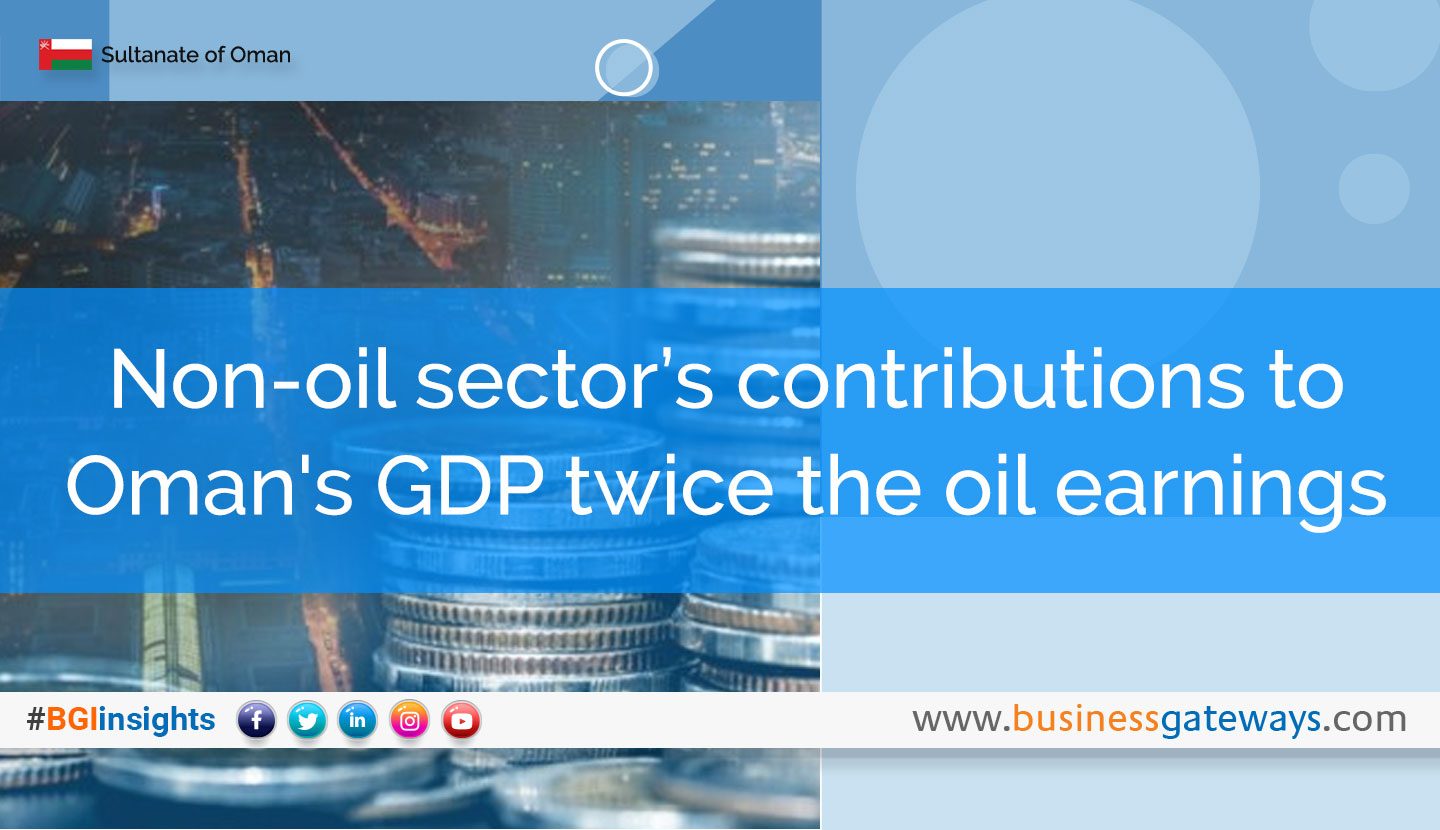 Oman’s Gross Domestic Product (GDP) for the first six months of 2019 stood at OMR14.66 billion, data released by the Central Bank of Oman (CBO) has shown.

This contribution from the petroleum sector to the GDP is a billion rials more than it was in 2017, when this sector provided only OMR4.047 billion, with the non-petroleum sector providing another OMR9.59 billion to take the GDP to OMR13.637 billion for the first six months of 2017.

The GDP for the corresponding period in 2018, according to this CBO report, was OMR14.901 billion. Petroleum contributed OMR5.001 billion, and the non-petroleum sector another OMR9.9 billion.

Commenting on this, Dr CK Anchan, the managing director of World Wide Business House LLC, an international trade advisory organisation in the Sultanate, said, “The outlook looks to be robust over the medium-term with the expected recovery in oil prices and accelerated traction in non-oil economic activities. The non-oil sector will continue to gain traction on the back of an improving business climate underpinned by effective policy decisions.

“The Sultanate will continue to bank on its thriving non-oil sectors to drive economic growth over the medium term, aided by a flurry of new enabling policy actions and a brightening business environment,” he added.

“The diversification plan, Tanfeedh, along with other initiatives to improve the business environment is yielding encouraging results and fostering traction in the non-hydrocarbon sector.

“The ninth five-year development plan under Vision 2040 continues to emphasise more diversified economic activities to insulate the economy from external shocks,” he went on to say.

“The government also undertook some important policy measures, such as the establishment of a commercial arbitration centre, the adoption of a new commercial companies’ law, and a further streamlining of licencing processes through the Invest Easy programme in order to improve the business and investment climate and promote private sector-led growth in the Sultanate.”

Ramanuj Venkatesh, a financial analyst in the country, said an increase in demand for oil would always put countries like Oman in an advantage, but added that future diversification was also going to help the country.

“The factors that govern oil prices are supply and demand,” he explained. “Going forward, the factor that can further boost oil prices will first be based on demand, especially across those countries where there are not many energy resources available, or where their energy sector is not so developed. If you were to take countries like China and India for example, they import a lot of oil because economies of their size need it. Another factor is logistics. Although the logistics for oil are well-developed here, if it becomes easier to supply oil, then the costs of production and supply will go down.”

“The more you see Omani goods such as milk, meat, fruits and vegetables in overseas markets, the better it will be for the country in the long-term, because Oman will then get a reputation as an exporter of quality goods, provided it can maintain and sustain the global export standards that are expected of any exporter,” he added.