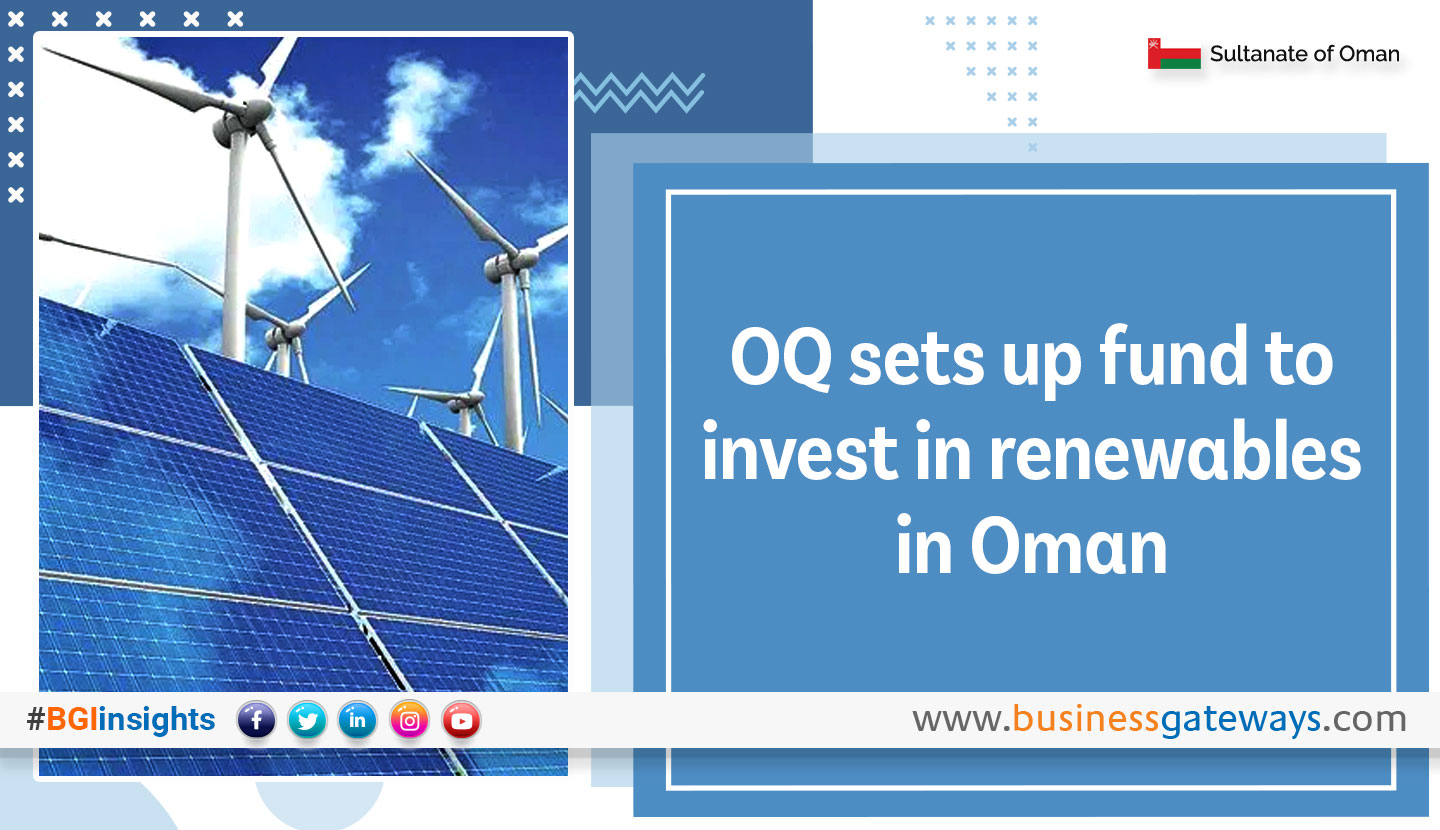 Oman Oil and Orpic Group (OQ) the Sultanate’s $28 billion integrated energy and petrochemicals powerhouse has set up a dedicated fund to invest in renewables and technology.

The announcement came during a press briefing on Tuesday ahead of the landmark rebranding of the Group to OQ.

Ahmed bin Saleh al Jahdhami, CEO, Downstream – OQ, said the Group’s Board has green-lighted a strategy for investments in renewables and related initiatives. “We are still at an early stage, but earlier this year, the Board approved a strategy to focus on alternative energy (resources) as one of the key pillars of growth for the group for the future. We are right now working on plans in this regard.”

A fund has been instituted to invest in renewable energy and technology in general, said Al Jahdhami, noting that energy efficiency will also be a key area of focus for the Group.

“We will be developing renewable energy projects in solar, wind and hydrogen. We are exploring all of these options, and once feasibility studies are completed, we will be going in for a FID (Final Investment Decision) for these projects. Hopefully, within (2020), we will be able to approve some projects (for implementation).”

With the addition of renewables and alternative energy resources to its substantial business portfolio, OQ is set to position itself as an end-to-end, integrated energy giant, encompassing not only hydrocarbon-based fuels but potentially low-carbon fuels, such as hydrogen.

The Group has already outlined plans to invest $28 billion future growth projects of which $18 billion has been earmarked for Duqm Refinery and the future Duqm Petrochemicals projects. In addition to alternative energy, the Group plans to introduce new business lines including gas management and retail.