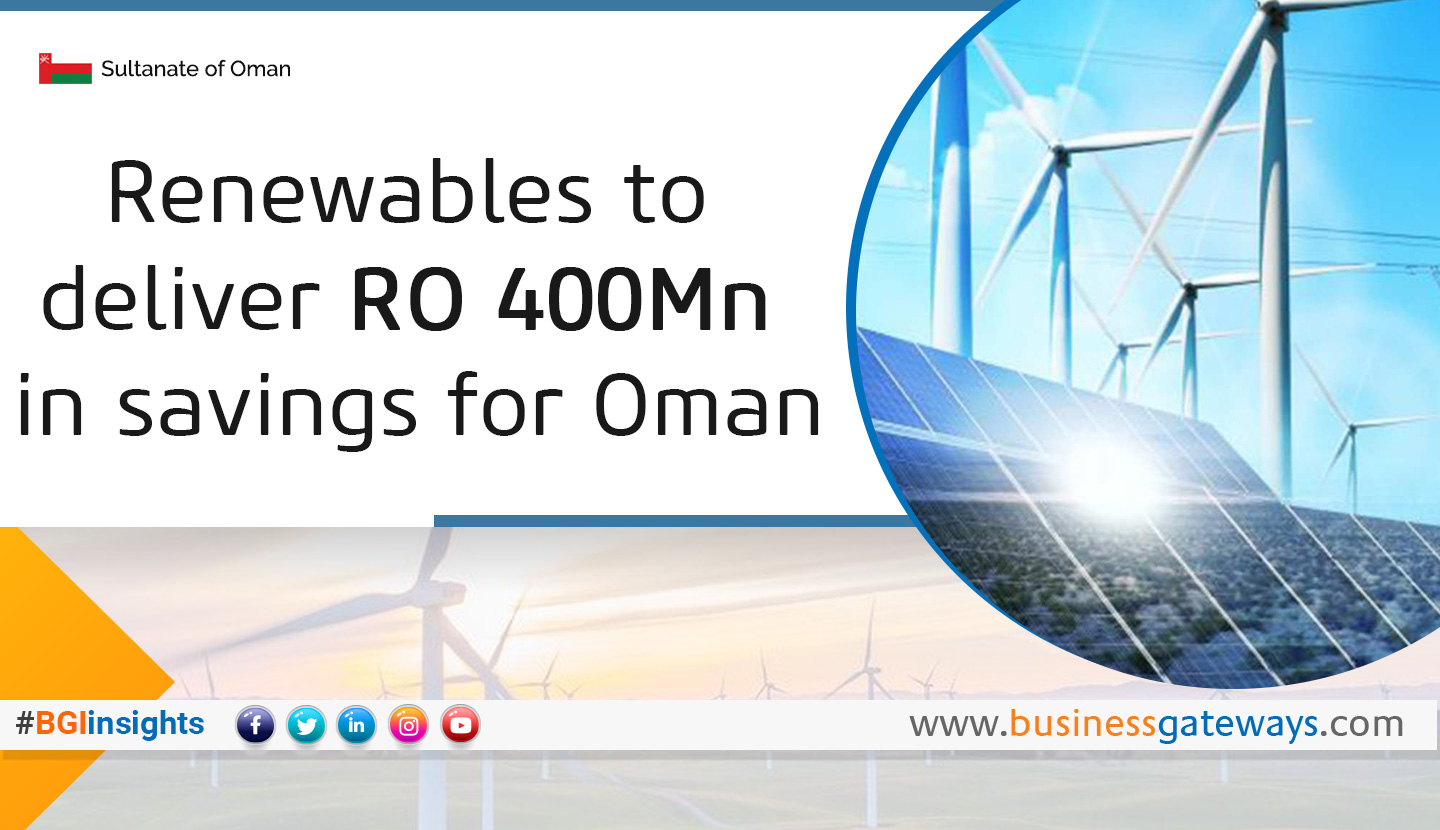 Cost savings estimated at around RO 400 million will accrue to the Sultanate as a result of the government’s decision to gradually supplant gas-based electricity generation with renewables over the initial phases of this energy transition, according to an official of the Ministry of Oil and Gas. Hilal Said al Hadi, Head of Studies and Research at the Ministry, said the savings will ensue from primarily two sources: first – the falling cost of equipment and hardware used in renewable energy plants, and second – utilisation of natural gas freed up as a result of the transition for value-adding industrial investments and potentially export as well. These savings are particularly promising if gas prices are calculated at a unit cost of $8 per BTU (British Thermal Unit), he noted.

Speaking at the Oman Sustainable Energy and Technology Summit held in the city recently, Al Hadi said the projected monetary benefits are just one part of an array of socioeconomic spin-offs that will accrue to the Sultanate from its early adoption of renewables.

Among other things, the pursuit of renewables will nurture the growth of a cadre of Omani engineers and technicians proficient in the development, operation and maintenance of renewable energy projects. It will also drive the inflow of new technologies linked to clean energy sources and prime the Omani market for international investment in renewables and clean technologies, he said.
A strategy for renewable energy adoption in the Sultanate targets a minimum 10 per cent share of total electricity output from solar, wind and waste-to-energy projects by 2025. With a raft of major and minor projects already in the pipeline for implementation, Oman is well on course to surpassing this goal, according to the official.

In addition to the implementation of large-scale solar PV projects in Ibri, Manah and Adam, the strategy also calls for the development of wind power projects in Sur, Jaalan Bani Bu Ali, Duqm, Sadah, Shaleem & Al Halaniyat, and Al Jazer. Also in the works are a wide-scale rooftop solar PV scheme, as well as a number of Waste-to-Energy and bio-waste plants envisioned at different locations in the Sultanate.

In parallel with the growth of the renewable energy sector, the various electricity transmission and distribution subsidiaries of Nama Group (The Electricity Holding Company) are also formulating plans to develop and expand their networks, said Al Hadi.

Investments anticipated in this regard are estimated in excess of RO 1 billion over the 2020 – 2025 time frame, with Oman Electricity Transmission Company (OETC) – the owner and operator of the country’s two main grids in the north and south – accounting for roughly half of this amount. A key investment planned by OETC is the North-South Interconnection Project, which will link the two grids as well as enable the evacuation of power from solar and wind projects expected to come up in areas currently unserved by the grids.