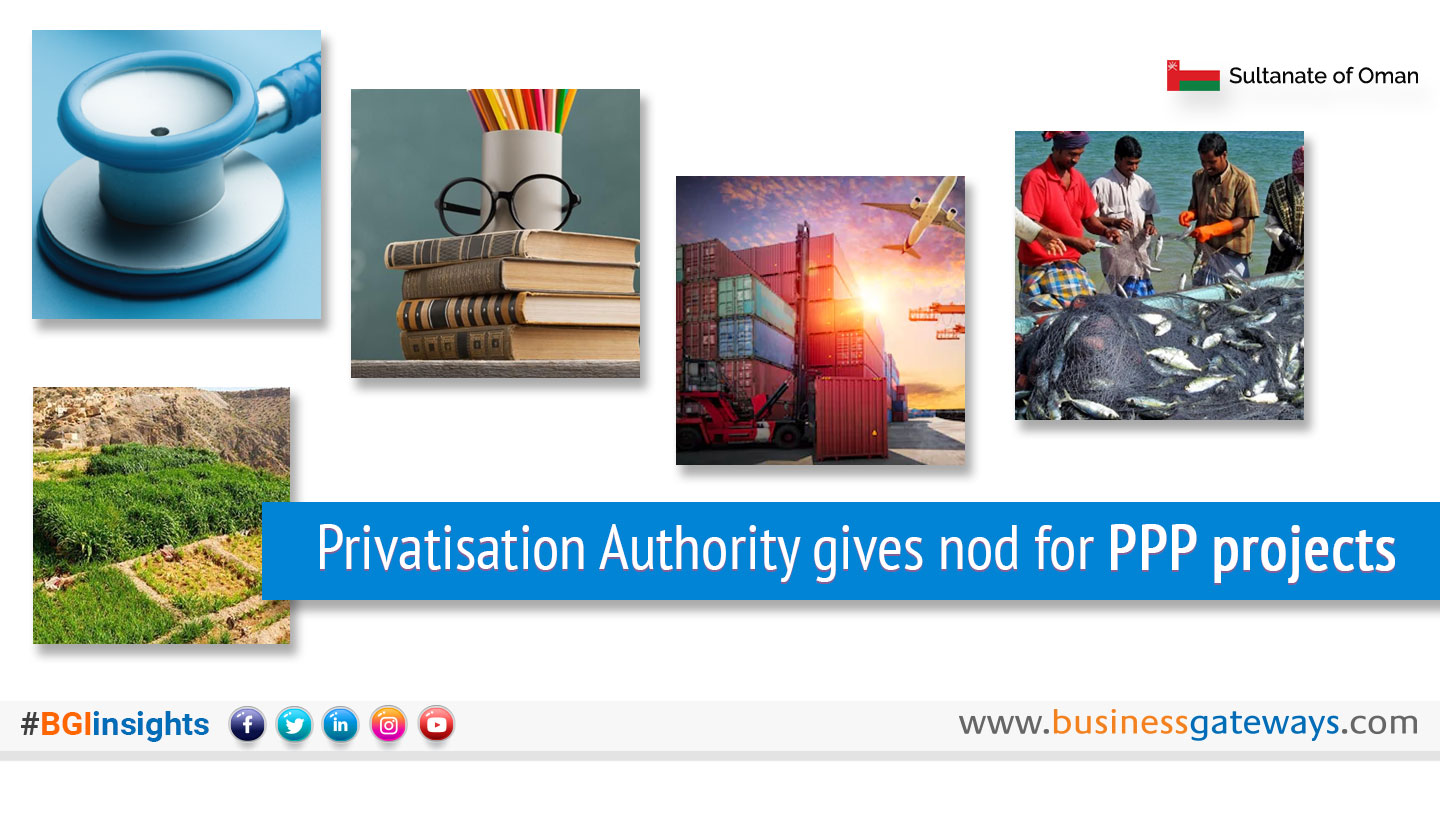 The Board of Directors of the Public Authority for Privatization and Partnership (PAPP) has approved a portfolio of projects, along with their underlying frameworks, for implementation on a public private partnership (PPP) basis. The approvals came at the Authority’s second meeting of the year, which was chaired by Dr Ali bin Masoud al Sunaidy, Minister of Commerce and Industry.

During the meeting, a number of PPP projects in the field of health, education, transport, agriculture and fisheries, were reviewed and given provisional approval. Besides, the Authority approved a feasibility study for the application of PPP in the development and operation of sewage treatment plants (STPs) for the Oman Wastewater Services Company (Haya Water) at Al Misfah, Al Suwaiq and Al Khabourah.

The National Project for Hazardous Solid Waste Treatment of Oman Environment Services Holding Company (Be’ah), which will be based in Suhar, has also been approved.

These partnerships are expected to result in the transfer of best practices from the private sector and a reduction in the actual cost compared to direct government implementation of such projects. The Authority will work during the next stage to complete the partnership procedures and announce investment opportunities and mechanisms.

Also during the meeting, the Authority launched its new website www.papp.om. It also reviewed and approved the draft regulations of the Privatization Law and the Partnership Law between the public and private sectors, in preparation for submitting them to the competent authorities for final approval. The meeting also reviewed and approved the Authority’s work plan for 2020.

Dr Al Sunaidy commended the tireless efforts of the Public Authority for Privatization and Partnership in identifying new projects that contribute to the development of the national economy. He also praised the integrative role played by government and private institutions and investors to cooperate with the authority to implement the offset (Tawazun) programme, and the Law on PPP.