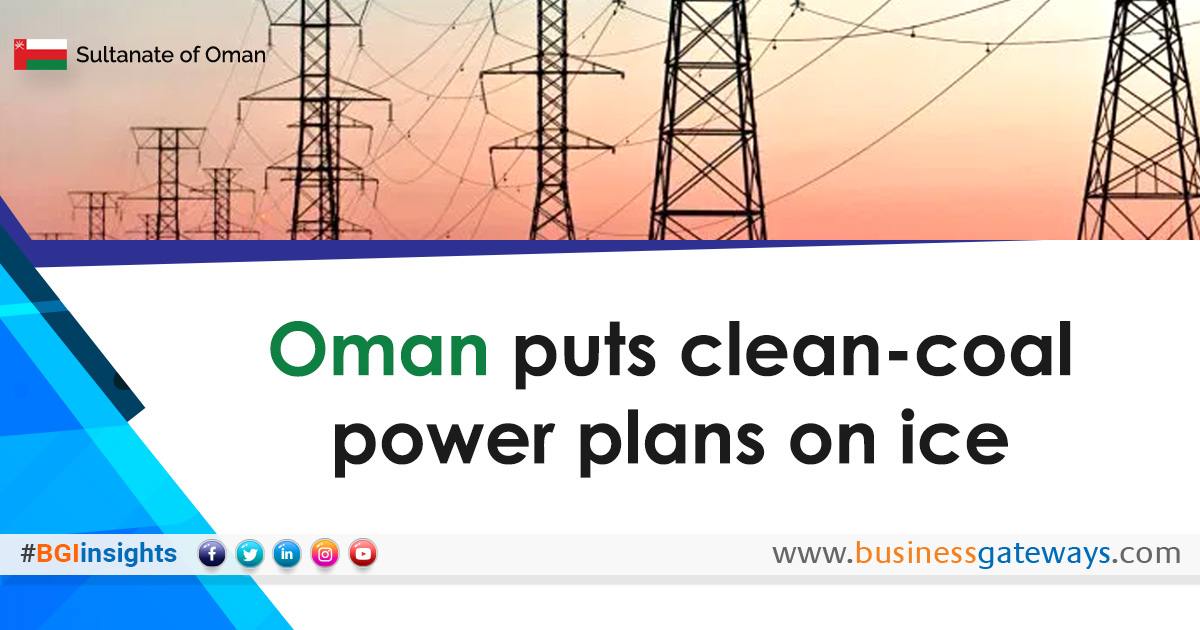 Plans for the inclusion of ‘clean coal’ in Oman’s diversified energy mix have put on the back-burner for now, as the country makes an aggressive transition to renewables-based electricity generation, according to an official of the Ministry of Oil and Gas. Hilal bin Said al Hadi, Head of Studies and Research at the Ministry, said moves to embrace clean-coal based power generation as part of the Sultanate’s fuel diversification strategy have been “suspended” in light of the current focus on solar PV and wind power resources. The official made the disclosure during a presentation held at an energy summit held in Muscat recently.

Clean-coal power generation, which was originally slated to contribute around 3 gigawatts (GW) of capacity by 2030 under the government’s fuel diversification strategy, is now on ice. Oman Power and Water Procurement Company (OPWP), the sole procurer of new generation capacity in the Sultanate, had earlier indicated that it is actively weighing the procurement of a Concentrated Solar Power (CSP) plant if a Clean Coal Independent Power Project (IPP) proposed at Duqm SEZ does not get the government’s greenlight for implementation before the end of this year. Envisaged in lieu of the clean coal power plant is a 600 MW CSP project (also known as a thermal power plant).

Explaining its vision for supporting the Duqm SEZ’s electricity requirements, the procurer had stated in its 7-Year Outlook Statement issued in July: “Upon direction from the Government, OPWP initiated procurement of a Clean Coal IPP in 2018, following a feasibility study. The project has not yet been approved, pending policy evaluation of alternatives. Considering the need to develop a baseload generator to serve the Duqm load centre, OPWP plans to develop a Thermal Solar project with thermal storage if the procurement of the clean coal project is not approved to proceed in 2019. The Thermal Solar project is planned to provide around 600 MW by 2025, about the same capacity of the first block of the Clean Coal IPP.”

Oman is targeting a minimum 10 per cent share of electricity output from renewable sources by 2025 – a target that is projected to be surpassed as investments are lined up in a string of solar PV, wind and waste-to-energy projects.