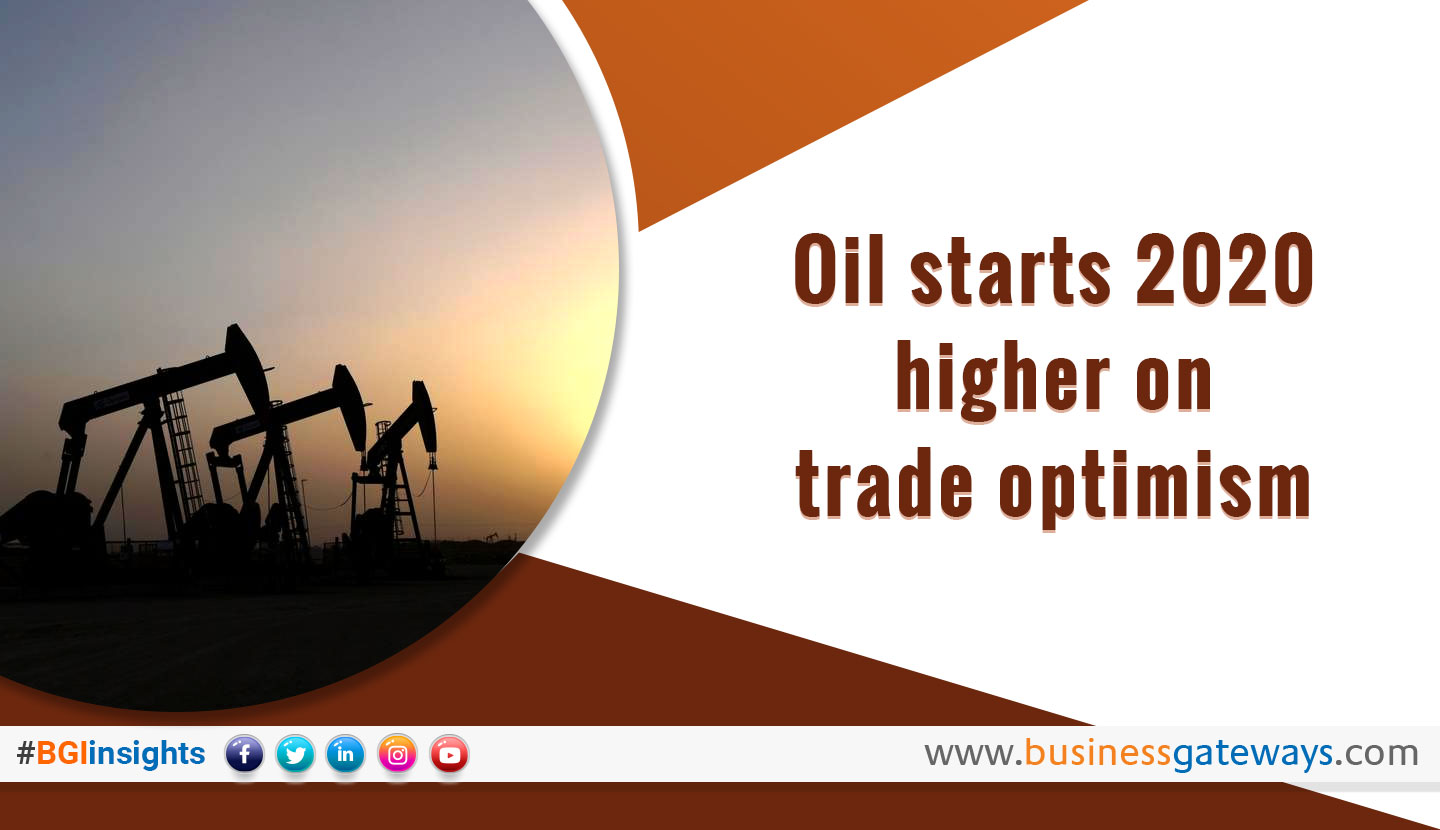 Oil prices kicked off the new year higher on Thursday as warming trade relations between the United States and China eased demand concerns, while rising tensions in the Middle East fuelled worries about supply.

Oil markets were closed on Wednesday for New Year’s Day.

Both benchmarks ended higher in 2019, posting their biggest annual gains since 2016, buoyed at the end of the year by a thaw in the prolonged trade dispute between the United States and China — the world’s two largest economies — and a deeper output cut pledged by the Organization of Petroleum Exporting Countries (OPEC) and its allies.

US President Donald Trump said on Tuesday the US-China Phase 1 trade deal would be signed on January 15 at the White House. January also marks the start of the deeper output cuts by OPEC and its partners, including Russia. OPEC and its allies have agreed to cut a further of 500,000 barrels per day (bpd) from January 1, on top of their previous cut of 1.2 million bpd that started on January 1 a year ago.