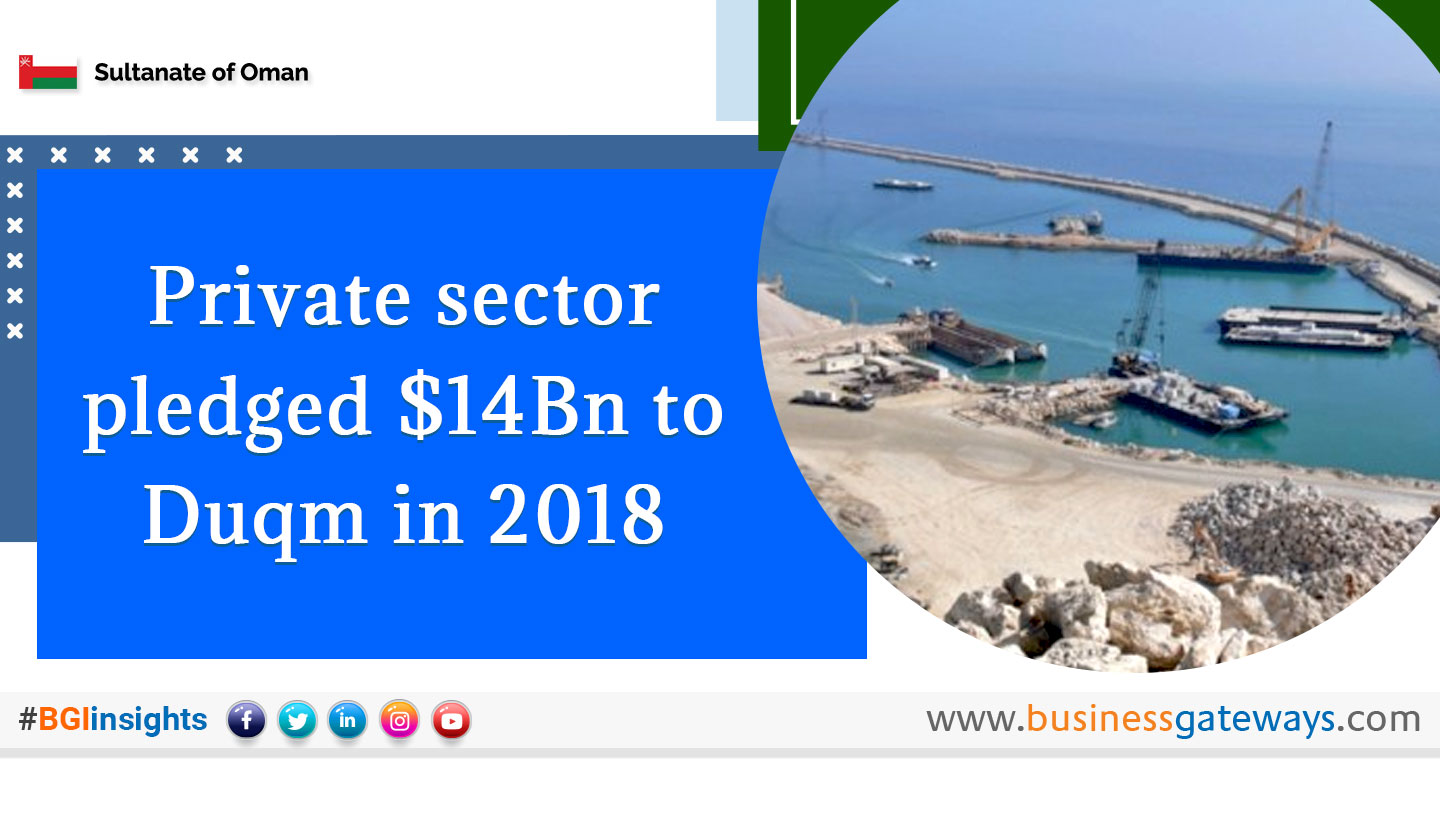 Private sector organisations contributed more than $14 billion to projects in Duqm in 2018, a new report from the Special Economic Zone Authority at Duqm (SEZAD), has shown.

According to the report, investments from private bodies reached $14.186 billion (about OMR 5.5 billion) in 2018, the highest amount of money that has been allocated to Duqm in the last five years.

“Investments for the China-Oman Industrial Park have been calculated and confirmed in the form of 10 projects, with an investment amounting to $3.8 billion,” SEZAD said in the report. “The total value of the Duqm refinery has been calculated to amount to $5.7 billion.”

The majority of this investment is in the form of industrial projects that will see $10.49 billion committed to them, while tourism has an investment of $3.018 billion. A further $380.6 million will go towards commercial building projects such as office blocks, while $267 million has been allocated for commercial enterprises such as stores.

“The Royal Decree No. 119/2011 establishing the Special Economic Zone Authority at Duqm (SEZAD) represented a defining moment for Duqm,” said Haitham bin Khalifa Al Shukaili, a statistical specialist at the Department of Studies and International Cooperation at SEZAD.

“Under this decree, the authority was assigned the responsibility of overseeing the development of Duqm and managing and developing its economic zone to contribute to overall economic and social development.

“From that moment on, the government, represented by SEZAD, sought to create an attractive environment for investments by completing the legislative system of regulations and rules and by completing the zone’s plans, in addition to the investment in infrastructure, which has been demonstrated through the completion of major road works, the system of protecting the zone from the risks of flooding and draining of surface water, commercial operations at Duqm Airport, and the completion of a number of port packages and many other projects,” added Al Shukaili.