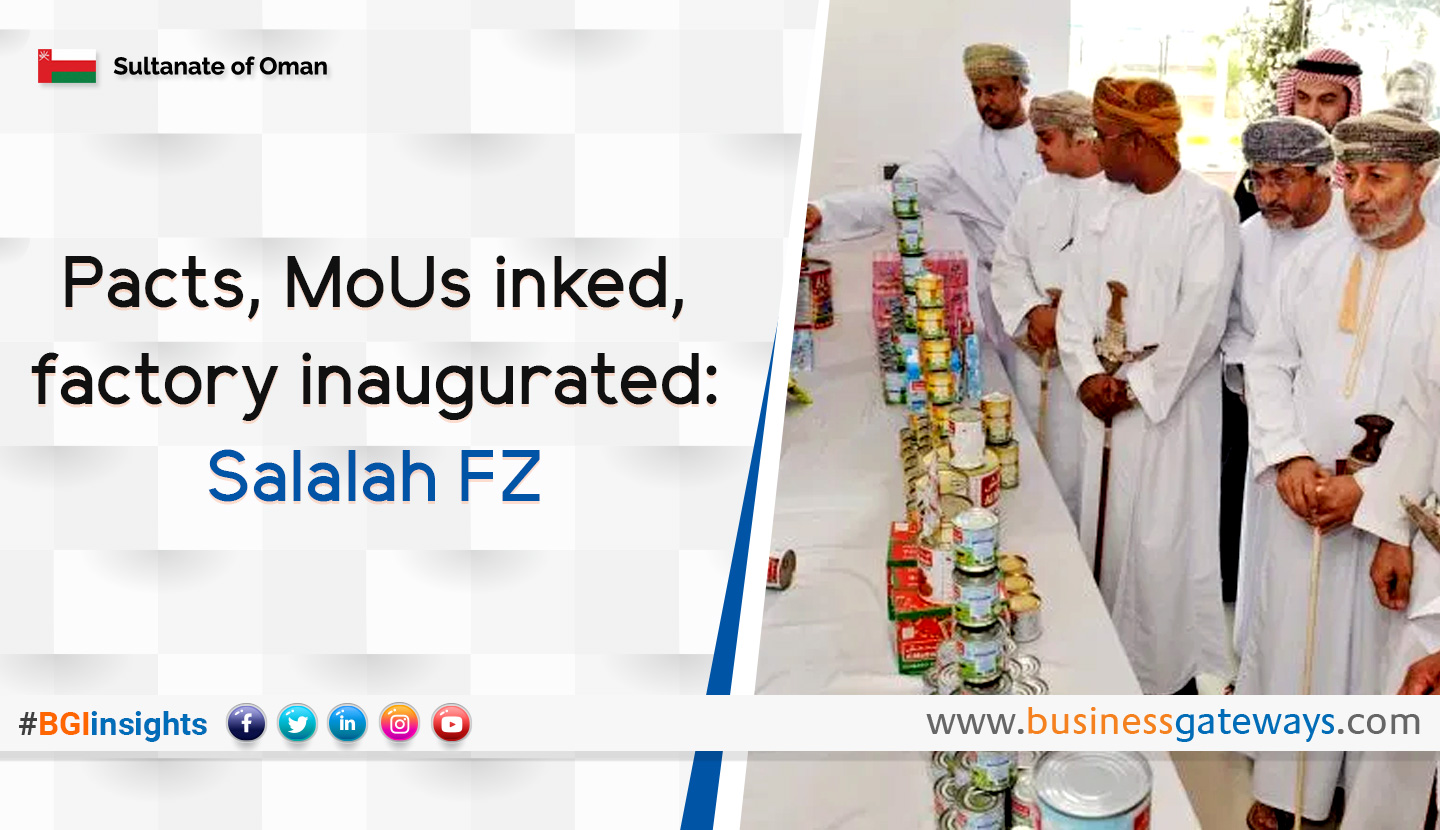 Salalah Free Zone (SFR) on Sunday celebrated the opening of Oman Dairy Products factory and signed a number of agreements and memorandam of understanding for new projects on the free zone.

The memoranda of understanding signed by Salalah Free Zone included one with Iran International Hospital and another with Stemz Health Care to set up a hospital at the free zone.

The ceremony was presdied over by Darwish bin Ismaeel al Balushi, Minister Responsible for Financial Affairs, and attended by Ahmed bin Nasser al Mahrzi, Minister of Tourism and Board Chairman of SFZ.

The key event of the ceremony was the inauguration of Oman Dairy Products factory, a $70 million investment the first phase of which went operational by the third quarter of 2019.

A sub-usufruct agreement was signed to produce urea, an investment project worth $285 million. The unit is set up on an area of 150,000 square metres and it will have a production capacity of 570,000 tonnes and will generate 550 jobs.

The foundation stone of three direct foreign investment projects was laid down. These were National Steel Industries unit, set up on an area of 86,000, metres which will produce 300,000 tonnes per annum.

Its products will enhance various industries, including fridges, power generators and steel roofs. This $500 million investment will provide 500 direct jobs.

The foundation stone of a bus assembly unit was also laid down at the ceremony. The factory, to be set up on an area of 50,000 square metres, will have an annual production capacity of 1,500 bus, 70 per cent of which will be exported to markets in the GCC, Africa and the league of independent countries. It will provide 350 direct jobs.

The third foundation stone laid down on Sunday was a water and healthy beverages factory set up on an area of 21,000 metres. The unit will have an annual production capacity of more than 4 million cartons, 90 per cent of which will be exported to GCC, African and East Asian markets. The $13 million investment will provide 52 direct jobs.

A second memorandum of understanding was signed with Iran International Hotel, an affiliate of the Iranian Red Cross, for the setting up of a world-class hospital at Salalah Free Zone.

The third memorandum of understanding was signed with Stemz Healthcare, a pioneer of medical services, for the establishment of a medical examination centre to serve the visa section at SFZ.