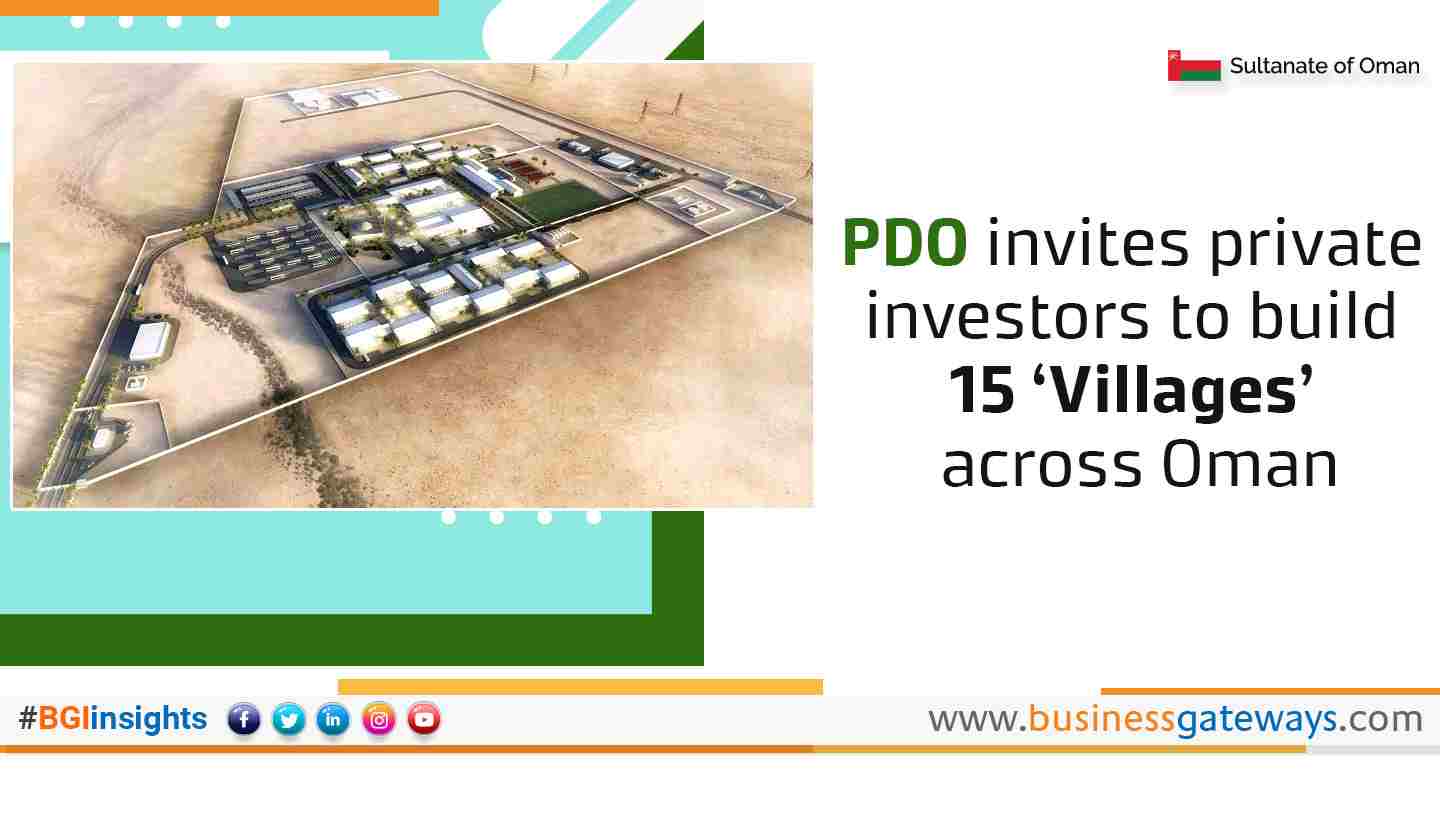 In what promises to be a major shot in the arm for the construction and real estate sectors in the Sultanate, majority state-owned Petroleum Development Oman (PDO) is inviting private developers to build as many as 15 new Accommodation Villages for thousands of its permanent staff and contractor workforces across its sprawling Block 6 concession.

The initiative, dubbed ‘Manazil’, will be “game-changer” that seeks to transition from the current fragmented approach to a fully integrated, standardized and outsourced model for accommodation, said Manazil’s Project Manager, Ahmed al Shaibani (pictured).

“These are essentially greenfield ‘Worker Villages’ that will optimize worker welfare, boost labour productivity and cost competitiveness, as well as bring in a lot of efficiency through improve utilization and the use of new technologies,” said Al Shaibani. “Manazil is based on a concept that has been adopted in other countries, but what we are doing within PDO, will be the biggest on this scale in this region,” he added in comments to the Observer.

On Wednesday, scores of Omani real estate developers, investors, contractors and SMEs attended a seminar hosted by PDO at Grand Hyatt Muscat where the specifics of Project Manazil were showcased.

Project Manazil, according to Al Shaibani, calls for the eventual closure of all of the existing camps and for the relocation of PDO staff, contractor workforces, and temporary employees in fully integrated and design-built Villages. These Villages will come up in 12 strategic industrial areas and three proposed satellite locations, notably Fahud, Kauther, Lekhwair, QarnAlam, Saih Rawl (Mabrouk) and Yibal in the North, and Amal(Al Noor), Bahja (Zauliyah), Harweel, Marmul, Nimr and Rimain the South.

The proposed Villages will be simultaneously developed at all 15 locations under the Design, Build, Own, Operate, Maintain, with the option to Transfer (DBOOM/T) model with tenures extending to the end of PDO’s current concession which expires in 2044, he said.

Interested bidders can bid for one or more locations, the Project Manager said, stressing that preference will be given to developers that not only have the capability and resources to deliver on their contractual requirements, but also make a robust commitment to In-Country Value (ICV) development, localisation and job creation for Omanis.

Interested developers have until mid-January to submit their Expressions of Interest. Shortlisted parties will be invited to submit firm offers in April, he added.