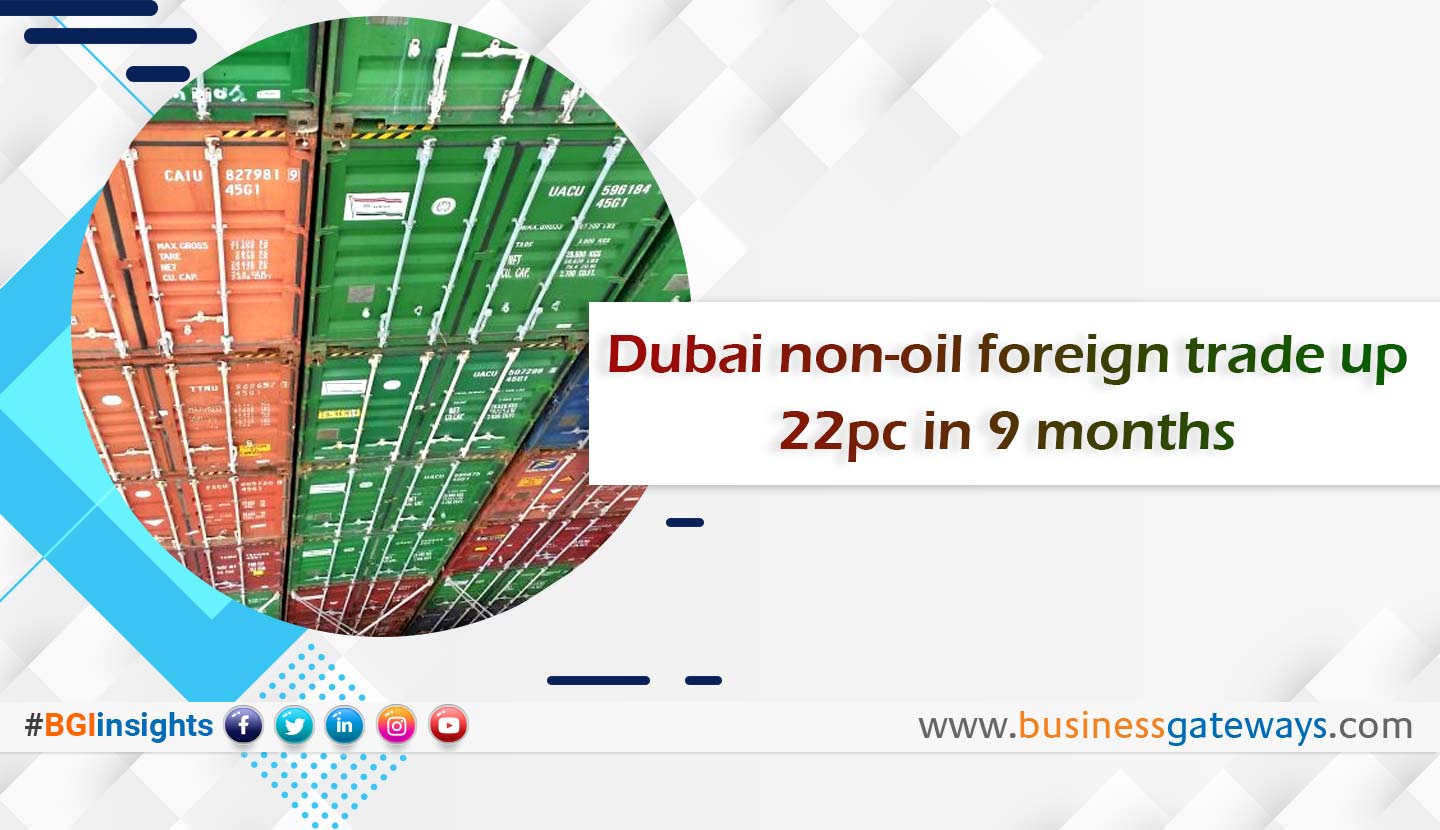 Dubai's non-oil foreign trade volumes surged to 83 million tonnes in the first nine months of 2019, marking an increase by 22 percent year-on year from 68 million tonnes during the same period in 2018, said Dubai Customs.

Dubai Customs also saw a rise of the number of transactions carried out by the Dubai government department in 2019, recording an increase of 34 percent 13 million transactions, compared to 9.7 million in 2018.

"Dubai trade with the world crossed the trillion mark growing by six percent to reach Dh1.019 trillion ($277 billion) in the first nine months of 2019 from Dh966 billion in the same period in 2018," said Ahmed Mahboob Musabih, director-general of Dubai Customs.

Exports rose by 23 percent to Dh118 billion, re-exports grew by four percent to Dh312 billion, and imports were up three percent at Dh589 billion.

"In support of this growth Dubai Customs launched a number of initiatives that aim to facilitate and enhance trade, including 24 projects in support of the upcoming Expo 2020."

The Dubai Customs Director-General affirmed, "We are now fully connected with other government partners to ensure best services are delivered to Expo 2020 exhibitors. We managed to reduce time needed to fill out declaration applications from 20 minutes to just five minutes with the help of many advanced applications and platforms including the Smart Workspace. Facilitating trade and providing excellent services to our clients is a priority and a daily practice and not just a slogan that we raise. This is what put us first on top of the client happiness meter with 98 percent."