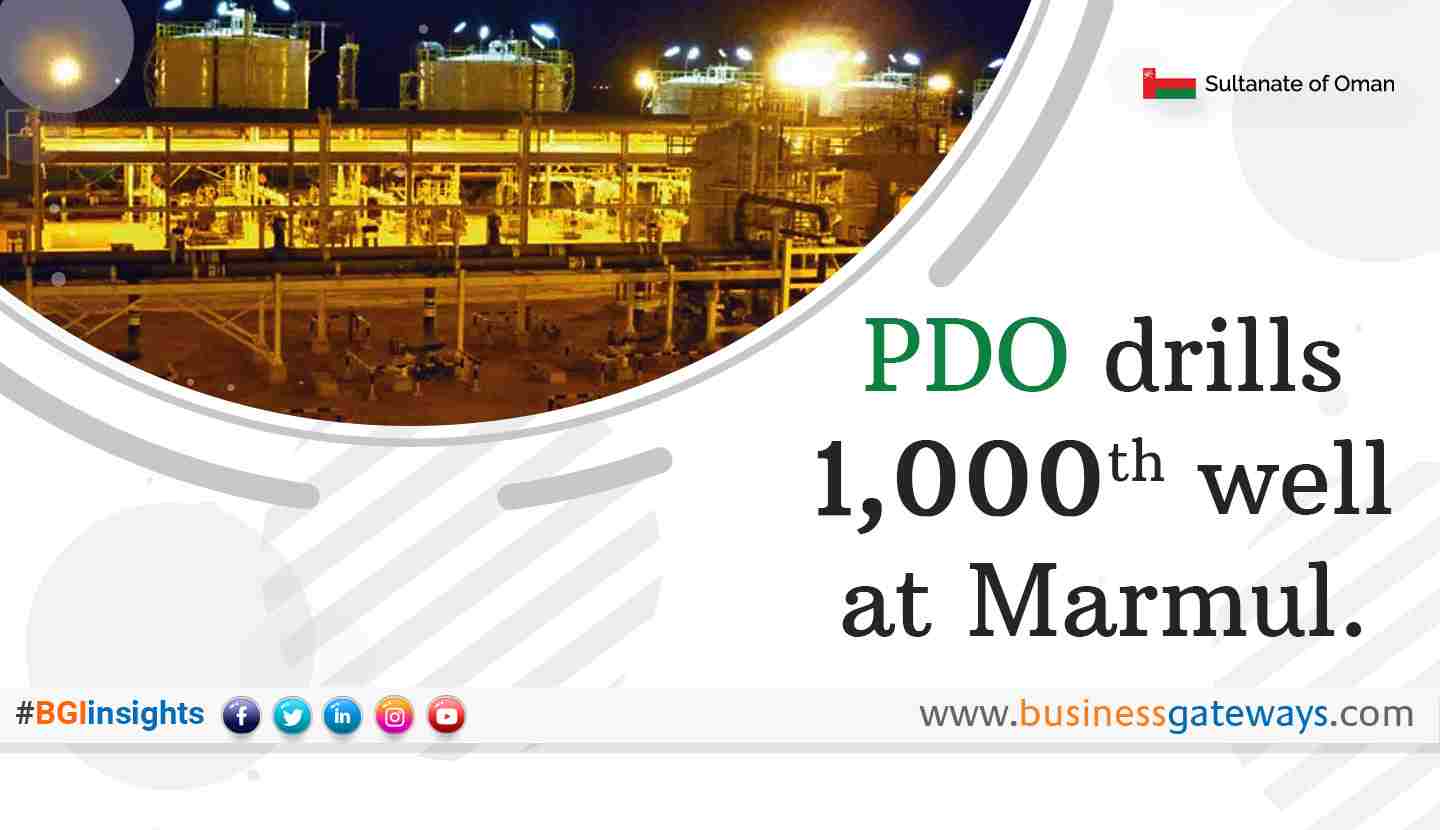 Petroleum Development Oman (PDO) has drilled the 1,000th well at Marmul-Rahab-Thuleilat-Qaharir (RTQ) cluster located in South Oman. This is the second time that a PDO oil field has achieved this milestone with the first being Nimr in 2013.

MM-1000 was part of an accelerated programme to boost production by secondary recovery. Its delivery was doubly impressive as the well was commissioned in merely 16 hours from the rig move.

PDO Oil South Director Salim al Sikaiti said: “It is quite remarkable what Marmul has accomplished to date, and the vision is to grow further with another 1,000 wells in the future.

“It is great to see the Marmul cluster sustaining high oil rates after 40 years of extended production given the advanced maturity of some of these fields and their respective developments.

“I would like to thank all those, both PDO and contractors, who have contributed to this great achievement.” The Marmul field was first discovered in 1956, and was brought on stream in 1980 when the Main Oil Line was commissioned in South Oman. The cluster currently holds a significant portfolio of hydrocarbon volumes contributing an average of 81,600 barrels per day (bpd).

Around 500 more wells are to be drilled in the coming few years in various fields in the cluster through the Marmul Polymer Phase 3 development and denser waterflood infill projects that will further boost production and add to the nation’s reserves.