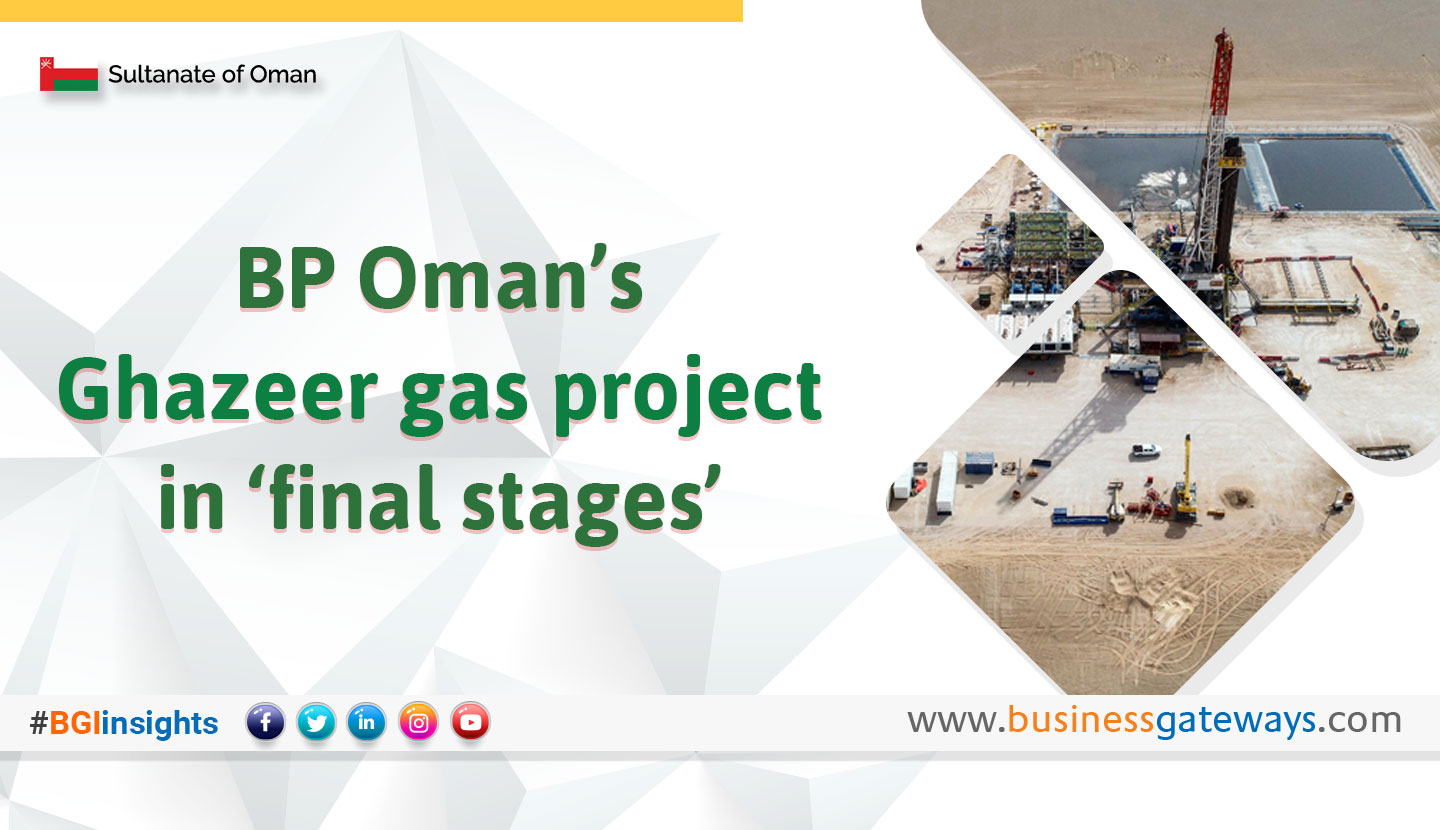 The second phase of BP Oman’s multibillion-dollar tight gas development in Block 61 in central Oman is in the “final stages”, according to a top official representing the energy supermajor in the Sultanate.

Yousuf al Ojaili, President, made the announcement in a tweet welcoming on Tuesday the visit of Salim bin Nasser al Aufi, Under-Secretary of the Ministry of Oil & Gas, to the construction site where new gas processing facilities are nearing completion in Block 61.

Khazzan, representing the first phase of BP Oman’s mega investment in unlocking the tight gas resources of Block 61, is currently producing around one billion cubic feet per day (bcf/d).

This will be boosted to 1.5 bcf/day when the Ghazeer development, representing Phase 2 of BP Oman’s multi-year development, comes on stream early in 2021.

In addition to the drilling of around 100 wells as part of Phase 2, BP Oman is adding a third gas processing train to the central processing facilities (CPF) in Block 61, along with a second condensate train, gathering systems, well hookups, and a new gas export system connecting with Oman Gas Company’s network in Fahud.