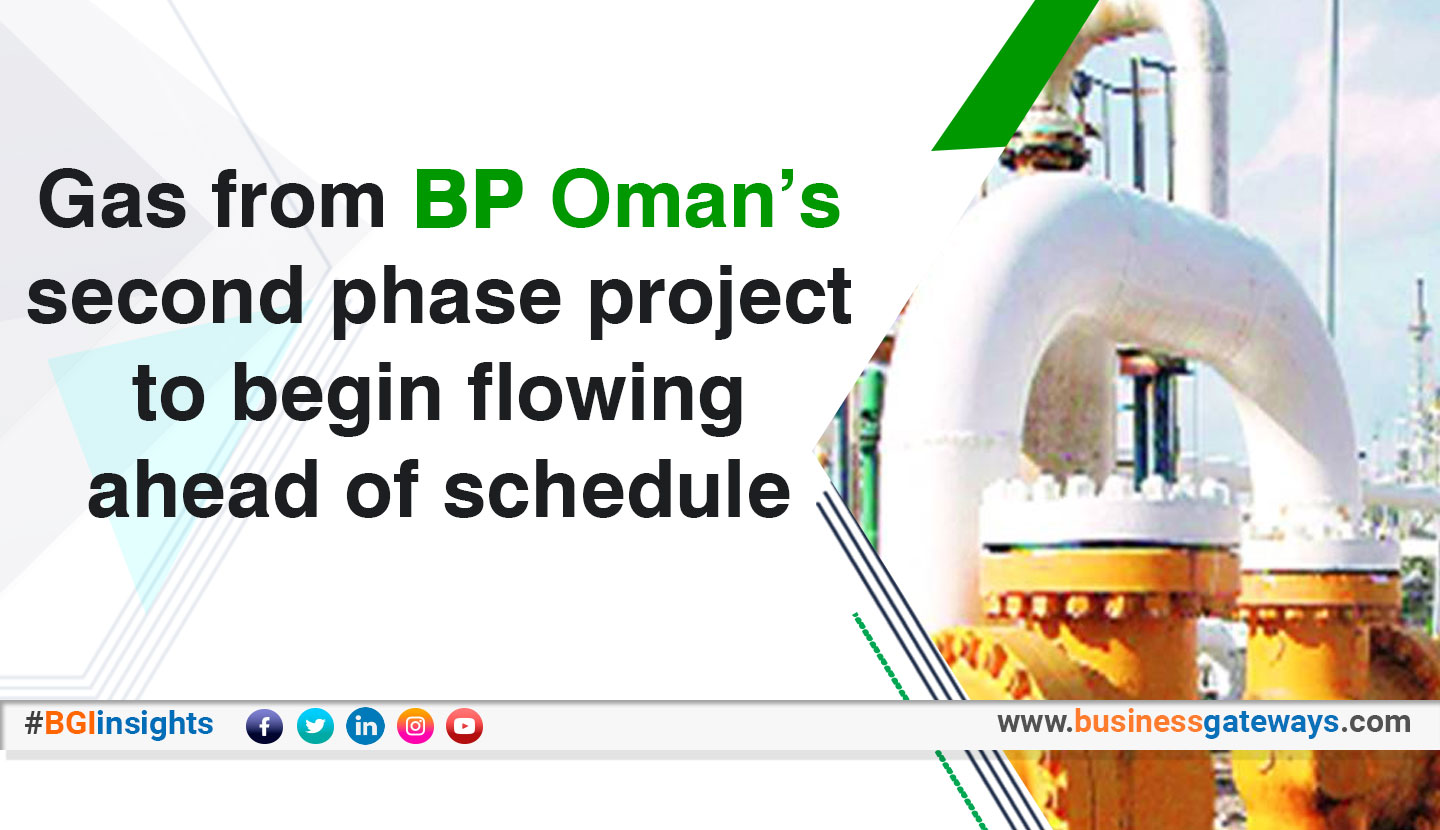 Natural gas from BP Oman’s Ghazeer field in Block 61 could begin flowing into the country’s gas grid from as early as the fourth quarter of this year, well ahead of the Q1 2021 timeline originally envisaged by the partnership behind the landmark venture.

According to Salim bin Nasser al Aufi, Under-Secretary of the Ministry of Oil and Gas, accelerated implementation of the Ghazeer development — representing Phase 2 of BP Oman’s strategy to unlock the tight gas potential of its Block 61 licence — bodes well for additional volumes of gas to begin flowing ahead of schedule.

“We are working on the mechanism to see how we can bring (the additional volumes) on stream this year in terms of supply and demand, but from the plant (construction) perspective, they are all set to start bringing it on stream by the fourth quarter of this year,” said the official.

Gas production from the Khazzan gas field in Block 61 commence in September 2017, marking the first phase of a mega project — one of the largest of its kind in the region — to harness the Block’s tight gas reserves. Output from the Block currently averages 1 billion cubic feet (bcf) per day. Production is expected to soar to 1.5 bcf/day when the Ghazeer reservoir is slated to be operational as well, starting from later this year.

Al Aufi, who had toured BP Oman’s Central Processing Facilities in central Oman last week, described his visit as “fantastic”. Construction work on a third processing train is being speeded up, auguring well for the early delivery of Phase 2, he noted.

“Going by their experience of the last train, which was completed much faster than the original plant, that experience and knowledge will hopefully help them come up with the third train as fast as possible,” said the under-secretary, adding that production from Phase 2 is expected to be gradually ramped up to the overall’s project’s plateau of 1.5 bcf/day.

While volumes from Phase 1 and 2 will effectively lift Oman’s aggregate gas output by around 30 per cent, it will not however result in any net surplus, according to Al Aufi. “All of these volumes are already committed. The only portion that’s not committed is perhaps those volumes accruing from the few months of acceleration in the implementation of Phase 2,” he added.