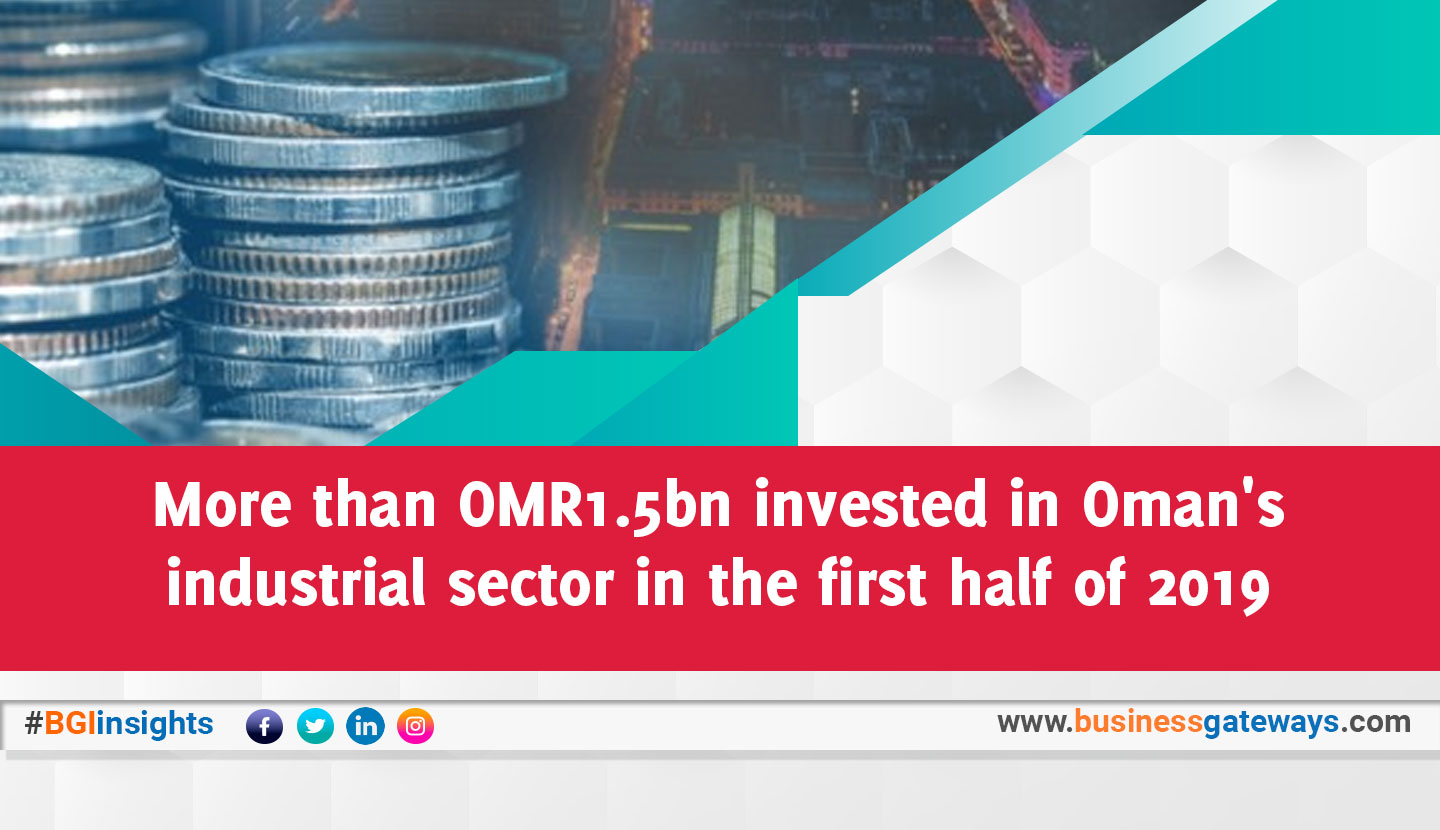 Reflecting the growing role Oman’s industrial sector is playing in the country’s economic development, the foreign investment in this sector stood at OMR1.5 billion at the end of the first half of 2019.

Data from the National Centre for Statistics and Information (NCSI), and shared by the Ministry of Commerce and Industry, showed that the value of foreign investment in the industrial sector at the end of the first half of 2019 was OMR1,592.2 million, compared to OMR1,202.9 million during the same period for the year 2018.

Commenting on this, Sami bin Salim Al Saheb, the Director General of Industries at the Ministry of Commerce and Industry said, “The Ministry is focusing on implementation of the Oman Vision 2040. It is making efforts to implement its industrial strategy 2040 to achieve the objective of the Oman Vision 2040. It is doing this by developing and improving unique products, which makes the health of the people better and are for their welfare. It wants that these products should reach every nook and corner of the country and find markets abroad as well.

“Among its method is to attract investments and create jobs in all economic sectors,” he added. “For this objective, it also looks forward to the concerted efforts of all. The local additional value or in-country value was one of the major tools for implementing the industrial strategy 2040.”

NCSI data also reported that this sector contributed OMR2.914 billion of the gross domestic product for 2018 reflecting a growth rate of 7.6 per cent. Omani industrial exports totalled OMR4.3 billion, in 2018, while there was an 8.4 per cent increase in the number of Omanis working in this sector at the end of 2019, reflecting a total of 32,335 locals employed in this sector. The value of industrial activities registered in Oman was OMR3.815 billion, at the end of the third quarter of 2019.

On the importance of the employment of Omanis, Sami Al-Sahib said, “The Ministry has formed a technical team to monitor the recruitment in the manufacturing sector to ascertain if it is according to ministerial decision number 55/2019.

The team is headed by the Director General of Industries and has members from concerned authorities. There is also another team to support the work of the technical team. With the efforts of these teams, about 10,000 more jobs were created for Omanis.

“The Public Authority for Industrial Estates (Madayn) has played a leading role in development of the industrial sector,” he explained. “It revitalised the economic sectors associated with it by giving them facilities and incentives to attract local and foreign investments in industrial projects. The number of industrial areas in the Sultanate has reached nine, including those in Rusayl, Sohar, Raysut, Nizwa, Sur, Al Buraimi, Samail, and Al Mazyona.”

The cumulative investment volume in the various industrial cities by the end of 2018 reached about OMR6.57 billion. The general approach of the Ministry was to establish more industrial zones in different regions of the Sultanate.

“To improve the quality of Omani industrial products and encourage competition among them, the Sultan Qaboos Award for Industrial Excellence is organised every two years,” he explained. “Major improvements were made in the process of this award, including in the criteria and basis of evaluation for which now global models and standards are followed. It brought positive results in the form of improvement of production and quality.”

In his efforts to expand Oman’s economy in a sustainable and steady manner, the late His Majesty Sultan Qaboos bin Said bin Taimour helped lay a strong foundation for the sector in this country, and personally visited the Rusail Industrial Estate on February 9, 1991.