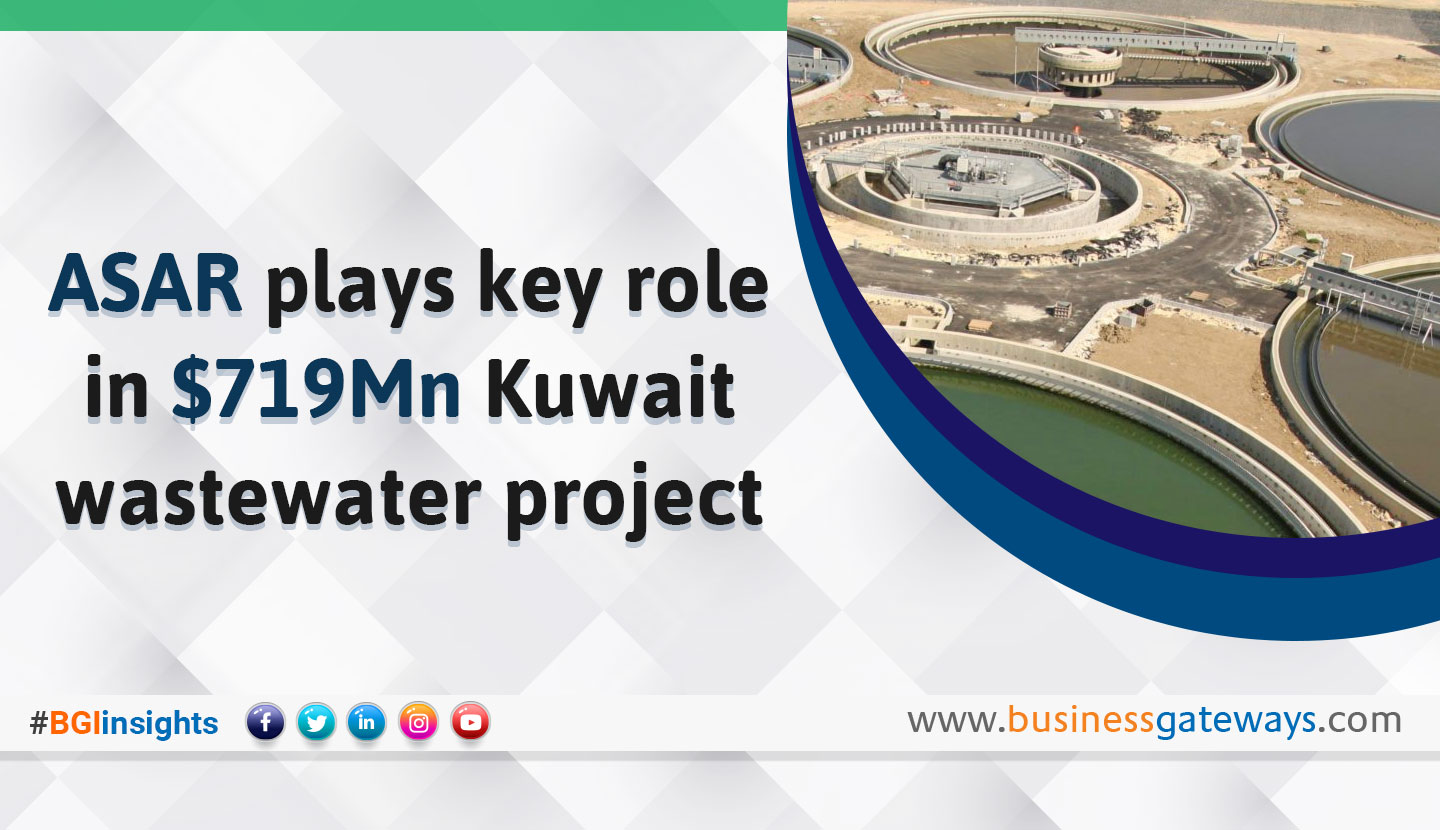 Leading Kuwaiti corporate law firm Al Ruwayeh & Partners (ASAR) said it is playing a key role as a legal counsel for the consortium led by Germany's WTE Wassertechnik GmbH Group which has secured a $719 million wastewater treatment plant contract in the country's Umm Al Hayman region.
Kuwait had in 2018 signed up the WTE consortium, which also included International Financial Advisors Holding, for developing the plant as a Public Private Partnerships (PPP) project under the auspices of the Kuwait Authority for Partnership Projects (KAPP) and the Ministry of Public Works.
As the main contractor, WTE will be responsible for the design and construction of the sewage treatment plant and in partnership with other contractors, the construction of a 450km sewage transmission network including pumping stations with a contract value of $1.1 billion.
The scope of work includes the construction of a new sewage treatment plant within the boundaries of the current Umm Al Hayman water purification plant, to treat wastewater with an initial capacity of 500,000 cu m of average daily flow, as well as the construction of 450 km of sewage and treated water transmission lines and the construction of an electricity substation.
The sewage treatment plant, that will utilize the latest wastewater treatment technology, will be designed with a 200,000 cu m per day capacity and on completion, the plant will boast a total capacity of 700,000 cu m per day.
The project is being developed in two parts, First as per the build, operate, transfer (BOT) system and the Second according to the design, build and operate system (DBO), said ASAR in its statement.
With an estimated total construction cost of $1.8 billion (excluding financing and operating costs), the Umm Al Hayman Wastewater Treatment Plant Project will be one of the world's largest and most complex water treatment projects.
This large and complex PPP project sets numerous precedents in terms of the documentation, structuring, procuring and financing of PPP projects in Kuwait that is bound to influence future PPP projects in Kuwait, and in the rest of the Gulf region, said the statement.
In addition to advising on this ground breaking PPP project, the first one to be successfully procured under the PPP Law, ASAR has worked alongside Hogan Lovells LLP Frankfurt (international counsel) and the consortium on the negotiation of all the project agreements (including the TST PPP Agreement, the shareholders’ agreement and the EPC agreements).
The ASAR team involved in the project included Ibrahim Sattout (Partner), Mohammed Abulwafa (Partner), Akusa Batwala (Partner), Dania Dib (Senior Associate), and Talal Bijjani (Senior Associate) along with other associates in the firm, it stated.
On its role, Sattout said ASAR is delighted to have acted on behalf of the consortium on this landmark project of utmost importance to Kuwait. Following our involvement in Az Zour North I IWPP, the first-ever IWPP project concluded in Kuwait, our involvement in this project is a testament to the strength and depth of the confidence that international investors have put in us.
This latest deal highlights ASAR capabilities in servicing international investors in the Kuwaiti market he added.
Batwala said, ASAR is thrilled to have been a part of this ground breaking and precedent setting PPP project that was over four years in the making.
We were privileged to have worked with and represented the world class consortium in this high profile transaction and we appreciate the confidence and trust that they put in our firm. We look forward to continuing to assist our clients in delivering this project he added.
With dedicated offices in Kuwait and Bahrain coupled with its associated offices and relationships, ASAR provides clients across an extensive range of industry sectors with comprehensive legal advice and support for their business activities in Kuwait across the GCC and beyond.